Founded in 1980 by Robert Redford to promote the art and craft of filmmaking, the U.S. Film Festival, rebranded as the Sundance Film Festival in 1985, has long been a beacon for American independent cinema. Ever since then, the annual January event has increased its prestige and importance, developing into a major showcase of the upcoming year’s new movies, by artists both established, new and somewhere in between. With the dangers of Covid-19 remaining very much a threat, the screenings have moved online, as has been the case for almost every festival since last year’s Sundance (which we here at Hammer to Nail were lucky enough to attend in person). However, unlike SXSW and Tribeca, the Sundance staff has had time to really consider and plan a virtual festival, complete with its own AppleTV and Amazon Fire Sundance 2021 apps and virtual waiting rooms where audiences can congregate and gossip about what’s hot and what’s not as if they were chatting on a Park City shuttle bus.

What follows is a list of this year’s Sundance films we have either seen already and recommend, or are our most eager to see. The 2021 program includes 71 feature-length films, representing 29 countries and a record 38 first-time feature filmmakers. That may be slimmed down from the 118 that played in 2020, but still makes for a substantial slate. Here are our (Christopher Llewellyn Reed (CLR), Matt Delman (MD), Bears Rebecca Fonte (BRF) and Melanie Addington’s (MA)) respective choices:

On the Count of Three: Jerrod Carmichael has established himself as a popular comedian who also has an artistic edge. Though in film he usually pops up in supporting roles in memorable scenes (Mid 90s, Neighbors), he’s already been able to develop his voice through television. Expect his first feature to have a more “Home Videos” vibe, rather than “The Carmichael Show.” Or maybe it will be totally different. Carmichael’s buddy Bo Burnham had his breakout moment at Sundance for Eighth Grade that pushed him in a completely new direction while staying true to his roots of adolescent ennui. Will On The Count of Three, a buddy comedy where two best friends make a pact to kill each other, be that next big arrival? (MD)

Strawberry Mansion: Before there was TikTok there was Vine, and on Vine there was Sylvio, a devolutionary hero who wanted nothing more than to express himself through his delicately made hand puppets. Also, he was a Gorilla. Albert Birney and Kentucker Audley follow up on their vine-sourced debut with a sci-fi romance about a tax collector who audits people’s dreams. Since it currently feels like we have woken up from a dystopian nightmare, I’m ready to get tucked in again with Birney and Audley’s surrealistic escapism. (BRF) 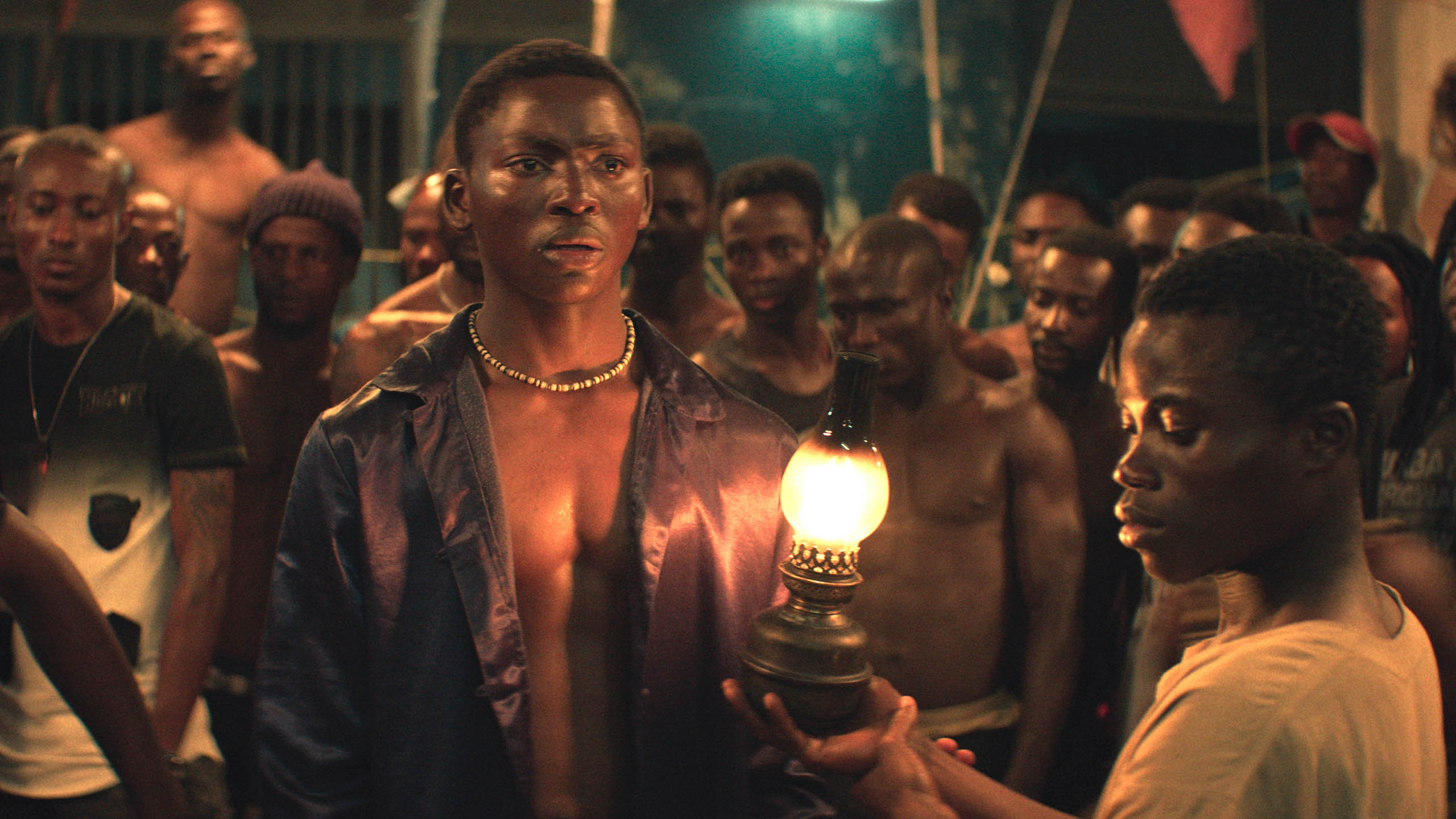 l-r: Koné Bakary and Anzian Marcel appear in NIGHT OF THE KINGS, by Philippe Lacôte, an official selection of the Spotlight section at the 2021 Sundance Film Festival. Courtesy of Sundance Institute.

Night of the Kings: I saw (and reviewed) “Night of the Kings” as part of the 2020 New York Film Festival. In his latest film, Ivorian director Philippe Lacôte (Run) explores the intersection of myth, folklore and post-colonial discontent in a gripping jailhouse drama filled with fascinating, three-dimensional characters, each with his own survivalist agenda. Set in Côte d’Ivoire’s capital city of Abidjan’s MACA prison, the movie follows the high-stakes narrative of a new convict thrown into the middle of a deadly power struggle between rival factions. (CLR)

Wild Indian: This Oklahoma-filmed directorial debut of Lyle Mitchell Corbine Jr. follows the story of two Anishinaabe men who long ago covered up the murder of a schoolmate. After they finally reunite, their traumatic secret must be confronted. Director Corbine is of the Bad River Band of the Lake Superior Chippewa Indians. The film is also produced by and stars Jesse Eisenberg. Honestly, every film about confronting trauma this year will resonate with the majority of us as we reckon with 2020. (MA)

Users: Director Natalia Almada is the recipient of the 2012 MacArthur “Genius” Award, whose work combines artistic expression with social inquiry to make films that are both personal reflections and critical social commentaries. So it’s no wonder that the (now Laura Poitras-less) “FIeld of Vision” backed her documentary about the effects of technology on humankind. Described as ‘Malickian,’ this artistic doc is guaranteed to weird you out. I have yet to see it, but I hope it’s as good as Werner Herzog’s Lo and Behold: Reveries of the Connected World and not some corny dramatization using actors to personify artificial intelligence. I’m optimistic. (MD)

The World to Come: I’ve been waiting for this film since I read about Vanessa Kirby’s breakout performance when it premiered at Venice. In a Sundance remarkably light on LGBTQ stories, Mona Fastvold’s 19th century frontier drama about two women finding each other in the spaces their husbands leave in between embraces the latest arthouse trope – doomed period queer romance (Portrait of a Lady on Fire, Ammonite). Unfortunately the script is written by two men, and the director and both of the sapphic stars are all straight as far as I can tell. Yet in a Sundance where I can count the stories about Queer Identity on one hand, I’m not going to miss my steamy settler bodice rip fix. (BRF)

Prime Time: Set in Poland’s capital of Warsaw on December 31, 1999, director Jakub Piatek’s debut feature offers an affecting portrait of a man and country in crisis. Bartosz Bielenia (Corpus Christi) stars as the 20-year-old Sebastian, who takes a television host and security guard hostage as the nation prepares to make its uneasy transition to a new millennium, just over a decade after its break from communism. No one is quite sure what he wants, yet one thing is certain: not what he currently has, which is nothing. Bielenia delivers a gripping performance, ably supported by a fine ensemble. (CLR) 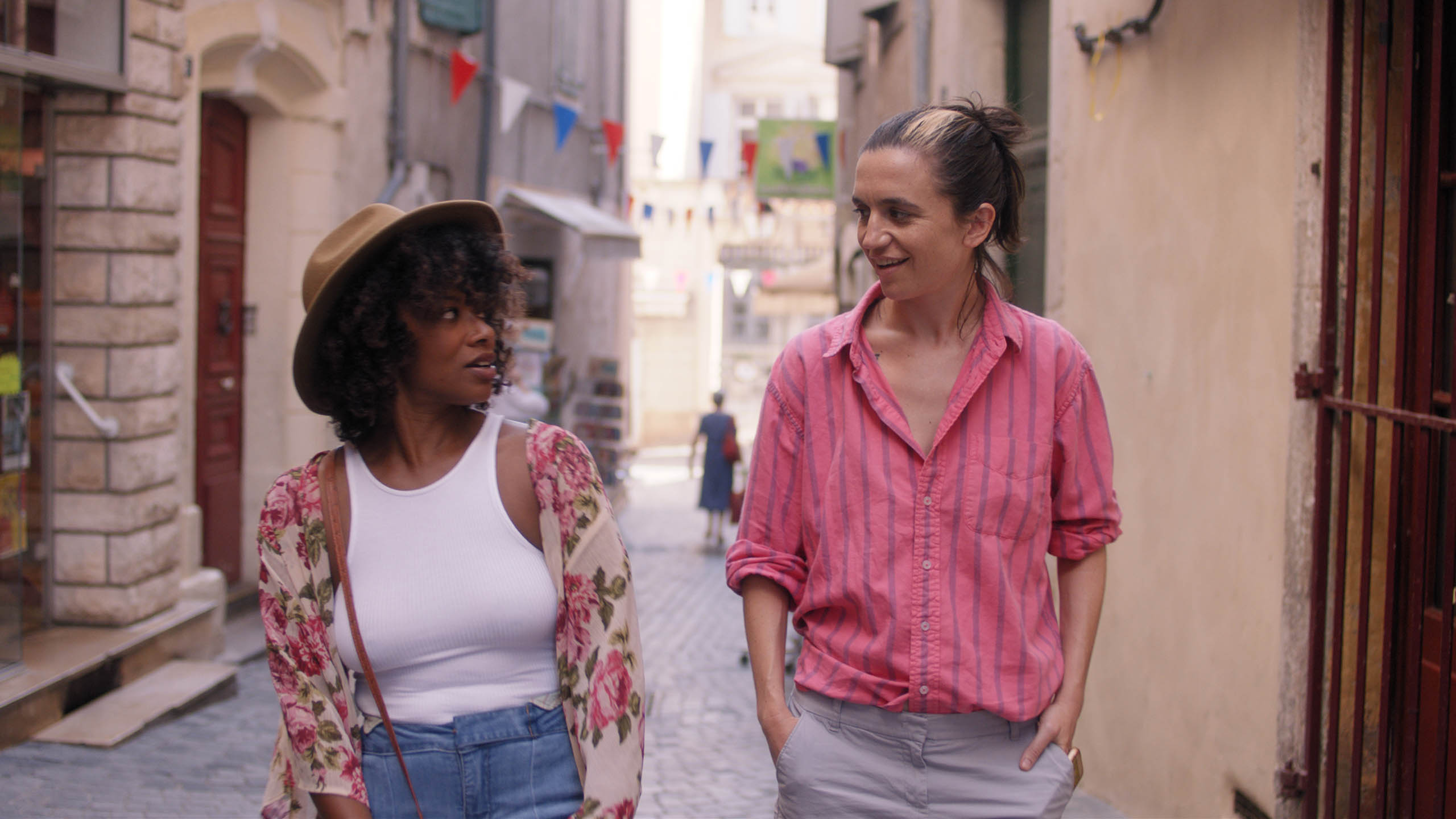 l-r: Idella Johnson and Hannah Pepper appear in MA BELLE, MY BEAUTY, by Marion Hill, an official selection of the NEXT section at the 2021 Sundance Film Festival. Courtesy of Sundance Institute | photo by Lauren Guiteras.

Ma Belle, My Beauty: I am always a little bit more excited when southern filmmakers get a film into Sundance and there is no exception with New Orleans native Marion Hill. Her film offers a story set in southern France (another south!), where we follow two women who reunite after a polyamorous past. (MA)

Cryptozoo: Dash Shaw’s My Entire High School, Sinking Into the Sea captured the imagination like few films do. Sure, animation allows you to create your own world, but his film about social mobility and overcoming adolescence took risks like a work of abstract art all the while remaining completely accessible. Five years later Shaw invites us into a zoo full of fantastical creatures and eaters of dreams. I expect his cynical magical realism will find some way to force us to judge unicorns as the freaks they are. (BRF)

Rebel Hearts: In the heady aftermath of Vatican II (1962-1965), many in the Catholic Church believed that true reform was possible, bringing greater rights to women and others within the long-stagnant institution. Among them were the nuns of the Sisters of the Immaculate Heart of Mary order in Los Angeles, who challenged the Catholic patriarchy as they fought to be free of age-old rules. Director Pedro Kos (Bending the Arc), using a wealth of archival material, celebrates their battle and chronicles its full history, then and now. (CLR)

CODA: Last year’s Sundance opened with Crip Camp, and this year, another disability theme opens the festival with CODA. The title stands for “Child of Deaf Adults” and follows the story of a hearing person in a deaf family. Directed by Siân Heder, who follows up from her first 2016 feature, Tallulah, the film is sure to be authentic. (MA)

Judas and the Black Messiah: OK I know this one has been getting a huge marketing push from Warner Bros, so I probably don’t need to tell you about it. It’s coming out in theaters and HBO Max on February 12th. But we get to see it first! And that’s one of the perks of Sundance, catching something big like Get Out or Mudbound before anybody else. Typically the Oscar contenders arrive in the fall at the Toronto or New York Film Festivals, but with the awards calendar getting pushed back, we may have a couple Sundance premieres sneak in for this year’s Academy awards. Look out for energizing performances from Daniel Kaluuya and Lakeith Stanfield. (MD)

Sabaya: This harrowing portrait of Yazidi refugees in Syria fighting to rescue their daughters still in ISIS captivity proves an example of true documentary courage. Filmmaker Hogir Hirori throws himself and his camera in the middle of dangerous armed interventions along with his subjects. As horrible as the tales of kidnapping and rape may be, the movie gives hope that all is not lost as we see the resilience and bravery of the human spirit on full display. (CLR)

Street Gang: How We Got to Sesame Street: Long before I ever moved to Mississippi, Jim Henson was my inspiration, from Labyrinth to Sesame Street. Moving to the state of his first home, where he played on the banks of the creek with his friend Kermit, I continue to celebrate his legacy. This film is based on the book by Michael Davis about the origins of the show and is set to release on HBO MAX later this year. (MA)

The Dog Who Wouldn’t Be Quiet: Directed by Argentinian Ana Katz, the trailer for this black and white foreign language film feels like a fever dream. I’m reminded of Embrace of the Serpent, with its stunning cinematography and magical realism. The summary basically boils down to: a sudden catastrophe upends the life of an ordinary man in his thirties and his titular dog. So who knows what it’s about, but everyone loves dogs, so why not give it a try? This one could be a real discovery. (MD) 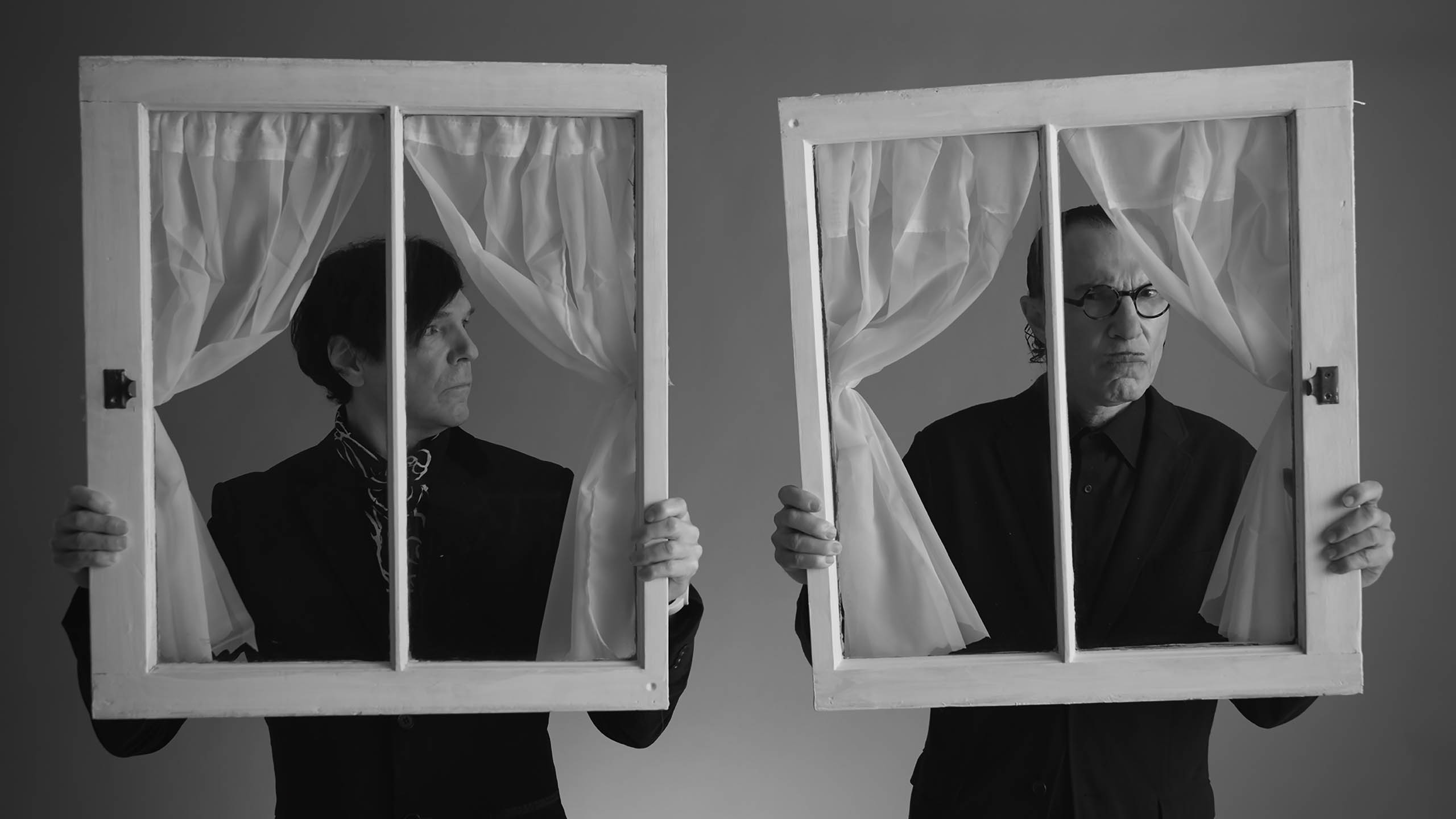 A still from THE SPARKS BROTHERS, by Edgar Wright, an official selection of the Premieres section at the 2021 Sundance Film Festival. Courtesy of Sundance Institute | photo by Jake Polonsky.

The Sparks Brothers: People like Edgar Wright don’t typically make documentaries (yes, that Edgar Wright, as in Shaun of the Dead and Hot Fuzz Edgar Wright). Then again, bands like Sparks don’t often last 50 years. Mixing Syd Barrett surrealism with Cole Porter wit and New Order danceability, brothers Ron and Russell Mael have created a discography both beguiling and begrudging. I mean this is a band that released a song where the primary lyric is “Your Call Is Very Important To Us. Please hold.” (BRF)

Writing with Fire: Much like the 2020 A Thousand Cuts, Ramona Diaz’s searing examination of mostly female journalists working to expose the corruption of the Philippines’ increasingly authoritarian state, directors Sushmit Ghosh and Rintu Thomas’s Writing with Fire follows the heroic efforts of a group of Dalit (India’s lowest caste) women, founders of Khabar Lahariya, a newspaper devoted not only to coverage of the underclass but to holding the powerful to account. Theirs is anything but an easy task, yet they persevere and often succeed in this bracing and inspiring documentary. (CLR)

Passing: Actor Rebecca Hall takes her turn at directing in the film (also a book adaptation) about two bi-racial women in “passing” for white in 1929 America. Hall has been open recently about her own bi-racial identity and how the film helped her explore that history. The conversations around the film should be enlightening in our current moment of racial reckoning. (MA)

And that’s it for our preview. Curious how you can see some or all of these? Visit the festival website for information on tickets to virtual screenings. Hope to see you there!

Like what you see here on Hammer to Nail? Why not give just $1.00 per month via Patreon to help keep us going?) 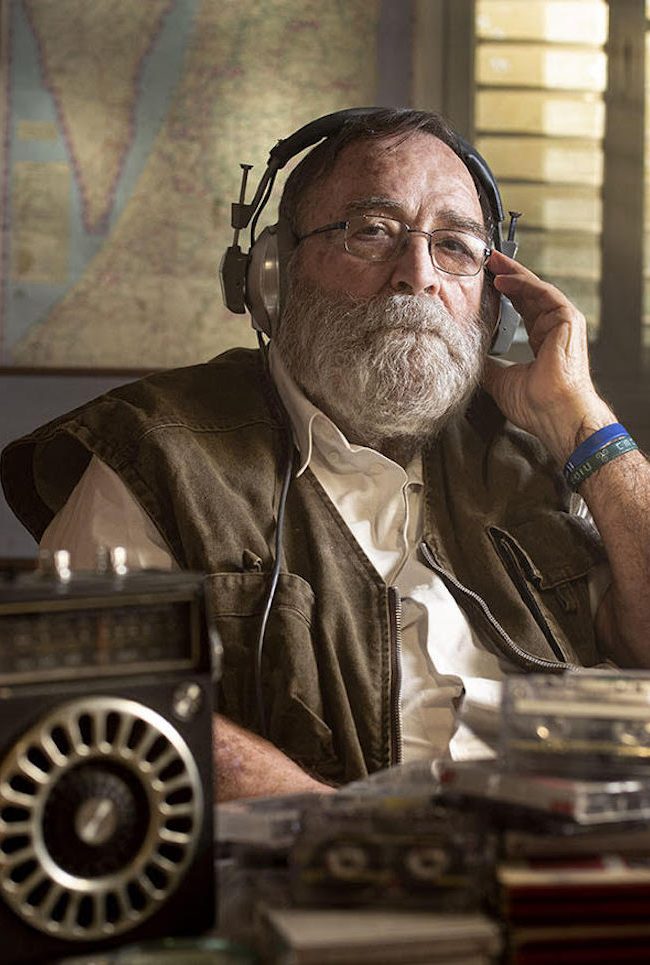