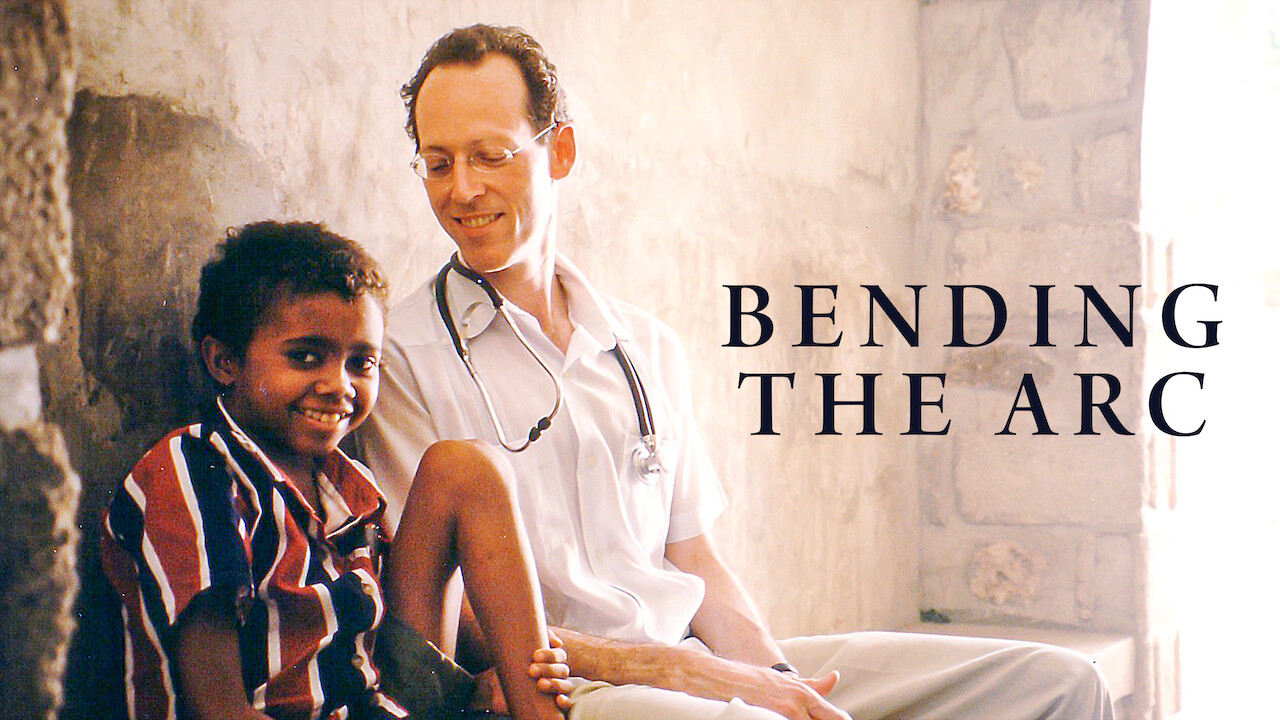 (After an impressive film festival run which saw the documentary playing both SXSW and Sundance, Kief Davidson and Pedro Kos’s Bending the Arc opened this weekend in New York at the Village East.)

A powerful documentary about the struggle to improve health systems in impoverished communities around the world, Bending the Arc – which takes its title from a famous quote by the 19th-century Unitarian minister and abolitionist Theodore Parker (paraphrased by the Reverend Martin Luther King, Jr., in his own speeches) – is a work of probing insight that nevertheless, at times, comes uncomfortably close to behaving like a promotional video. Fortunately, the cause and people promoted are more than worthy recipients of such attention. Co-directors Kief Davidson (A Lego Brickumentary) and Pedro Kos (primarily an editor, including on Jehane Noujaim’s 2013 The Square) train their lens on the men and women of Partners in Health (PIH), a non-profit organization founded in Haiti in the 1980s to combat the myriad medical issues, including tuberculosis (TB), of that poor nation. Over the course of 100 minutes, Davidson and Kos trace PIH’s successes and failures, along the way chronicling the entrenched colonial attitudes of the developed world towards its less fortunate neighbors, and how, if left unchallenged, these views result in untold tragedy and death.

Though the film’s human subjects and heroes are many, our primary focus is on Drs. Paul Farmer and Jim Yong Kim, as well as on Ophelia Dahl (daughter of the actress Patricia Neal and the writer Roald Dahl), three of the founders of PIH. Mixing current talking-head interviews and observational footage with archival video from the past 30 years, the directors explain, clearly and concisely, the health crisis that first drew the young idealists to Haiti. Then, jumping backwards and forwards in time, they explain the growth of the organization beyond Haiti’s borders (to Peru, Rwanda, and beyond). One of the great innovations of the group was its early understanding that prescription and treatment were not enough to cure entrenched illnesses. They came up with the idea of “accompagnateurs” (in French because, well, Haiti), or people who would check in with patients to make sure they were taking medicine, as needed, and also to remove the fears and superstitions felt towards Western doctors (given the history of colonialization). Miracle of miracles (or, you know, science), their persistence and hard work paid off, and they made great inroads towards curing TB. On to other countries!

Unfortunately, what these medical pioneers soon discovered was that the global deck was stacked against them, with the World Bank holding a royal flush. As we learn in the film, an unintended consequence (we hope) of the financial policies of the world’s economic leaders is to cripple developing nations with debt so that their only way forward is to cut healthcare and education, which then lead to underserved populations that cannot lead the countries out of debt. But these are wily folks, and Bending the Arc offers a compelling narrative of triumph, in which PIH saves actual human beings from the scourge of neglect. In an even more cathartic plot twist, one of PIH’s founders ends up in a position atop one of the organizations that initially obstructed his group’s progress. Nothing like positive payback.

Beautifully shot and edited, the movie does justice to its subjects. Still, it has that promo-video quality, at times – approaching hagiography – that detracts from its perfection. I understand: they are fine souls. Even beyond the above-mentioned doctors and organizers, all the local organizers and workers are saints, as well, sacrificing their own health (and lives, when they come up against Ebola in Rwanda) for a better world. But we don’t need to be told this: their good deeds should speak for themselves. Barring that breathless approach, Bending the Arc is a film well worth watching, a testament to the power of idealism and strong will. Long live these selfless activists.