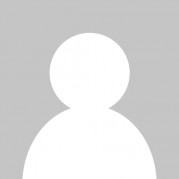 TIME IS LUCK (or, “a catechism of non-attachment”)

The Vertigo Effect at BAM: A Review

Listen to Me Marlon