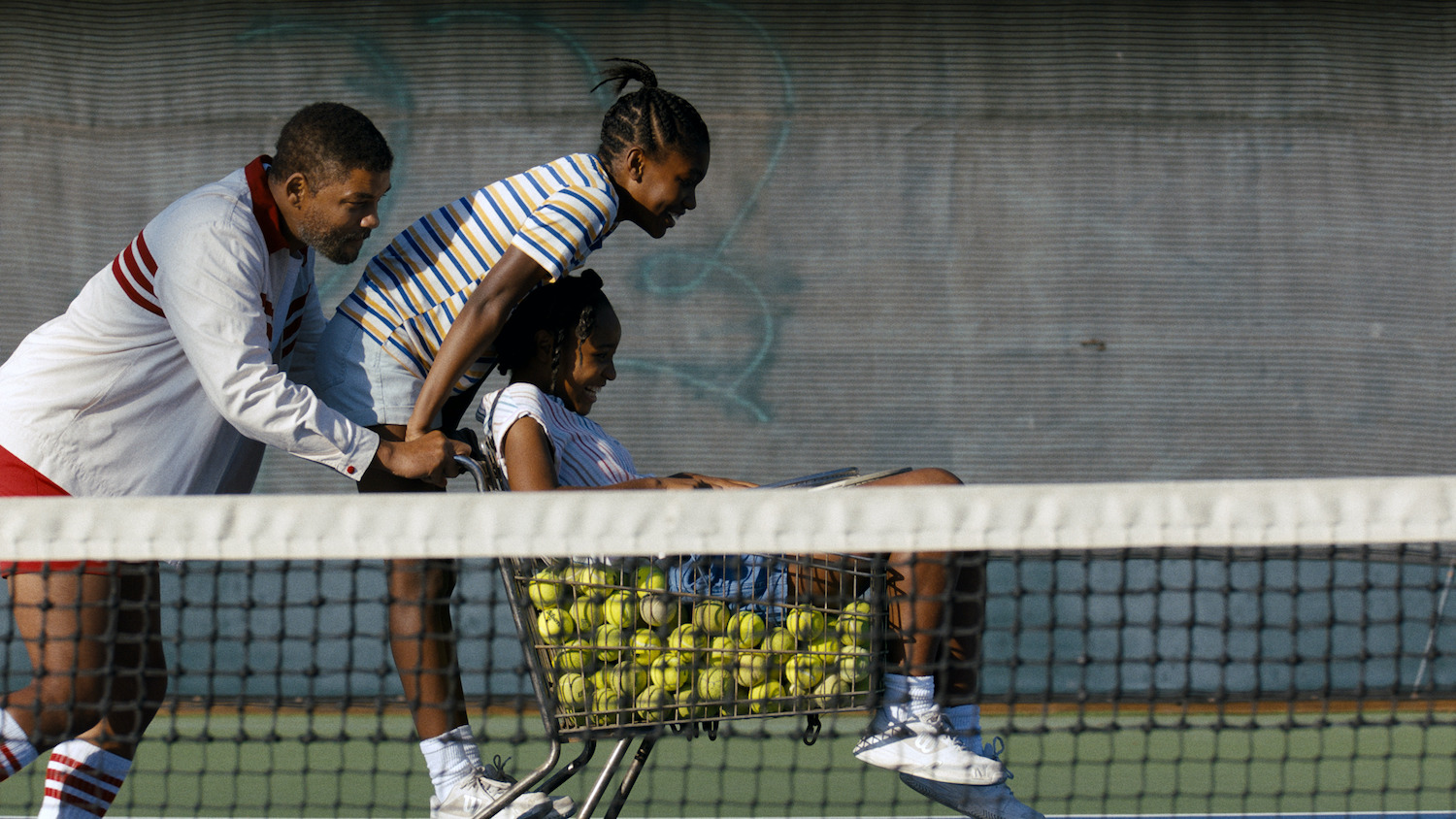 (Did you know filmmaker Reinaldo Marcus Green is a former winner of the Hammer to Nail Shorts Contest!?! His latest, King Richard stars Will Smith and opens nationwide on Friday, November 19. Like what you see here on Hammer to Nail? Why not give just $1.00 per month via Patreon to help keep us going?)

Tennis star Venus Williams turned pro at age 14, playing in her debut U.S. Open at 17, reaching the finals but losing to Martina Hingis, and then winning both Wimbledon and the Open at 20. Close on her heels was her younger sister (by a little over a year) Serena, who in 1999 became the first of the pair to win a Grand Slam tournament, defeating that very same Hingis in the U.S. Open. Today, though Serena has emerged the more formidable sibling, in terms of match victories, they both serve as equal inspirations in the world of elite sports. In his new film, King Richard, director Reinaldo Marcus Green (Monsters and Men) explores the man, the myth, and the legend  behind Venus and Serena’s success: their father, the eponymous hero. Starring a terrific Will Smith (Bright) in the title role, the movie mixes humor and drama in an effective combo to tell a modern-day fairy tale (with all the risks, dangers and rewards of such narratives) of what happens when talent and perseverance come together.

When first we meet Richard, he is working the tennis circuit, looking for a coach for his two hopefuls (out of five daughters). No one bites, in part because he is nobody, and also because he is Black and poor. Working as a nighttime security guard, he somehow finds the time during the day to train Venus and Serena in the ways of the game, chanting (and posting in the background), his constant mantra of “if you fail to plan, you plan to fail.” His wife, Oracene, aka Brandy (Aunjanue Ellis, Hippolyta in HBO’s Lovecraft Country), is equally diligent in the girls’ upbringing, but the big idea of conquering the tennis world belongs to Richard. It’s not as there have been no great Black champions, before (think Althea Gibson or Arthur Ashe), but it is still a universe populated by mostly white players. And it requires money, for equipment but mostly for the courts and the training. Despite the Williams’ financial struggles, Richard still manages to raise some excellent prospects, all the while, along with Brandy, making sure that all five girls stay grounded in everyday life, too.

He can be a harsh taskmaster, as well, though Green and screenwriter Zach Baylin alternate between comedy and seriousness in their presentations of Richard’s behavior. This becomes especially true once he finally lands first one coach and then, a few years later, another, each to bring Venus and Serena’s skills to a higher level. They are Paul Cohen (Tony Goldwyn, All I Wish) and Rick Macci (Jon Bernthal, Small Engine Repair), and though they come to the table with an eye to bettering their trainee’s prospects, in some ways the biggest obstacle is Richard, himself, who is terrible at giving up control. But he is not so rigid that he can’t change, and some of his decisions, such as holding off on allowing the girls to go pro too early, prove correct, given the burnout of other young stars like Jennifer Capriati. Both the movie and history are pretty firmly on his side, even if viewing his actions with a sometimes-critical eye.

The young actresses playing Venus and Serena — Saniyya Sidney (Fast Color) and Demi Singleton (Margaret Johnson on Epix’s Godfather of Harlem) — are both just as memorable as Smith, full of longing, passion, drive and vibrant humanity. Bernthal, almost unrecognizable underneath a bowl haircut and mustache, brings frequent comic relief, even as he pushes Richard to allow the girls to compete. The entire ensemble is strong, rounding out the story with a cast of fully formed supporting characters. We may end our journey before any of the big wins, but we know where we’re headed and now have the background to understand the ultimate results.

That said, the film is not without its odd issues, mostly in the form of what one discovers upon a quick web search after viewing. There’s a lot left out of Richard’s background, and the movie leads us to believe that all five girls are his (not that it really matters if he is the one raising them). That’s not the case, as both he and Brandy have had previous marriages. There’s oblique discussion of this, but a quick moment of inattention and you miss the full details. Still, even if King Richard glosses over some aspects of its subject’s life, it nevertheless proves riveting and moving, a tribute to one man’s dreams and efforts to realize them. All hail the king (and eventual queens)!