(Check out Chris Reed’s movie review of Vesper, available now in theaters and on-demand via IFC Films. Seen it? Join the conversation with HtN on our Letterboxd Page.)

Indie sci-fi, when done right, is often a creature of great, innovative beauty, and I have reviewed many such gems for this site (among them Curvature, Prospect, and Time Trap). Add to the list the new Vesper, from directors Kristina Buozyte and Bruno Samper (Vanishing Waves). Set on a post-apocalyptic Earth struggling to recover from ecological catastrophe, the film is part Mad Max, part Hunger Games, and so much more than that combination implies. It’s a return to the Dark Ages, only with aircraft and sentient vegetation. Prepare for something familiar, yet eerily different.

Raffiella Chapman (Homebound) stars in the title role, playing a teen girl doing research, on her own, to help solve the world’s food crisis. She lives alone with her invalid father, Darius (Richard Brake, Offseason), who accompanies her on foraging trips courtesy of a floating drone, shaped like a head (with a face painted on) that is connected to his brain. As an opening title card informs us, the bulk of humanity’s remaining resources are concentrated in cities known as “Citadels,” where the elite live. Vesper and her father have hopes to make it to one of them before long.

Their neck of the (literal) woods is controlled by the cruel, manipulative Jonas (Eddie Marsan, Wrath of Man), Vesper’s uncle (Darius’ brother). Any supplies Vesper might need must go through him, and his price is steep, be it a vial of her blood or her pledge of allegiance; the latter she refuses to give. When a vessel from a nearby Citadel crashes in the forest, however, Vesper gets to its passenger first, allowing her access to genetic secrets that could help her achieve results without Jonas’ help. He is not about to let that happen, however. The race is on.

Much credit should go to the visual-effects team here, as the CGI work is top-notch. Nature is presented as both a threat and a refuge, the plants seemingly more alive than in our own time (and hungry, so hungry), but also able to respond to a gentle touch. Conceptually, though much is derivative here of previous science fiction, the individual details are novel enough to constantly pique our interest. The past informs the present which will no doubt affect the future.

The performances also make the movie, with Chapman and Marsan particular standouts, and Rosy McEwen (Blue Jean), as a mysterious stranger who possibly holds the key to Vesper’s escape, also quite good. Both melancholy and hopeful, filled with the aura and promise of the evening star alluded to by the title, Vesper proves that big ideas can be delivered with limited means. The universe may be a disaster, but at least we still have imagination. 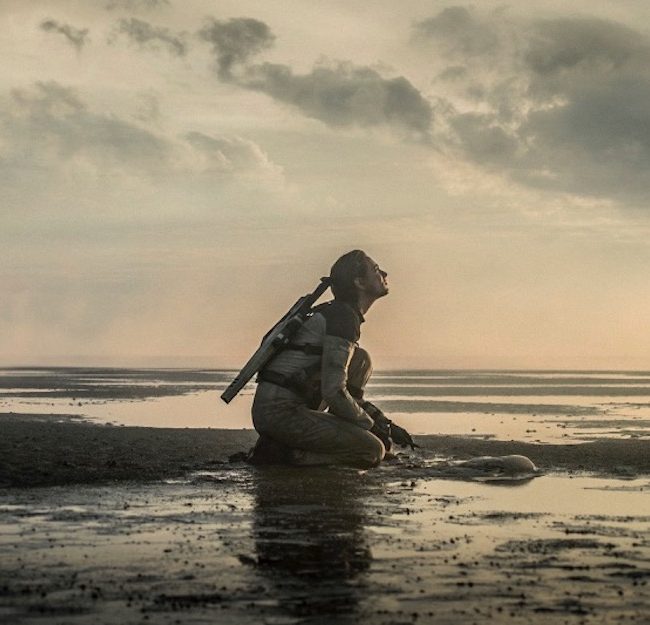