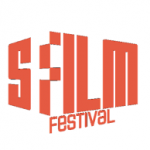 (Jessica Baxter did some legwork at this year’s SFIFF. Here’s her final three reviews from the fest which ran April 5-19.)

Chilean directors Alicia Scherson and Cristian Jimenez teamed up for this tragicomedy about a trainwreck of a man who is ill-advisedly hired by his distant cousin to housesit for the family of 3 while they’re in Paris for several months. The script deftly hits on several beats including a satire of married life with a small child, the weird things people do when they’re alone in a house, and the trope of misunderstandings getting out of hand. Jorge Becker shines as the emotionally stunted house sitter who falls into a relationship with a single mother based on a fleeting ruse in this entertaining, dark, and occasionally poignant film.

Matt Schrader wrote and directed this auditory treat about how music went from simply a distraction from the noise of a projector during silent film screenings to an indispensible part of the movies we love. You can’t think of Jaws, Psycho, or Star Wars without humming the score. Instrumental Gods like John Williams, Hanz Zimmer, and Danny Elfman discuss the nuances of their work and the process behind composing the most iconic music in film history. It’s lots of fun revisiting favorite emotional cinematic moments and also noting the vastly different outfits that score orchestra musicians choose to wear to work, from business suits to sweats. 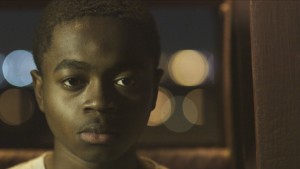 Just when you think you’ve seen every possible take on vampires, Michael O’Shea presents a story that’s both genre subversion and a love letter to other subversive bloodsucker tales. Milo (Eric Ruffin) is a bullied teenage orphan living in the projects with his older brother. Whether or not his bloodlust is supernatural is left ambiguous, but he’s certainly studied. When he hangs with a similarly down-and-out neighbor girl, he ranks the realism of vampire iterations (his favorite being Let the Right One In). Dramatic irony meets urban allegory in a bleak but compelling story that will certainly resonate with fringe audiences.