HALF LIFE IN FUKUSHIMA

(The SFFILM festival ran April 5-19. Here are some reviews from the always popular film festival)

The title of Mark Olexa and Francesca Scalisi’s documentary, Half-Life in Fukushima, is a pun, of sorts. Half-life is the time it takes for the radioactivity of an isotope to decrease to half its original value. It is also an apt term for the life of Naoto Matsumura, a farmer who, along with his elderly father, continues to reside in the Japanese town that was evacuated after the 2011 nuclear plant meltdown caused by the one-two punch of an earthquake and a tsunami. At a mercifully short sixty minutes, Half-Life follows Naoto through his day tending to his farm and caring for his father. His down-time resembles every “last man on earth” style apocalypse film, as he hits golf balls on an empty course, sings a mournful karaoke tune to no one, and chain smokes while watching the news. He lives this way because he knows no other way. There is nothing for him outside the city. He can’t abandon his home, even though everyone else has done just that.

Though Naoto passes the occasional clean-up crew, he leads a nearly solitary existence. Occasionally, the filmmakers layer in sounds of the bustling city over shots of the man walking down the middle of a deserted street. At one point, the ambient noise changes as Naoto wades into the ocean. This time, instead of a thriving cityscape, we hear the screams of terror coming from people who have been told that they must leave or die. It is the reason they have not returned. Naoto is not dead, though he is not exactly alive either.

We are told it takes 10,000 years for radiation to disappear entirely. Naoto tells of men who picked mushrooms in the forest near his farm – mushrooms that he has picked and eaten many times himself. The men ran a Geiger counter over the mushrooms and were aghast at the radiation levels they contained. They did not eat the mushrooms. But try telling the forest animals that the vegetation is poisonous. Try telling that to the cats that scavenge the streets and the rogue ostrich that Naoto befriends. That’s not to say that it’s safe. All of these animals, Naoto included, could very well be in grave danger. But life goes on regardless.

Naoto stops his car at stoplights on empty streets, waiting patiently for red to turn to green. He tends to his cows. He remains, clinging to whatever semblance he can find of the life he once knew. We can leave Fukushima behind when the credits roll, but that’s because to us, Fukushima is a place we never have to visit. To Naoto, it is all there is. For him, leaving is Fukushima is death, even if remaining there yields the same result. It’s a relief when the screen goes black because we can return to the comfort of our lives. But the memory of Fukushima remains and it haunts us like a half-ghost. 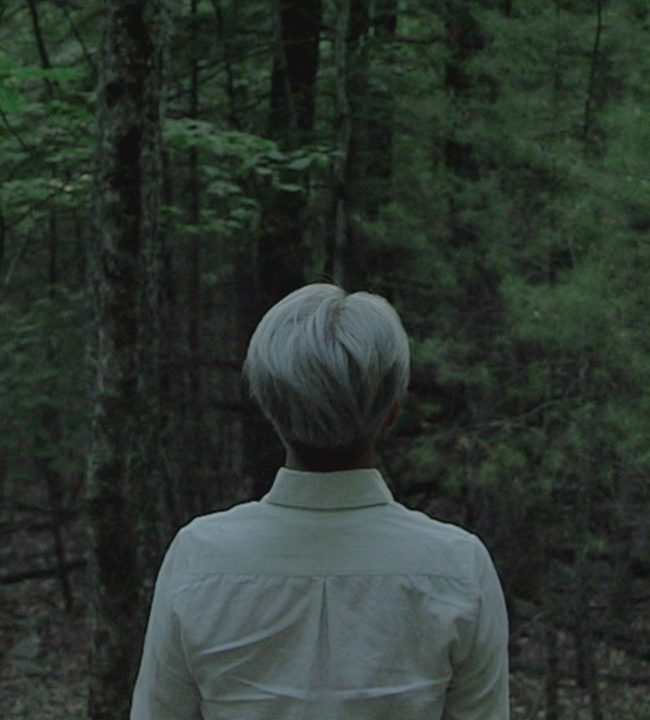