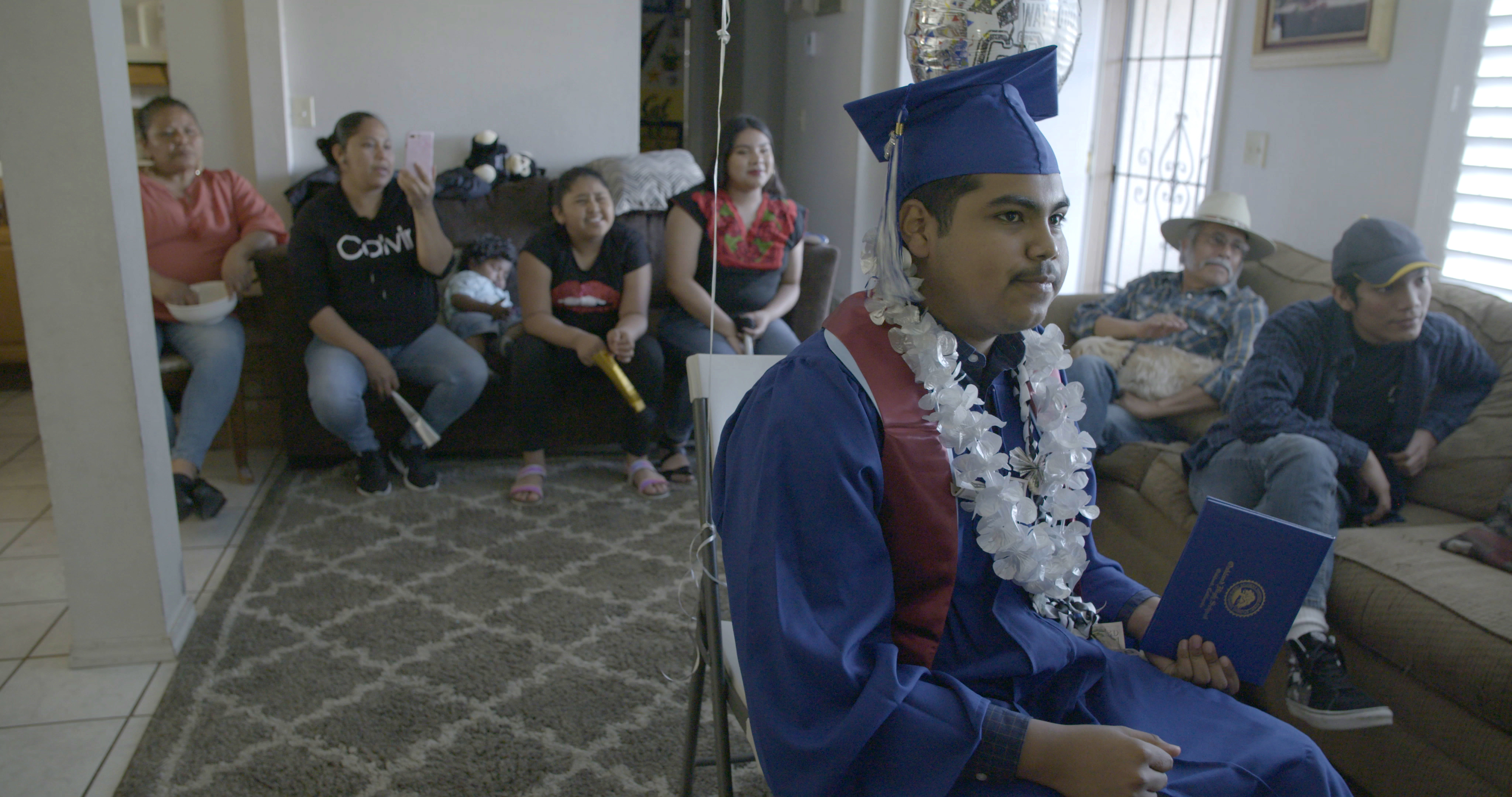 Editors Note: HOMEROOM is now streaming on Hulu. Below is our review from the 2021 Sundance Film Festival.

Director Peter Nicks’ (The Force) new film Homeroom can be considered the next installment of ‘extraordinary youth doing activism’ docs, following in the recent footsteps of Kim A. Snyder’s Us Kids and Nathan Grossman’s I Am Greta. Last spring, as feature film production came to a screeching halt with the spread of COVID-19, documentaries such as Homeroom were able to keep (ethically) shooting. Following a high school class in the 2019-2020 school year presents a certain dramatic irony, with the first half of the film filled with the optimistic trappings of a normal senior year. The students’ candid initial reaction to the COVID news makes for some of the more sardonic scenes, as one kid posits, “If you got a flu shot, you’ll be fine.” But despite COVID upending all our stories this past year, thousands of people still took to the streets to protest racial inequality and police violence in the George Floyd/Black Lives Matter marches. Consequently, the initial thrust of the documentary — that of a student government fighting to remove the police from their school — comes sharply back into focus in the film’s third act. Though there have been many great docs about extraordinary youth, Homeroom turns out to be a one-of-a-kind triumph in the face of adversity.

The city of Oakland looms large in Homeroom, and specifically Oakland High, which is the only high school in the Bay Area with active duty police officers on school grounds. It should come as no surprise that the student body is made up mostly of persons of color. Their two leaders, who represent the students on the board of education, are Denilson and Mika. Denilson is a large and lovable Latino kid with glasses and a wonderful way with words. He has the star power of Steven Garza from Boys State, but a more apt comparison would be to Musa Hadid, the Mayor of Ramallah, recently featured in David Osit’s Mayor. You can see a similarly exhausted, wearied look on his face as disgruntled parents interrupt an important public meeting. Senior year is supposed to be carefree, so why is it incumbent on the students to remove the threat of police violence from their school? (side note: Oakland Mayor Libby Schaaf comes off well in the film with words of encouragement). As budget cuts loom, and the first board vote goes the wrong way, obstacles mount against our protagonists. But Denilson, Mika and the rest of their group are resilient, and by the end it’s clear that history is on their side.

With excellent access, Nicks’ fly-on-the-locker aesthetic brings you back to the hallways of adolescence and into rowdy town halls, both physical and virtual. The second half of the film is filled with Zooms and online/social media visuals that can feel a tad un-cinematic, but it’s simply a reflection of the times we currently live in. The film reminds us that some things are worth leaving the house for, when Denilson makes the decision to join in the George Floyd protests despite having undocumented family members. His initial hesitancy, to protect his family, and then the reveal that he just couldn’t sit this one out, is undeniably inspiring. Any cynicism is wiped away by the end.

Marvelous and maddening in equal measure, Homeroom is a glimpse into our nation’s future and a diverse showcase for the bright leaders of tomorrow. “Defund the police” may not be a winning political slogan, but the argument continues to gain momentum, and Homeroom exemplifies the power of this movement on the micro level. The message that these young activists are sending is clear: keep fighting for what you believe in and real change can happen.