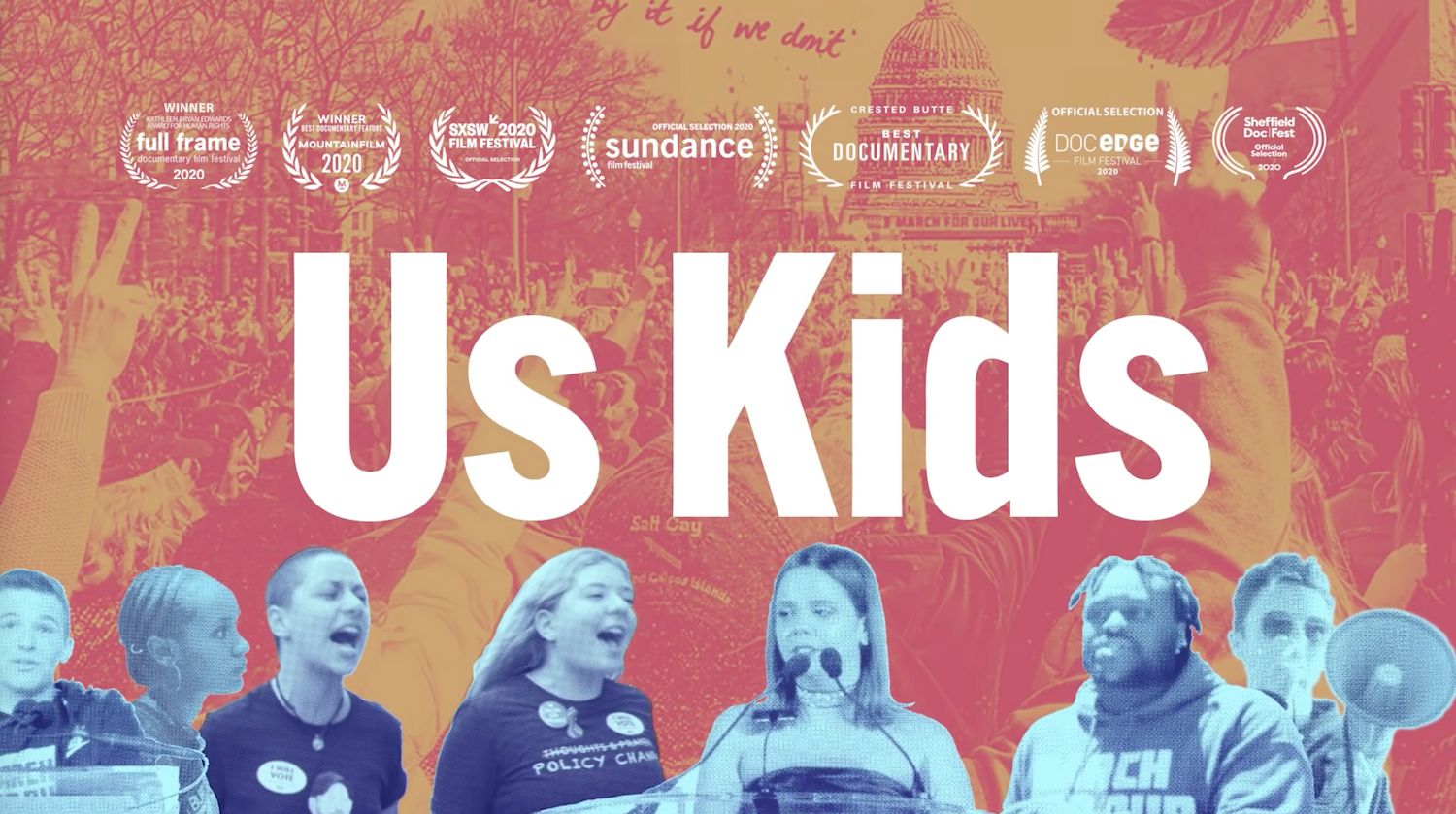 (Kim A. Snyder’s Us Kids is available now on VOD (including for FREE October 30-November 3!). Like what you see here on Hammer to Nail? Why not give just $1.00 per month via Patreon to help keep us going?)

Not to wax all Whitney Houston in her heyday, but “I believe the children are our future; teach them well and let them lead the way.” And the future is now. There is no time to waste on senseless platitudes, usually spouted by right-wing (fake) news outlets, about how youth should be spent on leisure and play, not when that very same youth is robbed of its innocence by the rat-tat-tat of gunfire echoing down school hallways. Such is the very real backdrop to the latest anti-gun violence documentary from director Kim A. Snyder (Newtown), who demonstrates the same kind of perseverance on the issue that we hope the subjects of her new film, Us Kids, will, as well. Given that they are the survivors of the February 14, 2018, Stoneman Douglas High School shootings in Parkland, Florida, who turned their heartbreak and outrage into a national (even international) movement against inaction and helped turn the United States House of Representatives blue again, it seems likely that enough of them will keep fighting the good fight to, indeed, show us the way forward and free us from evil.

Still, that battle bears a burden, as the documentary amply demonstrates, and it is unfair that only they should shoulder it. We follow them closely in the aftermath of tragedy as they first set out on their own, then build a broader coalition. From Parkland, there’s Jaclyn Corin, Sam Fuentes, Emma Gonzalez, David Hogg and Cameron Kasky, whose trajectories from trauma victims to proud (and, eventually, for many, burned-out) activists forms the spine of the narrative. Bria Smith joins them from Milwaukee soon enough, overcoming her wariness of white people to find common cause with fellow sufferers. Attacked by bilious bloviators like Laura Ingraham and Alex Jones, and threatened by vast hordes of gun-toting counter-protesters, they march on – or rather drive on – as their chartered bus takes them around the United States on a motivational tour to gather supporters for their cause.

And what is that cause? To make sure no one else has to go through what they and their classmates did. This means taking on the NRA and the politicians who receive money from that heinous organization. They even stop along the way to speak to those who come out against them, sometimes finding some kind of common cause. As one MAGA-hat-wearing man says to Hogg after one such conversation, “You’re not at all how the media portrays you.” You think? He, like his peers, is a whip-smart teenager with change on the brain, and understands that such change will only happen by talking not only to those who agree with you, but their opposites. The media, however, even when positive, is a problem, for it either reduces our protagonists to the simplest of soundbites or calls them heroes, an appellation that takes its own toll.

But they are still kids (the title comes from a line in one of Gonzalez’s many impassioned speeches), and they do get tired. Fuentes, who was herself shot on the fateful day, also has a tendency to vomit (and then keep going) whenever she speaks in public. Kasky eventually has to stop altogether (“Cameron has fallen,” he says). No one can blame those who demand a break, though we should all be grateful that enough keep going. Perhaps it’s high past time for “us adults” to step up and be the change we see in these vibrant children. Let them be our guide and inspiration.