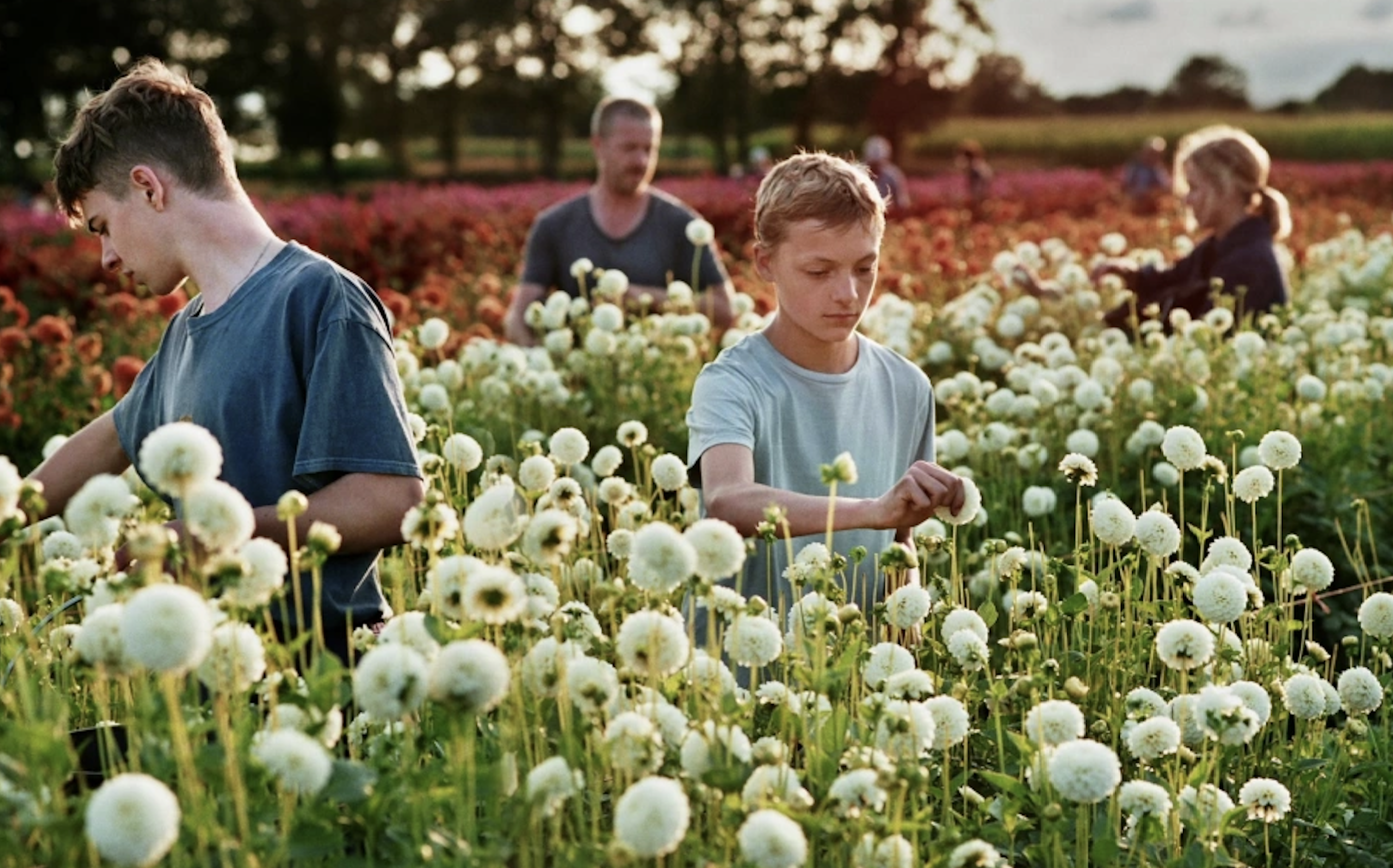 (Miami Film Festival GEMS 2022 ran November 3-10 in Miami, FL. Check out Ray Lobo’s movie review of Close which played the fest. Seen it? Join the conversation with HtN on our Letterboxd Page.)

Léo (Eden Dambrine) and Rémi (Gustav De Waele) float through their adolescence in a kind of dreamlike state, as if they were figures in a Chagall painting. They run through fields of flowers, bicycle through the Belgian countryside, and enjoy a special bond that transcends most childhood friendships. Rémi spends so much time at Léo’s place that he is almost a second son to Léo’s parents. Sleepovers are regular occurrences wherein the two boys share their aspirations, their imagined futures. Close is a narrative focused on how Léo and Rémi serve as each other’s anchor. Close, however, is far from being an idyllic coming-of-age story. Director Lukas Dhont (Girl) offers us a gut punch of a film that fixes its focus on what happens once that anchor is loosened.

It is the outside world that begins chipping away at Léo and Rémi’s relationship. We see the two boys at school. Léo and Rémi are asked by their peers if they are a couple. While Rémi sheepishly avoids the innuendos without an answer, Léo feels deep discomfort at being otherized and defined by others regardless of his affection for Rémi. Adolescence is a time of conformity and peer pressure, and sure enough, we witness the gradual absorption of Léo into the world of his male peers. It is these peers that set for Léo the standards of acceptable heteronormative male behavior—hockey, soccer, and conversations that involve the glorifying the exploits of male soccer players.

And then there’s the event that changes the course and tone of the film. At the screening that I attended, a cacophony of sniffles and blown noses could be heard after the aforementioned event and for the duration of Close. My wife—not one given to cry easily at films—told me that no film had even made her cry so much. Dhont’s screenplay and direction, however, does not elicit cheap or manipulative tears. These are adolescents caught between social conformity and a nascent sexuality. They are also caught between competing narratives as to what defines manhood. Dhont has a great knack for making his themes literal in ways that are not heavy-handed. As Léo starts adapting a more tough guise, one notices that the hockey pads he wears serve as protective gear against emotions that, if he lowers his defenses, will overwhelm him. But it is not just Léo who erects a protective defense. The adults in his life use small talk as their own form of defense against a gaping void of grief.

The entire cast gives incredible performances; but Eden Dambrine’s performance is worthy of every superlative imaginable. He goes from being dreamy, to detached, to vulnerable. What is it about Belgian child actors? Just this year has given us Dambrine’s performance and Maya Vanderbeque’s in Playground. I dare say that both these young actors have surpassed most adults in delivering sincere and heartbreaking performances. The travails of childhood can be just as difficult as those of adulthood. Close makes that point all too painfully clear. 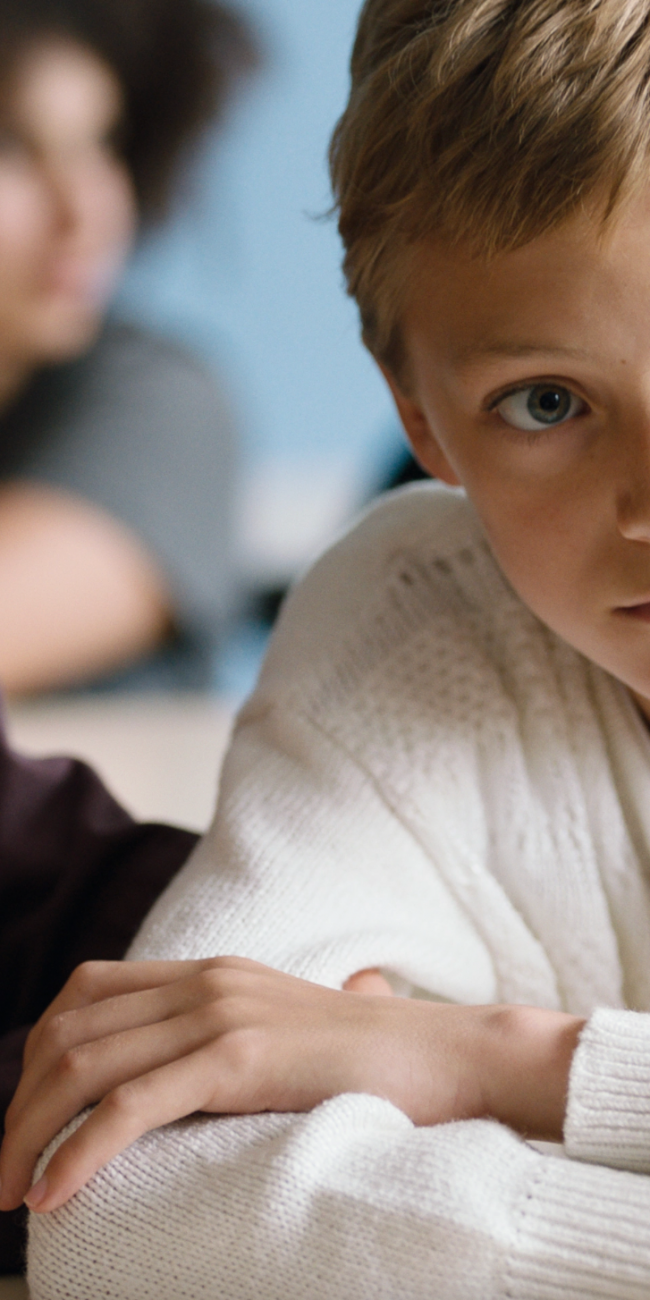