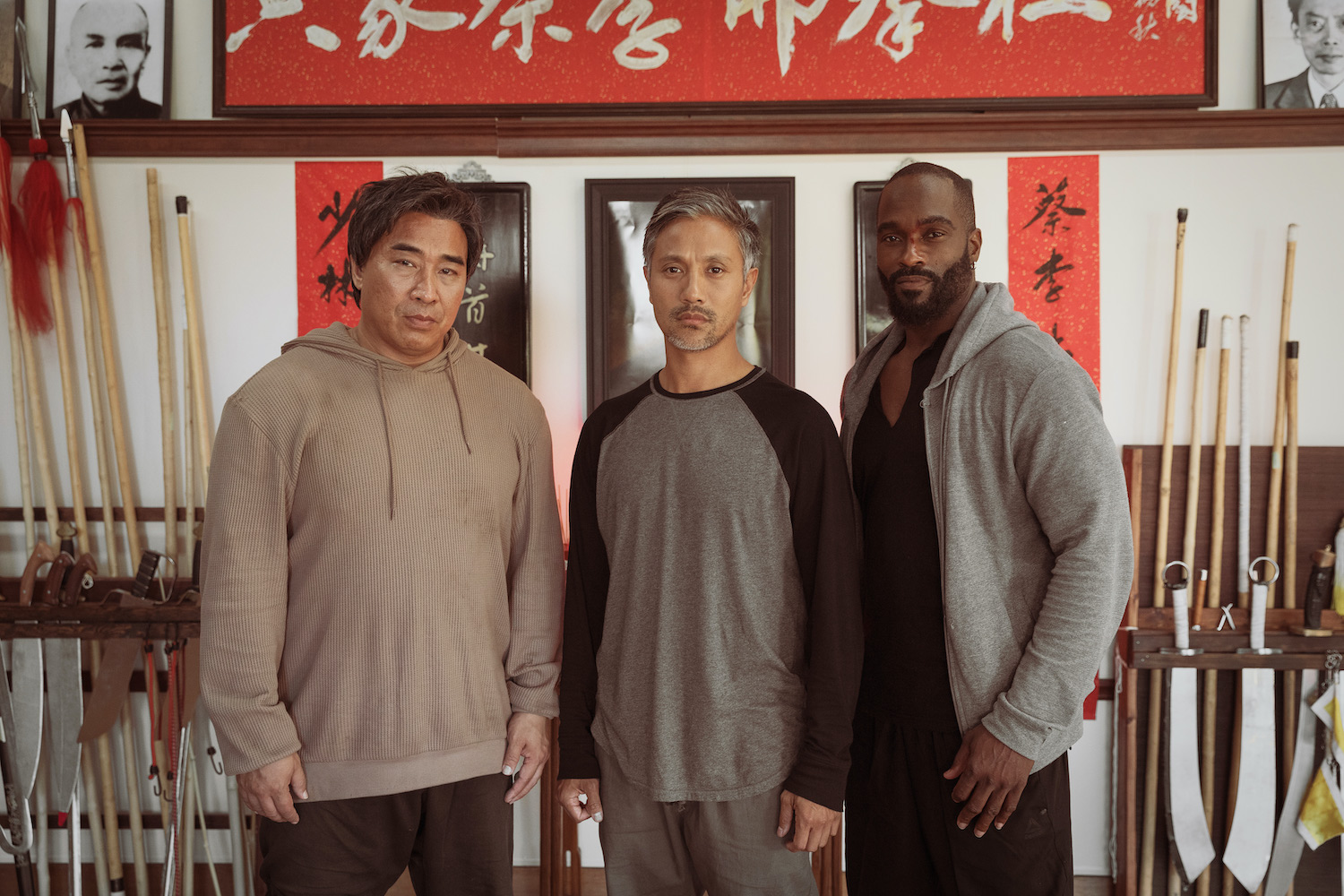 (Tran Quoc Bao’s feature debut, The Paper Tigers premieres May 7 in theaters and on VOD. Like what you see here on Hammer to Nail? Why not give just $1.00 per month via Patreon to help keep us going?)

In the age of Netflix’s Cobra Kai series, a film about middle-aged men revisiting their martial-arts past may not strike one as all that original. Nevertheless, writer/director Tran Quoc Bao’s feature debut, The Paper Tigers, takes this premise and turns it into a lively tale of identity and renewal. With a winning cast and a jaunty pace, the movie proves mostly entertaining, throughout, even if many of the moral lessons within are easy to predict. These “tigers” mean business, so get ready to rumble.

We start on a tragedy, as master Kung Fu teacher (or “Sifu”) Cheung (Roger Yuan, Accident Man) succumbs to an opponent in a back alley. That adversary somehow kills him with a mere twist of his fingers in the air. We then flash back 30 years, where we meet Sifu Cheung as he trains three young boys – Danny, Hing and Jim – in the art of Kung Fu. As they grow older, their progress documented on VHS, they develop into highly skilled fighters, winning all their matches, Danny, especially. As strong as they become, however, they remain loyal to Sifu Cheung’s belief that “Kung Fu without honor is just fighting.” By the end of this opening montage, they are dubbed, by Cheung, “The Three Tigers,” united in brotherhood.

It is therefore odd when we flash forward back to the present to find the older Danny (Alain Uy, Hulu’s Helstrom series) now a far cry from his former fit self and no longer in touch with the other Tigers. A divorced father who constantly disappoints both son and ex-wife, Danny is clearly in need of a new direction. When Hing (Ron Yuan, Birth of the Dragon, and Roger’s younger brother) shows up to let Danny know that their Sifu is dead, Danny’s not even sure he wants to go to the funeral, as he long ago fell out with both his teacher and their former comrade, Jim. Still, he does his duty and attends with Hing.

There, they run into one-time rival Carter (Matthew Page, Enter the Dojo series), a man they easily used to beat but who now towers above them in stature, muscularity and commitment to Kung Fu. He and his own teacher berate Hing and Danny for abandoning Sifu Cheung, hinting that his death may not have been the heart attack listed on the autopsy report. And so they track down Jim (Mykel Shannon Jenkins, Two Wolves), determined to bring the Tigers back together again to hunt for their master’s killer. Beware those mysterious “poison” fingers waving in the air, however.

Mixing comedy, occasional pathos and decent fight choreography, the film is an enjoyable ride, despite some of the obvious dramatic strokes. Both Yuan (Ron, that is)  and Page offer extremely funny hijinks and are the standouts of the ensemble, though everyone else holds their own. Beyond the martial arts on display, this is as much a story about finding one’s mojo as about jumping into the dojo. Anyone who has lost faith in their own mission should be able to relate. Call it cinematic comfort food, if you will, but it sure feels good going down.