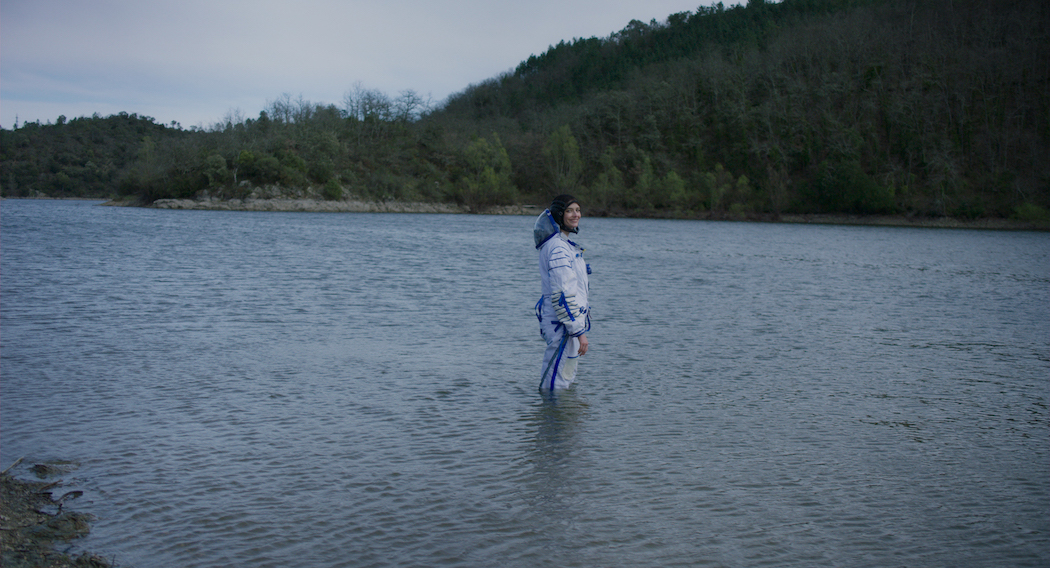 I recently spoke by Zoom with French director Alice Winocour about her latest film, Proxima (which I also reviewed). Winocour (Disorder), who also co-wrote the script (and who has co-written other films, such as Mustang, with other directors), delivers a pensive examination of motherhood masquerading as a movie about astronauts. Eva Green (Miss Peregrine’s Home for Peculiar Children) stars as Sarah Loreau, whose pending year-long sojourn on the International Space Station looms over her relationship with her young daughter, Stella (Zélie Boulant). Winocour gently probes the challenges that exist for all working mothers in a movie both hard-hitting and poignant. Here is a condensed digest of our conversation, edited for length and clarity, as well as to anglicize some of Winocour’s idioms (her English is excellent, however).

Hammer to Nail: I’d like to quickly start, since I liked it so much, with a question about Mustang, which you co-wrote with its director, Deniz Gamze Ergüven. How did you get involved with that project?

Alice Winocour: I met her at Cannes, in Cinéfondation, where we were looking for funds for our respective films at the time. She wanted to quit cinema, and to sell ice cream…(laughs)…because she couldn’t find money. And then we came up for the idea of those girls in Mustang – those sisters – because she told me a story about her cousins and this game they were playing; it was the same game they had been playing before, but because they had become young women, it was suddenly impossible. I thought it was a great beginning for a story, and so it became kind of a game for the two of us, because we became friends, and we had discussions. It was very, very happy writing. And also, though I had never been in Turkey [where the film is set], I had been raised with my cousins, so I could easily understand the atmosphere and the relationships between those girls.

AW: Yeah, I don’t think it’s a space movie at all. It’s more like a kind of Earth movie; a movie about our relationship with Earth and how hard it is to leave the planet. Usually, in space movies, we have five minutes on Earth and shit happens in space, but in real life, shit happens on Earth, you know? I met a lot of astronauts, trainers, and all of them told me how hard it was for them to leave their families, children. And I thought it was a great metaphor to talk about separation between a mother and daughter, which was the theme of the film.

Of course, going to space is not like going to the office…(laughs)…but it was a metaphor to talk about those women who have to choose between their passion, their dream, their work…and their children. Society has told us that this is something we have to choose between. And what is common between Mustang and this, if you want to find some connection is that both of them are stories of liberation. And I think Proxima is also a story about what you transmit to your daughter: is it more important to be the kind of perfect mother your own mother told you to be, or to say to your daughter that you can and should pursue your dreams.

So, that is the question of the film. And then there is also this image of the white horses at the end of the film, an image of freedom for the little girl and for the next generation.

HtN: It is a very Tarkovskian touch. He always had wild horses running, in his films, as a symbol of freedom.

AW: Wow! That’s a compliment! And I’ve seen, in Kazakhstan, those wild horses on the steppe, and it’s something really exhilarating. Their manes are like the hair of the girls in Mustang. That wildness is something that I really appreciate.

HtN: And the metaphor extends to the title, as well, right? Proxima is both the galaxy and …

AW: The galaxy that is the closest to the Earth, but at the same time it is millions and millions of miles away. And at the same time, in Spanish, “proxima” means “the next one,” so it was also this idea of transmission.

HtN: I’m glad you brought up Spanish, because one of the interesting things about your film is the multilingual aspect of it and of the cast. So, I don’t know how many languages you speak – obviously, you speak at least English and French – but what were the challenges of working with a cast that spoke so many different languages?

AW: I studied Russian at school, because my name is Russian – Winocour comes from Russia – but I hardly speak Russian, and I have to confess that when I was trying to direct Russian actors, they answered in English, which is not a good sign. (laughs) But I really wanted to make a European film, because space is always American because of movies and this representation of astronauts and this idea of conquest; that’s the image that American cinema has imposed on the world. And so I wanted to show that space was not only American, and that’s what I said to the European Space Agency when I came to ask for their support. 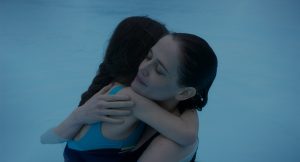 The idea of the film was to shoot in the real locations, in those training centers and military bases. There are no recreated sets, these are really where astronauts from all over the world train. There was something really exhilarating, when I went to Cologne, home of ESA, the European Space Agency, to see everyone training, speaking German, answering in Danish, then English – because of course the Americans also train in Cologne and in Kazakhstan’s Star City. Before Elon Musk, the only way to leave Earth was form Kazakhstan, using Russian Soyuz technology. So the Americans have to learn all those protocols, as well. I wanted to mix this reality with this fiction of the mother leaving her daughter. And as a director, I love to work with different actors coming from different cultures and different countries.

HtN: Well, speaking of the actors, then, could you talk about the casting? How did you land on Eva Green, Matt Dillon and the little girl, Zélie Boulant?

AW: I have always been fascinated by Eva as an actress. I remember her in Tim Burton’s movies. I like her strangeness and at the same time her strength. She says, herself, that she comes from another planet, and I think that’s a good thing for an astronaut. (laughs) I’ve met a lot of astronauts and they are all really of another world, in a way; they don’t see the world like us. Eva had this and at the same time she is very strong, and I wanted to show those kinds of mothers. And what I also liked about her was that she was not a mother, herself, so she felt really clumsy with the little girl; she didn’t know how to behave, and I could really recognize, because I am a mother, myself, my own strangeness as a mother. I felt like we could have some empathy with her. She’s an Amazon with a little girl.

It was also a dream to work with Matt. I needed an actor who could show a complexity of character: the typical macho guy, but also more than that, like very intelligent, funny, and that there was also a kind of seduction between the two of them. Like a subtext of seduction. And for Zélie, I did a huge casting in France to find a little girl, because she had to also look like Eva, not only physically, but also with this kind of strangeness. And she had to be strong, as well, because we had a tough shoot, shooting in places that are not exactly for kids, in those military bases. She was also a kind of little astronaut.

HtN: You also worked with the great Japanese composer Ryuichi Sakamoto, and I really liked the score of your film. How did you choose him and how did you work with him on the score?

AW: I had seen a documentary, Coda, about his work…

AW: …and I was amazed by his work. I wondered what kind of music could fit the film, because of course opera is space music, ever since Kubrick, but I thought that was too big for Proxima, because Proxima is not a space movie, it’s an Earth movie. So, I wanted to have Earth sounds and then I thought about him and I thought about the character of the Russian astronaut who is also recording, as Sakamoto does, sounds of nature. So, I wrote him a letter and sent him the script. And I was luck that he accepted it and – in a way that was really moving to me – really dedicated himself to the movie. Even though we have never met in real life…(laughs)…it was not the time of Covid, but because he was in Japan and then in New York, and I was in post-production, it was impossible to travel, but we wrote letters and had constant conversations. I felt really lucky to have such a genius to work with.

HtN: Well, it was a wonderful collaboration. So, in your ending credits, you have those pictures of female astronauts with their families. How did you find these women and chose them for the credits?

AW: I met a lot of those astronauts and then I saw those pictures and I was amazed by those images I had never seen before. It’s their own family pictures and I asked them if they could be in the movie, in the credits, like an homage, to show those astronauts with their children. The reason why we have never seen those images is because those astronauts do not talk about their children. They pretend that they don’t exist to be as competitive as men, because they understand that it can be considered a weakness. And so I think it is a hidden part of their lives. But I thought it was time to talk about this silent part of the life of women, that women can be heroines, but those heroines also have children. It’s not incompatible.

HtN: I think it really works well as an ending. Well, Alice Winocour, thank you so much. It’s been wonderful talking to you, and I wish you all the best with the film.