A Conversation with Alex McAulay (A HOUSE ON THE BAYOU) 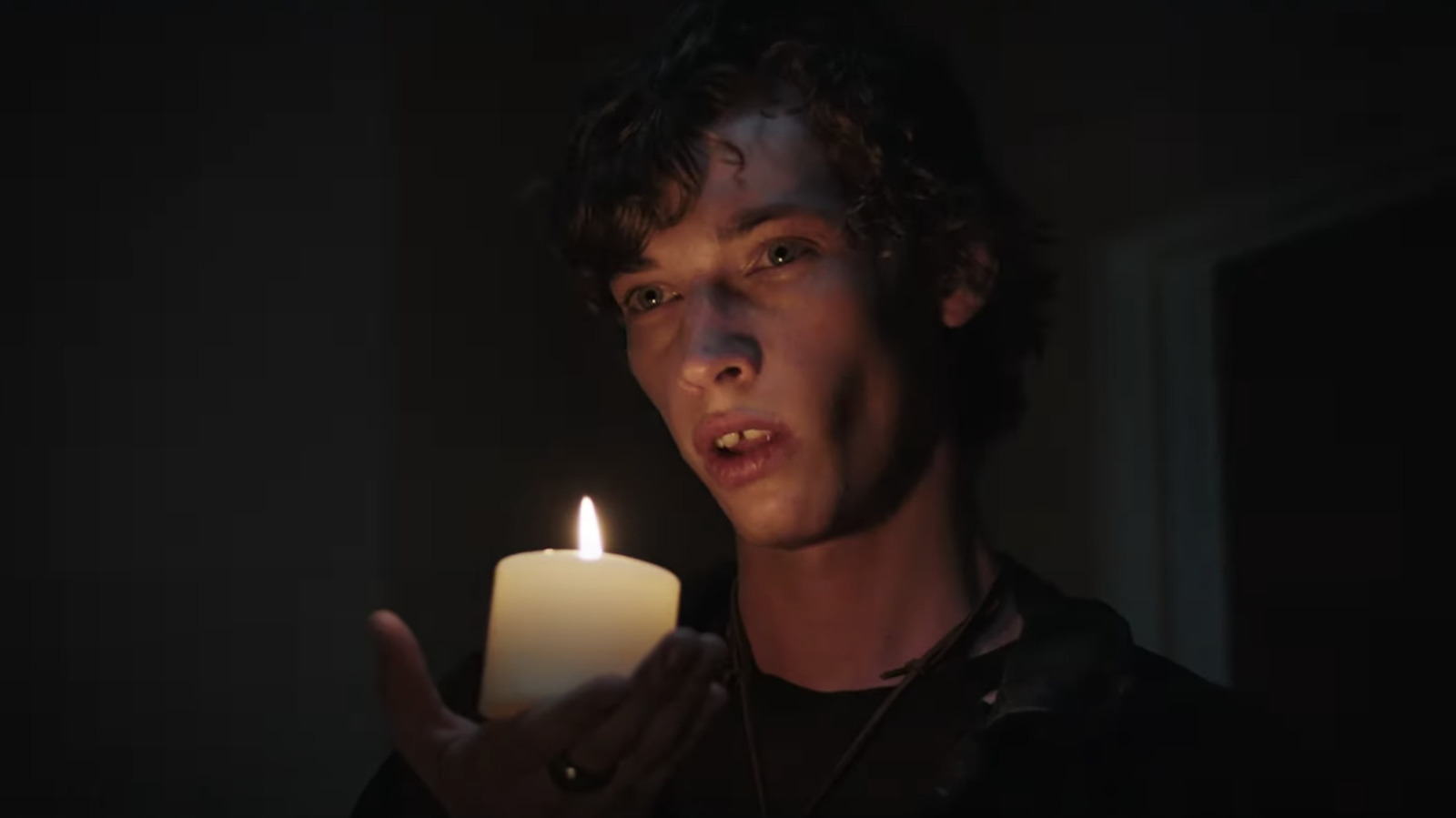 (Bears Rebecca Fonté interviews filmmaker Alex McAulay, director of A House on the Bayou. Like what you see here on Hammer to Nail? Why not give just $1.00 per month via Patreon to help keep us going?)

I’m from Texas so crossing over the line into Louisiana is a bit like traveling into the unknown. There’s something about these old plantations along the Mississippi River, or backed up against a Bayou that just feels like the wild. Alex McAulay wrote and directed the new horror thriller A House on the Bayou from Blumhouse at the peak of COVID. “We were shooting some of this before the vaccines were available for everyone, so we had to be cautious,” says the director, “I think that the weird thing for me was I wear glasses and so for directing I would have the mask, glasses, and a face shield on, so they’d all fog up. So my glasses would fog, the face shield would fog, so it was funny sometimes to have to be there on set.”

Set at a remote mansion in rural Louisiana, driving distance from the urban concerns of the Dallas Fort Worth area, the film follows a family on the verge of collapse, two parents who are trying to rekindle their marriage in the face of infidelity, and a daughter who feels like an afterthought. “I was writing it during the pandemic and I was seeing a lot of friends, relationships break up,” says McAuley, “and people who suddenly had to be working from home being jammed together in an apartment in LA and suddenly their relationship was not so good. And I was like, ‘Yeah, I’d love to explore that.’ Then I was picturing houses and I was thinking about the Bayou is obviously such a great spooky place for stuff to happen.”

Unfortunately, the star of the film, the location, was a little camera shy. “Actually finding that house, which I thought would be easy to find was not easy to find. And so, when I got to New Orleans, we began location scouting, and what I realized is a lot of those Bayou homes are either smaller or they’re more modern. It was really hard to find something that was that sweet spot between decay, like decayed grandeur is how I thought about it.” When he followed his location scout out to this house (after a few hours of being lost in the bayou), he couldn’t have imagined how lucky he got. “What you see in the movie is pretty much how it looks in real life,” he says. The house was filled with antiques and priceless family heirlooms, and vintage stuff production design. “They didn’t want to pay to take out most of their stuff,” he laughs, “so they were just like, ‘Don’t break it,’ but, they wouldn’t let any blood turn up in the house, so we had to build a little part of the house in an abandoned mall and shoot the gory scenes in this little fake stage.

If things with the family aren’t complicated enough, they soon attract the attention of a local boy Isaac and the man he describes as his GranPappy, who first invite them over for dinner and then just show up with the food and cook at their house, refusing to leave. “I grew up in Texas,” explains McAuley, “it was an era where there was still… I remember going to the Texas State Fair with my dad and there was a preacher in a revival tent… It’s just nutty, but when people are passionate in this fascinating but scary way, and it always stuck with me. I think there’s an element of that to [Isaac]. There’s a real black and white way of thinking and Old Testament justice that he wants to dispense, and often the punishment way overshoots the crime.”

GranPappy is played by Doug Van Liew, who gets to chew a lot of scenery in a menacing way. A character actor who seems to specialize in truck drivers, bikers, and bartender, Van Liew anchors the terror of the film with his evangelist backwoods adjudication. Pulled straight from Snake Handlers school, GranPappy also carries with him an air of alchemy. “I told the casting director to find me someone who looked like a demented Santa, or a Santa, but a Santa who could kill people,” the director recounts, “I guess it’s my thoughts on those zealots that we saw in this encounter in the South. Also, though I think there’s this mythological element in that.”

Facing off with GranPappy and his ‘grandson,’ Anne (Angele Sarafyn) has already had it with her family but finds she is the only one strong enough to fight back. She gets to the strongest emotional release in the film when she gets to takeout her disillusionment out on a human head with a hammer. “I feel like she’s been through so much trauma by that point,” says McAuley, “and it’s like she gets to finally unleash her own frustrations at how this is playing out for her.” The cutting room floor contains even more brutality. “I actually had her do it more than is in the cut” he says, “there’s a whole other section where she continues hitting, and she’s hitting I think it’s sponges filled with blood and fake viscera. So, it just goes on and on. And there’s a certain like fine line, I guess, where it starts to just get too silly if it goes too long.”

The most difficult moment of the film [for me at least] is when GranPappy forces the family’s cat into the ‘mystery’ room and you can’t see what was happening to him, and the cat was crying. It was very disturbing. “It is, right?” the director agrees, “it’s sad because the one thing I really wanted to do is at the end of the movie have Toby the cat again. I had this scene in mind where they would at the end see Toby near Grandpappy and run over to him to grab him. And he would hiss at her and his eyes would start glowing, so he had picked the….we ran out of time and the cat wasn’t super amenable to doing much other than walk around.”

So poor Toby the Cat never gets his resolution. It’s just one of the open-ended questions that House in on the Bayou leaves hanging like Spanish moss over the river. The film keeps teasing that there’s magic in this world, but is there? Jacob and tells the family that his ‘grandson’ Isaac came out of the swamp one day, but in the end, it feels like magic, or at least evil has creeped into the plantation.  Maybe Isaac is ageless, maybe he’s the devil himself, just dragging around this old man because it makes life easier on him if he says he’s with his grandfather. Anne may have driven into Louisiana to save her family, but now she finds herself in a battle to save her soul. “This stuff never goes away,” says McAuley, “by giving him that mythological, supernatural element it suggests that, there’s an eternal aspect to what he represents. It’s always going to be floating around the South in some way, shape, or form.”

A House on the Bayou just premiered on EPIX and is available for Digital Purchase via Paramount Home Entertainment.