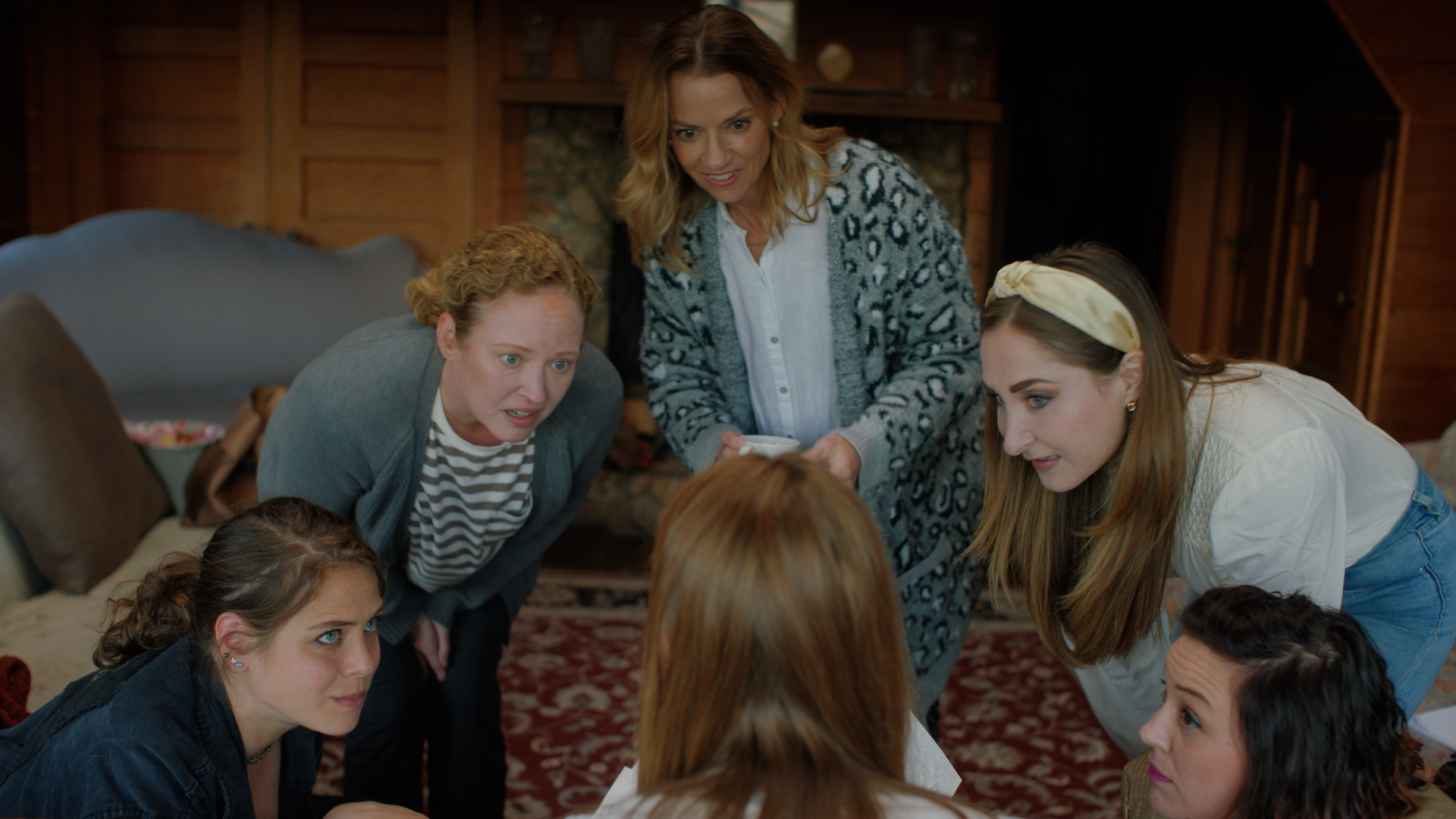 One film that made a wave of terror at this year’s SXSW was writer-director Beth de Araújo’s Soft & Quiet. In her feature debut, which plays out in real-time, it follows a group of white supremacist women who set off a violent chain of events within their small town. The film stars Stefanie Estes, Olivia Luccardi, Eleanore Pienta, Dana Millican, Melissa Paulo, Jon Beavers, and Cissy Ly. It is sure to be a uniquely terrifying experience, given the state of things in the America we live in today. Momentum Pictures and Blumhouse will release it in theaters and On Demand November 4.

Playing out in real time, SOFT & QUIET is a runaway train that follows a single afternoon in the life of an elementary school teacher, Emily, who organizes an inaugural club meeting of like-minded women. When they all decide to move the meeting to Emily’s house to keep the wine flowing, they stop at the local store to pick up refreshments. At the store, an altercation breaks out between a woman from Emily’s past and the group, leading to a volatile chain of events.

In his review from SXSW, Chris Reed wrote “Director Beth de Araújo’s Soft & Quiet certainly begins as the title promises (more or less), yet soon morphs into anything but. …The film leads us unawares into the worst nightmare of the human soul. The brutally tense mise-en-scène carries us through those less successful moments, however, delivering a powerful punch to the gut by the end. You’ll want to look away but won’t be able to. This could be America if we let it happen. Then again, perhaps it’s always been this way.”