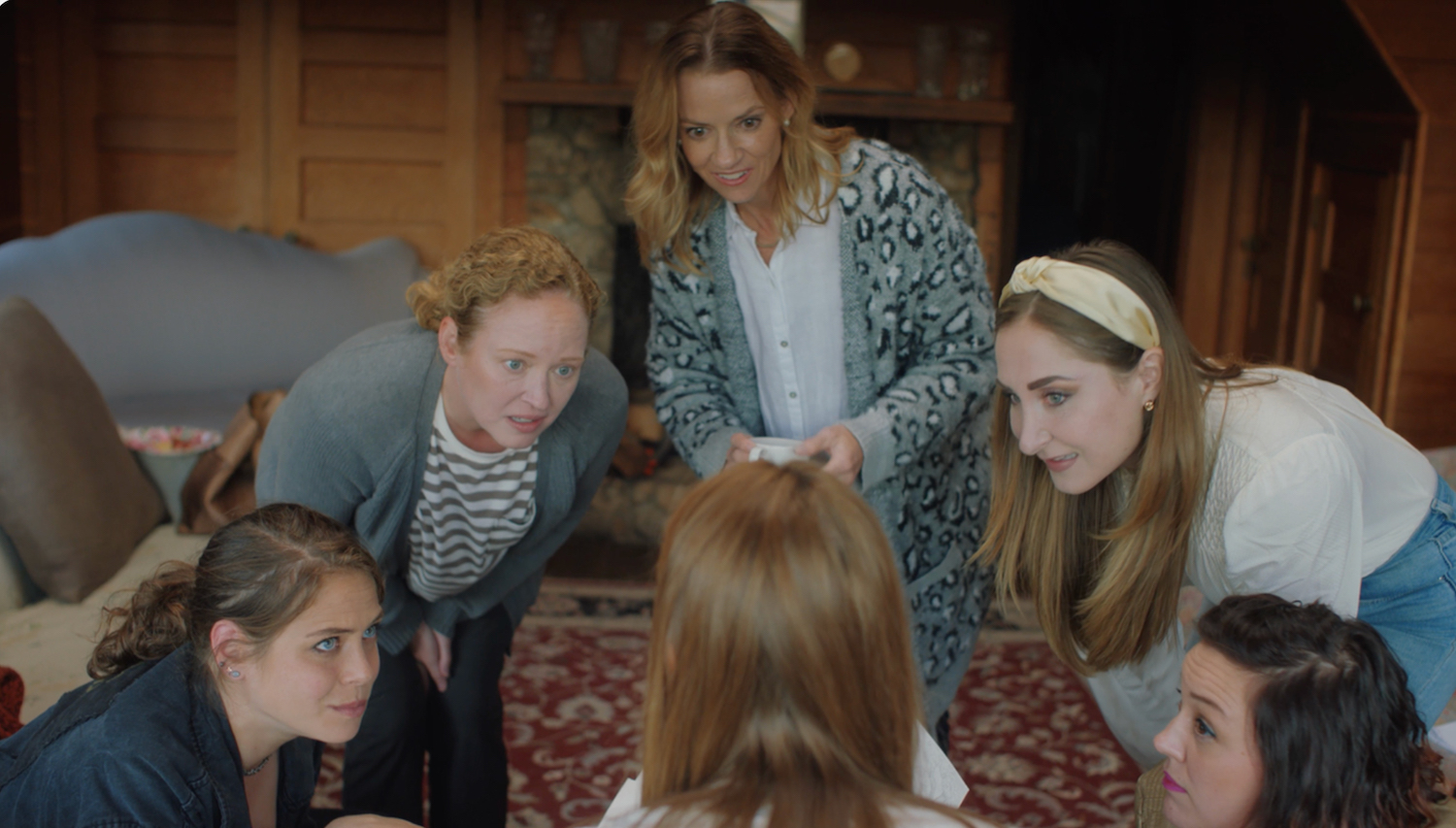 Director Beth de Araújo’s Soft & Quiet certainly begins as the title promises (more or less), yet soon morphs into anything but. Staged and shot to look like one continuous take, the film leads us unawares into the worst nightmare of the human soul. More specifically, de Araújo offers a meditation on the hatred engendered by white supremacy and racism, which can propel its adherents forward in only one direction: destruction. Whether of themselves or of others, or both, time will tell.

It’s not all gentle at the start. In fact, the opening moments reveal a woman, Emily (Stefanie Estes, Say Yes), in enormous distress as she rushes into a bathroom to take a pregnancy test. Is she or isn’t she? We don’t see, but she is visibly upset. Emerging from the toilet, she makes her way through some kind of institutional surrounding, which soon reveals itself to be an elementary school. Strangely, the female janitor who passes by, giving a friendly smile, provokes hostility. Then, when she sees a boy outside, alone, waiting for his mother, she tells him to go berate that janitor about an ostensible mistake. Though outwardly cordial, there is a storm brewing inside her brittle exterior.

It’s only when we follow Emily from that school, where she is a teacher, to a nearby church, that we begin to discover what motivates her. There, she gathers with other women in what looks to be a social gathering like a book club. Until Emily pulls out a cake, emblazoned with a swastika. Excuse me? As the camera lingers on that offensive symbol, we hear her wonder why no one can take a joke. Except that neither Emily nor her fellow congregants are there to kid around.

These are the Daughters for Aryan Unity, an ostensibly benign group where white women can come and complain about their loss of privilege. Of course, they don’t word it in quite those terms, but rather as their fundamental rights being stolen from them by the undeserving. The more they talk, the more tempers rise. Soon, they leave that space and travel on, encountering two unfortunate women of color who become their targets. Things get messy and violent, the camera present in deeply uncomfortable intimacy. We are witnesses to a horrific hate crime.

The single-take technique, however it is achieved, serves the story well, escalating tensions before we even realize what is happening. Since for these characters it is all about lack of control over their lives—beginning with that first pregnancy test—this dizzying spiral into chaos makes perfect sense. We do not empathize, but we understand how the thinking goes.

Beyond Estes, other actors include Jon Beavers (The Only One), Olivia Luccardi (Paint), Cissy Ly (Sad Eyes) and Dana Millican (Lorelei), among others. All fully commit to their parts, even when the sometimes on-the-nose dialogue seems ripped from a textbook on how to be a racist. The brutally tense mise-en-scène carries us through those less successful moments, however, delivering a powerful punch to the gut by the end. You’ll want to look away but won’t be able to. This could be America if we let it happen. Then again, perhaps it’s always been this way.