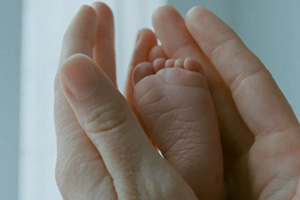 The Tree of Life (20th Century Fox) — Terrence Malick’s massively scoped personal opus is now yours for the taking in the comfort of your own home. If ever there was a film made for the large screen, this one is it. Yet the ability to revisit and analyze it to your heart’s content makes its home video availability a very welcome option. Here at HTN, many contributors had much to say about it, both good and bad: Michael Tully, Michael Nordine, Noah Buschel, Mike S. Ryan. Available on DVD

Terri (20th Century Fox) — Coming after the superb cinematic hat trick of Nobody Needs To Know (2003), The GoodTimesKid (2005) and Momma’s Man (2008), Azazel Jacobs’ Terri (2011) re-confirms the director’s status as one of American Independent Cinema’s leading visionaries and most heartfelt voices. As daring as it is endearing, Terri butts heads with the clichés that have plagued high school movies for generations, and Jacobs manages to tell a story that will resonate with viewers without resorting to cloying truisms. Finely crafted and frequently hilarious, Terri has already performed well at both Sundance and SXSW, and is poised to be one of the standout independent features of the year. Read Cullen Gallagher’s full HTN review. Available on DVD

Dark Night of the Scarecrow (VCI Entertainment) — Available on DVD

The Princess of Montpensier (MPI Home Video) — Available on DVD