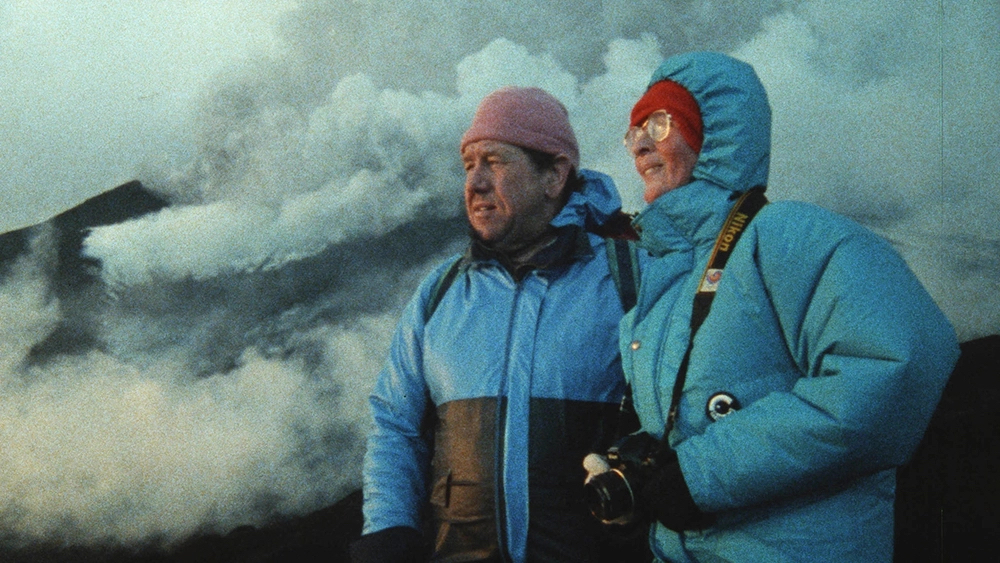 One of the biggest titles to premiere at this year’s Sundance Film Festival, director Sara Dosa’s documentary Fire of Love uses vintage footage from over thirty years to chronicle the love story of the late French scientists Katia & Maurice Krafft. With Miranda July as the narrator, it follows the couple’s beginnings from meeting on a blind date to their exploration of volcanoes that would lead to their tragic ends. National Geographic Documentary Films won a bidding war to land the rights to it for a mid-seven-figure range. It would also win the U.S. Documentary Competition Award for Best Documentary Editing. Alongside Neon, they will release it in theaters July 6.

In her review from Sundance, HtN’s own Melanie Addington wrote, “Love is mesmerizing. So are volcanoes. Combining the two is cathartic. And that is what the documentary Fire of Love by director Sara Dosa, succeeds at with the love story between Katia and Maurice Krafft… While told through two humans experiencing life on the edge, it also serves as a reminder that Earth is about so much more than our own lives… The sweeping panoramic images and close-up footage of exploding lava is mesmerizing and feels more like a sci-fi film than real life.”