Greetings from the lovely Bend Film Festival which wraps up today. Last night was a fun and thrilling awards show with some serious cash prizes! Check out winners below and stay tuned for my wrap-up article!

BendFilm announced today the 14 films and filmmakers awarded the jury recognized and audience voted prizes at the 2017 BendFilm Festival. Awards were selected by a jury of industry professionals as well as the more than 8,000 attendees of the BendFilm Festival.

Todd Looby, Director of BendFilm said, “I want to thank everyone who came to contribute to the creative culture of the 14th annual BendFilm Festival. The filmmakers, jurors, panelists, bands, volunteers, technical producers and of course the audiences, everyone added a special mark to an incredible event. I know the conversations sparked by these films will live on well past these 4 days.”

Erik Jambor, Festival Programmer for BendFilm said, “This year’s Festival was one of BendFilm’s funniest, deepest, most adventurous and most heartfelt programs to date. Though the awards could only go to a few, we are honored to have been able to screen and share all 105 with the our festival audience. Through dialogue and sharing stories together we strengthen our sense of community locally and around the world.”

Based on the true story of Brian Deneke, Bomb City is an intense and illuminating crime-drama about the cultural aversion of teenage punks and artists in a conservative Texas town. Their ongoing battle with a rival, more-affluent group of jocks leads to a controversial hate crime that questions the morality of American justice–especially relevant today.

At an age when everyone around them is settling down and finding love, Beck and Liam are self-proclaimed loners. After bonding over their mutual disinterest in relationships, they decide to go away together on a ‘friend’ trip. And that’s when things get weird. Really, surreally weird.

After an auspicious death in her family, struggling LA-based comedian Emily Martin (Noel Wells, Master of None and SNL) returns to Austin. There she finds herself in the awkward position of staying with her ex and his new girlfriend until the funeral while trying to close old doors from her past.

Best Documentary Feature ($1,000) – (Made Possible by JL Ward Co. and Business for BendFilm)

Forever ‘B’ – directed by Skye Borgman

In 1974, in the quiet town of Pocatello, Idaho, 12-year-old Jan Broberg was kidnapped by her family’s best friend and neighbor. 18 months later, out on bail and awaiting trial for kidnapping, Robert Berchtold abducted Jan a second time, triggering a nationwide FBI manhunt.

When Sonia Warshawski (90) is served an eviction notice for her iconic tailor shop (in a dead Seattle mall), she’s confronted with an agonizing decision: either open up a new shop or retire. For a woman who admits she stays busy “to keep the dark parts away,” facing retirement dredges up fears she’d long forgot she had, and her horrific past resurfaces.

A Shepherd – directed by Vern Moen

A young shepherd in Oregon’s Willamette Valley struggles with the life and death circle of his ancient job in a modern era.

Francis learns that what is right for himself may not be best for his son.

How Far She Went – directed by Ugla Hauksdóttir

Adapted from the Flannery O’Connor Award-winning short story by Mary Hood, How Far She Went takes an unflinching look at family, personal sacrifice, and the lengths we will go for those we love.

The Last Honey Hunter – directed by Ben KnightMaule Dhan Rai is the last man in the remote Nepal village of Saadi who has been visited in a dream by a spirit called Rongkemi. If no one else in the village has the dream, a generations-old tradition may die.

Faced with an emergency, a group of young Black and Latino friends carefully weigh the pros and cons of calling the police.

Running Eagle – directed by Konrad Tho FiedlerAn American Indian girl escapes from captivity in the oil fields of North Dakota and hitchhikes back to her home in Blackfeet country, Montana. 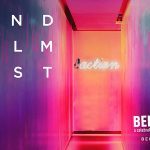