THE ART OF THE PRANK

(The 2016 Slamdance Film Festival has come to a close but the reviews can’t stop! Won’t stop!)

Artist, Joey Skaggs, has been orchestrating elaborate pranks since the 1970’s. But the difference between what he does and, say, the people who post bogus articles on Facebook, is that exposing the truth is a crucial part of Skaggs’ mission. In this way, he is able to shed some light on social issues and, more importantly, embarrass the media for failing to do their due diligence. He’s always known exactly what elements he needs to include for baiting big news outlets like CNN, the Village Voice, and the Huffington Post. Director Andrea Marini profiles Skaggs in his fascinating new documentary, The Art of the Prank. Marini crosscuts to the greatest hits of Skaggs’ past and back to the present as plans for his latest prank unfold.

Skaggs conceived his life’s work after the local news misinterpreted a Vietnam protest he organized as merely a gathering of littering hippies. He was dismayed that they had gotten it so wrong. He wondered how outlandish a story had to be before they would actually do any investigation, so he decided to test his theory. What he does aren’t merely April Fools jokes. Usually there’s a social message behind the deception. The main one being, don’t believe everything that you hear. Someone isn’t necessarily an authority simply because they present themselves as such. The media manipulates us all the time. Why not manipulate them back?

Among his most successful fake business ventures: a dog brothel, a celebrity sperm bank, a mobile confessional, a cure-all pill made from cockroaches, and a coma vacation package a la Total Recall. Even when his political intent isn’t apparent, there’s at least an element of humor involved.

Interviews with past collaborators, Skaggs’ friend, actor Robert Forster, and his mother, help to flesh out the man behind the myth. It’s clear that many admire him. One of his present-day collaborators learned about him in her media studies class and, as a result, was a bit star-struck during their initial meeting. He has also influenced other socially conscious artists such as The Yes Men and Improv Everywhere.

The Art of the Prank is a fun way to spend 90 minutes, even if Marini’s present-day narrative isn’t always easy to follow. It’s never entirely clear what the end game is for Skaggs’ latest work, a fake GMO documentary. But Skaggs is an enigmatic figure and it’s enthralling to watch people fall for his ruse over and over again.

But what if the greatest trick Joey Skaggs ever pulled is convincing the world that he exists? 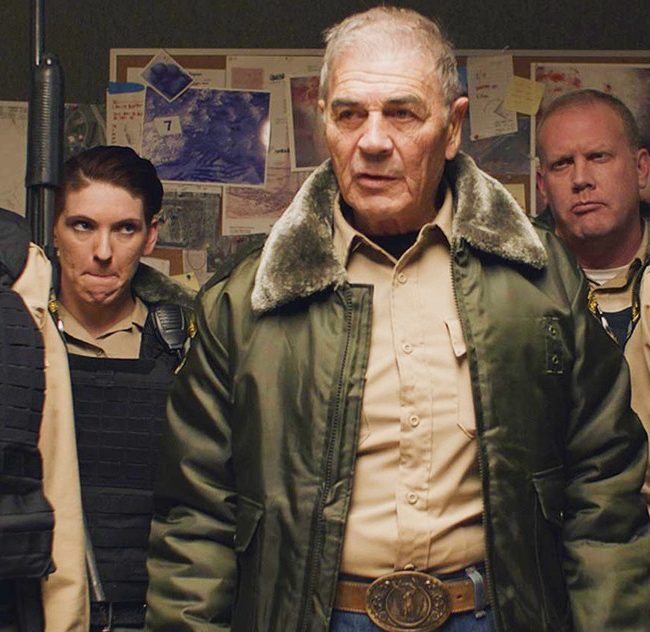 THE WOLF OF SNOW HOLLOW