(The winner of the Grand Jury Prize for Best Narrative Film at the 2016 Slamdance Film Festival, Driftwood stunned critics and haunted film fans across the country last year. A daring cinematic vision with no spoken dialogue, Driftwood washed up on VOD shores exclusively on iTunes on Tuesday, November 2 and is so buzzed about, we have 2 reviews!)

Director Paul Taylor deconstructs the patriarchy down to its most basic human behavior in his first feature film Driftwood  (also reviewed here). Joslyn Jensen plays a young woman who is rescued by an old man played by Paul C. Kelly after she washes ashore on a random beach. The man takes her into his isolated home and takes care of her as if she was his own. However the longer their relationship continues, the quicker the young lady sees the old man’s true intentions for her.

Understand that Taylor’s breakdown doesn’t stop at the world patriarchy. The direction, acting and camerawork are all utilized but from a highly minimal base. No dialogue is spoken from the actors aside from the occasionally unintelligible muttering from Kelly and a large portion of the shots are still—rarely any fancy or stimulating cinematography.

This minimalistic style is simultaneously the film’s blessing and its curse. In a more Hollywood driven production, the task of unraveling an age-old system that has served as the foundation for countless civilizations would be marred by countless crowd-pleasing clichés and manipulative story beats. Taylor has confidence in his actors and it’s clear his actors have confidence in him as a director. Jensen’s and Kelly’s understated performances complement the film’s mumblecore-esque storytelling. Since the film’s cinematography refrains from leaving anything to be desired for the audience, the actors are the key to finding any enjoyment from the story.

Paul Taylor’s Driftwood is an impressive exercise in the exploration of human creations like the patriarchy with little resources at his disposal. The silent and reserved chemistry between Joslyn Jensen and Paul C. Kelly keep the theme of animalistic behaviors of man and woman in the forefront, never once leaving a scene completely empty and pointless. Filmmakers with their crosshairs aimed at sacred societal fundamentals must infuse their films with bold and memorable elements that will ensure their works’ longevity. Taylor understands simplicity is ironically the best approach to make a complex story attainable for audiences but forgets to visually tell the said story with discernable energy and cinematography that’s impactful. 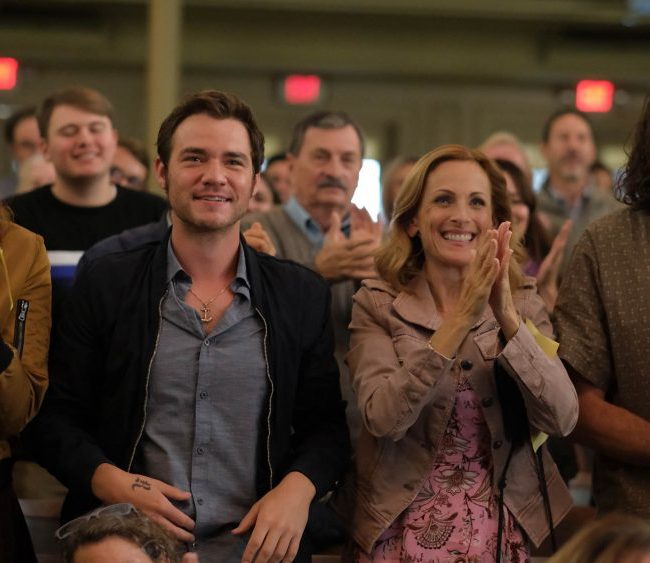