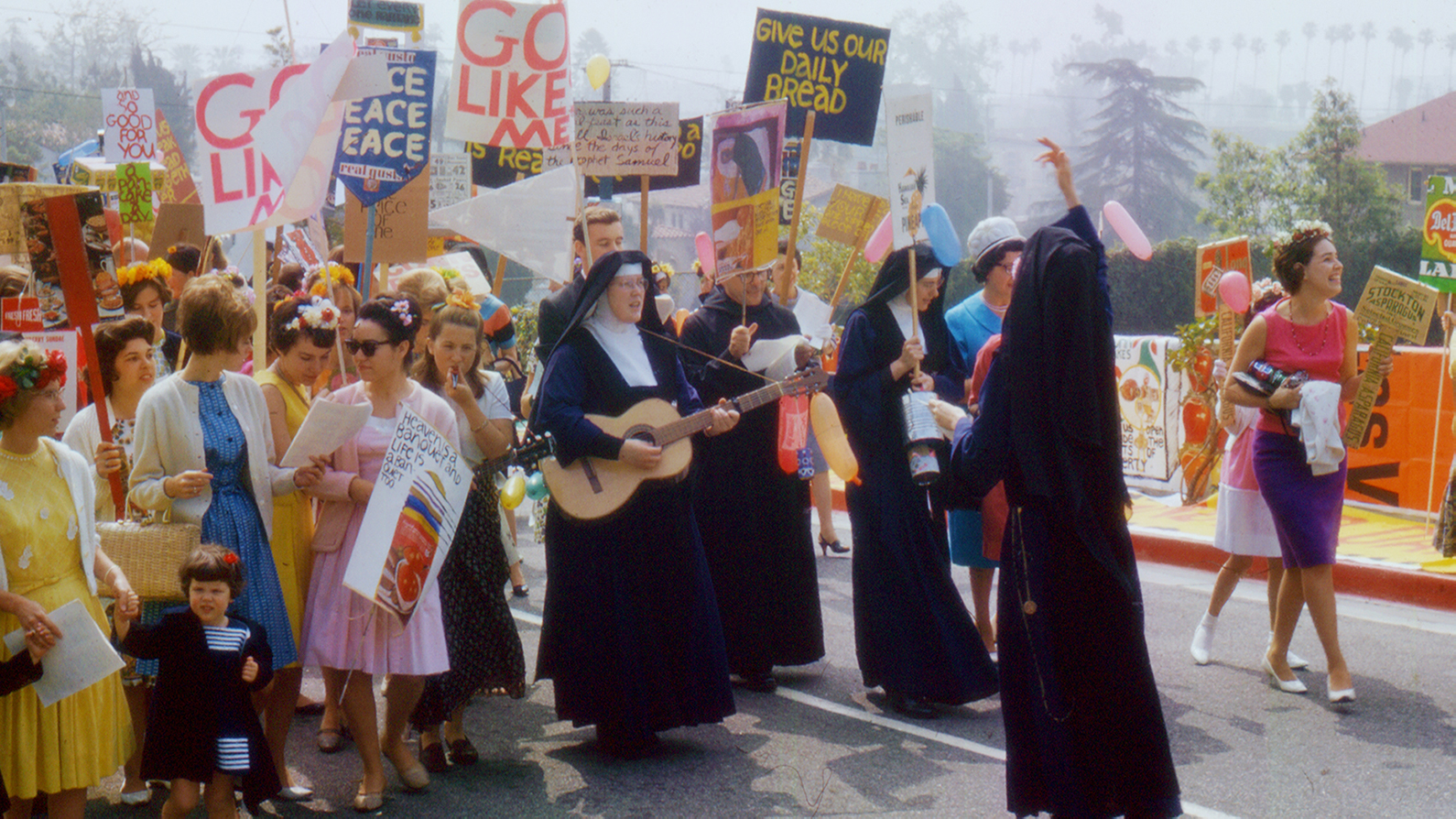 In 1959, Pope John XXIII announced that the Catholic Church would soon hold an ecumenical council to address how it might adapt to the modern world and better serve its 20th-century parishioners. Known as Vatican II, the council convened over the course of three years, from 1962-65, at the conclusion of which it proposed changes to the liturgy, to it’s relationship with other faiths, and to the rules of conduct for its own clergy. Not surprisingly, given human nature, there were many who objected to this liberalization of an almost two-thousand-year-old institution, and some of these changes would be rolled back, or implemented weakly, given that resistance. Nevertheless, it was an exciting time for those who embraced reform, among them nuns who had long chafed at the Church’s restrictive patriarchy and now longed for greater agency.

Director Pedro Kos (Bending the Arc), in his new documentary Rebel Hearts, follows one such group, the Los Angeles-based Sisters of the Immaculate Heart, who fought the good fight in the 1960s, insisting on their due as fully realized beings. They won some battles and lost others, and ultimately emerged as women in charge of their own destiny. Using a wealth of archival footage and interviews (many of the primary subjects are now deceased), as well as evocative animations, Kos walks us through that heady time, showcasing the movers, shakers, sheroes and villains, replicating a tumultuous history that speaks very much to our present time, as well.

The biggest obstacle to the nuns’ push to emancipate themselves was one Cardinal McIntyre, a man who had proved enormously successful in multiplying the region’s parochial schools, most of which were staffed by the Sisters of the Immaculate Heart. In many ways, this is as much a film about organized labor as about religious freedom, for the nuns were undertrained, underpaid and overworked. But since one of the major tenets of their order was obedience, they were not supposed to complain. Enter the 1960s and its promise of self-actualization (to be fair, many of these nuns had long been on that path, already). Kos sets up the conflict in clear, concise strokes, introducing the main players and then letting them tell the story.

Among those we meet, both then and now (and somewhere in between for those no longer among us) are: Anita Caspary, Lenore Dowling, Helen Kelley, Corita Kent (a famous artist of the era), Rosa Manriquez, Pat Reif and Patrice Underwood. Biographers and scholars join in to add  and important context. If I fail to list the protagonists with the formal “Sister” in front of their names, it’s because the drama ended in a way that saw many of them leave their order, forming a new, interfaith community that better served their goals. They were pioneers, and the Church grew poorer upon their departure; the former sisters, themselves, however, never abandoned their lifelong mission to make the world a better place. Those are my kind of rebels.