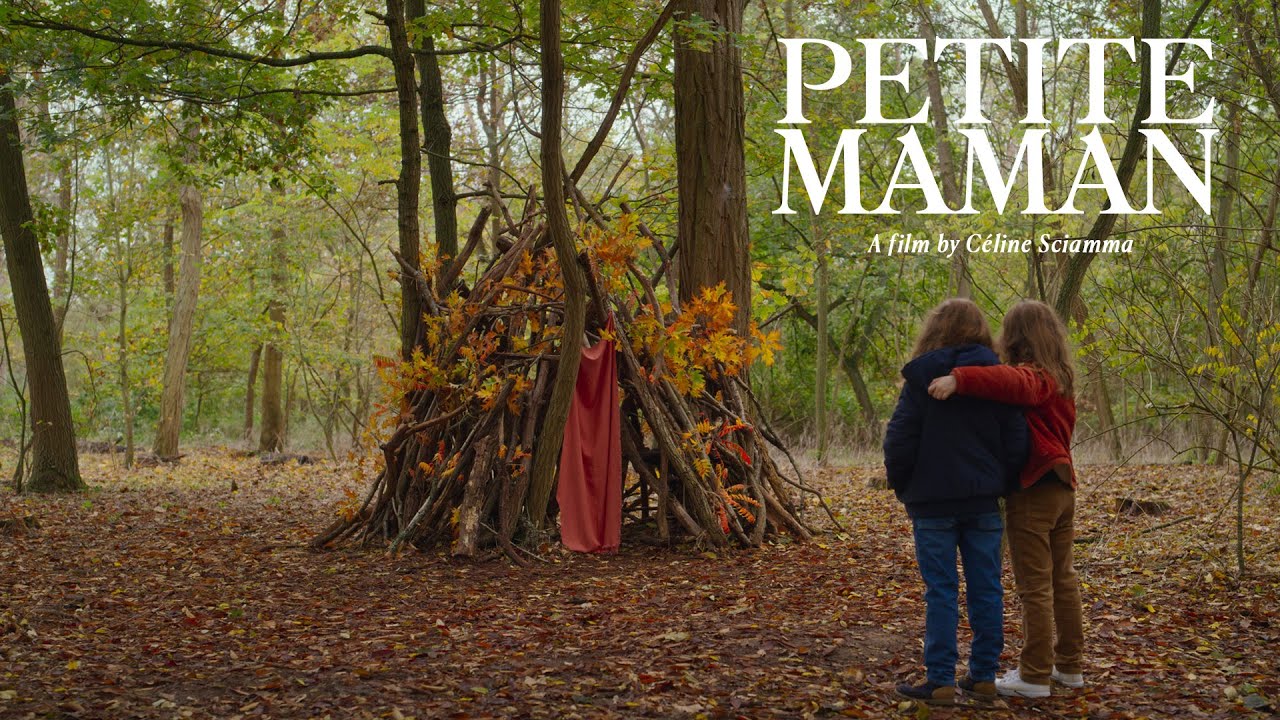 Note: Spoilers on an obvious point in the plot are part of this review…

“We can’t know.” The simple elegant truth behind Petite Maman, Celine Sciamma’s newest, which recently played at the Toronto International Film Festival, is that grief and wonder sometimes can equally haunt us.

My review of this film was delayed a few weeks due to the death of a matriarch in my family. I spent the last 3 weeks chewing on the film, waiting to write the words without crying. Because Sciamma’s portrait of grief in childhood has an exquisite simplicity to an emotion we have all felt. The loss of a family member, and for Nelly (Joséphine Sanz) it is her grandmother. Returning with her parents to her mother’s childhood home, she explores the woods and meets another young girl.

The girl, played by her real life sister (Gabrielle Sanz), looks familiar. Their bond is instant and friendship sincere. Childhood, full of wonder, even in grief, is a magical place and Sciamma honors this with simple shots and dashes of color in the woods.

But that is just the plot, not the story. Time is a fleeting concept and generational ties between women and what we pass from each generation, those who take the path before us, is explored. Besides Claire Mathon’s always striking cinematography, the strength in the film resides completely in the Sanz’ sisters performances and the script by Sciamma. The simple lack of explanation of how the story is even possible is exactly how a child would perceive and adapt to such a situation, taking it in stride and appreciating the here and now.

Her fifth feature as a director, Sciamma’s deftness of directing quiet moments that say much more than they imply remains her specialty. The film resonates and takes time to sink in, a beautiful legacy of a strong storyteller. For many of us, the chance to connect with our own mothers as their younger self, and to learn that their story and path are so similar to our own, is a magic that this film allows us to imagine for just 81 minutes.

For new fans of Sciamma who discovered her from Portrait of A Lady on Fire, may be disappointed by this film that has a very different expectation and story. But for fans of her work, the celebration of feminine mystique remains strong. The film continues to play festivals this October including Austin Film Festival and Montclair in late October.