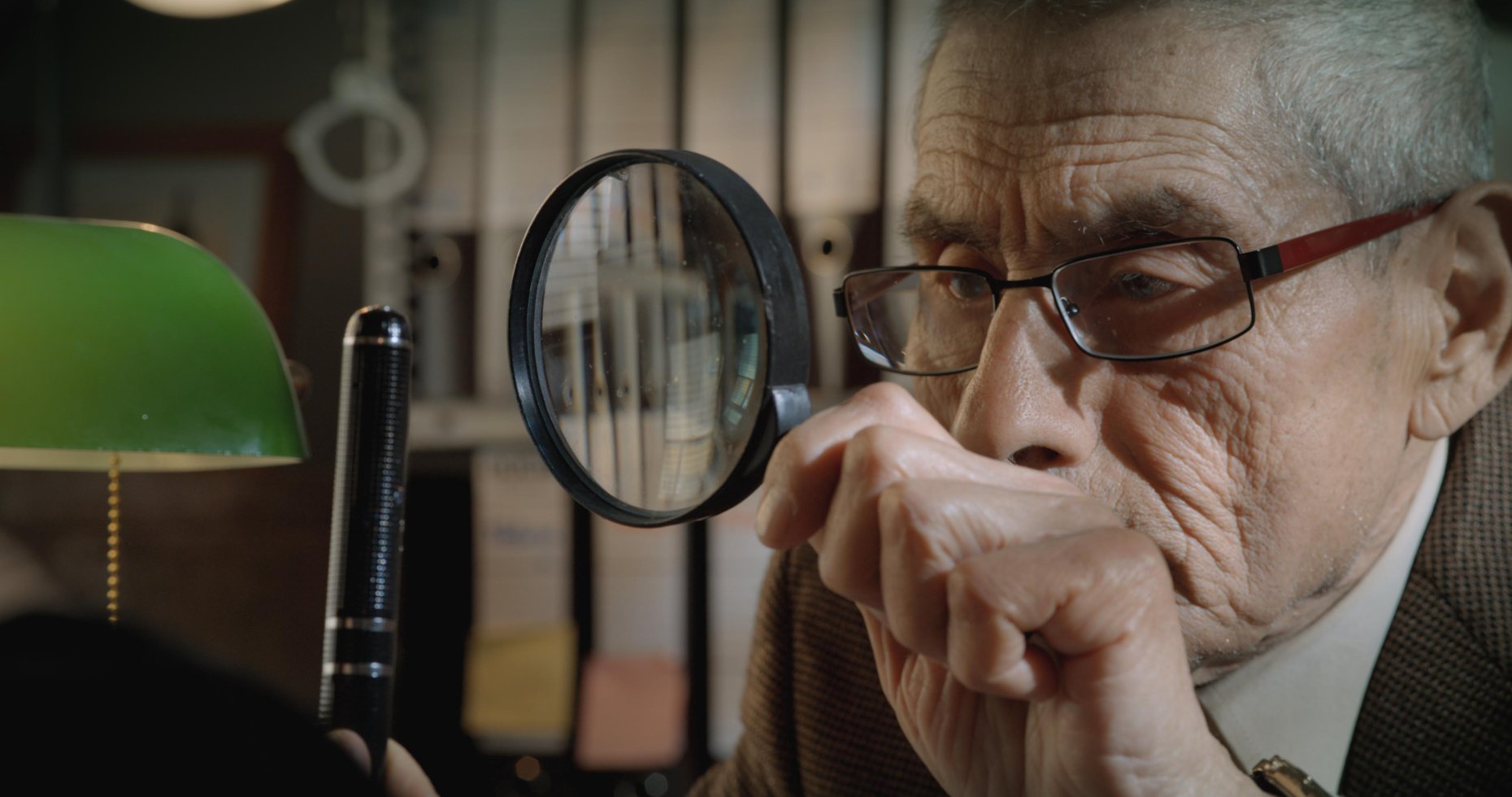 (Director Maite Alberdi’s octogenarian spy documentary The Mole Agent is available now on VOD. Like what you see here on Hammer to Nail? Why not pay just $1.00 per month via Patreon to help keep us going?)

Director Maite Alberdi (The Grown-Ups) creates a remarkable, raw portrait of life inside a Chilean nursing home in her new documentary, The Mole Agent. Working with her own small crew and one very cooperative octogenarian subject, she captures intimate footage of elderly residents yearning for basic connection, usually from absent family members, whose neglect of their inconvenient parents becomes the film’s central theme. It’s a sad, moving meditation on the human condition, framed within the conventions of a detective story.

We start with an unusual premise, wherein a private investigator, Rómulo Aitken, has been hired to explore whether the San Francisco Retirement Home, in the El Monte district of the Santiago metropolitan area, is abusing one of its denizens. His method of choice is to recruit, via a classified ad, an age-appropriate employee to send, incognito, into the community as a spy. The opening scenes show us this process, revealing both the initial posting followed by a montage of job interviews in an entertaining, highly stylized sequence of images. Aitken quickly lands on one Sergio Chamy, 83 years old when chosen, a recent widower who hopes the new gig will take his mind off his lost wife.

Chamy, unlike many of the people he will soon observe, is fully functional, both mentally and physically, and despite the misgivings of his adult daughter, looks forward to the three months he will spend on assignment. First, though, he undergoes a brief training on how to use an iPhone, a spy pen and spy glasses (both with embedded cameras). Ready for business, he embarks on his mission, instructions in hand.

There would be no movie, however, were the subsequent material shot solely from Chamy’s perspective. Alberdi has, it seems, negotiated full access to San Francisco, under the pretense of making a different kind of film (though we are never privy to those conversations). And so we enter the space as both outside observers and embedded journalists, watching Chamy at work from multiple angles (his own and the director’s). The visuals are frequently outstanding, cinematographer Pablo Valdés delivering stunningly composed shots that gently emphasize the loneliness of old age. And that is where the narrative diverges from its original intent.

For despite the stated goals of the investigation, what Chamy uncovers is not what is expected. Instead, he and Alberdi depart from the originally humorous irony of the beginning to discover that the great crime perpetrated here is not abuse by San Francisco’s staff, all of whom appear kind and loving, but the unintended mistreatment at the hands of missing progeny. The Mole Agent asks the simple, profound question, “Who will care for us when our societal and familial usefulness is gone?” It’s in the sad answer to that question that the real results of Chamy’s undercover operation lies. The melancholy of old age has, at least, never looked so beautiful.