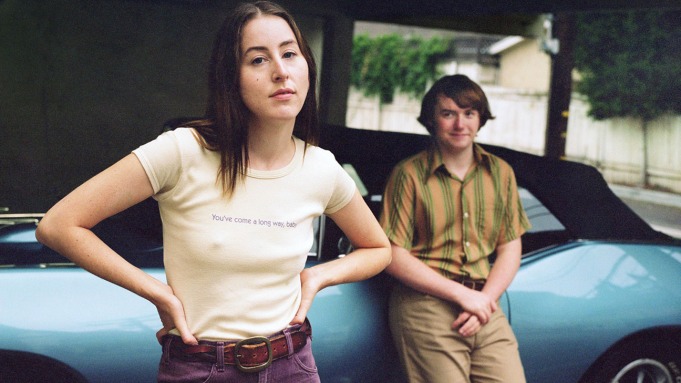 (Paul Thomas Anderson’s latest Licorice Pizza is in limited theaters now. Here. Sammy Levine gets personal in his movie review of Licorice Pizza. Like what you see here on Hammer to Nail? Why not pay just $1.00 per month via Patreon to help keep us going?

Growing up in the south, Tom Petty’s music helped provide the soundtrack to my life. As a young teen I would listen, mesmerized, as he shrieked in his high-pitched southern drawl, “the waiting is the hardest part!” At the time, I thought I knew the sentiment. Now, as a 27-year-old film and music obsessed fiend, I feel it. And as I become more and more entrenched in my obsessions with each year of life, it becomes more nuanced, more marked, and at times more intense. Every fall, I anxiously await domestic release dates for the premiere film festival’s most anticipated titles. The waiting is always a tough and exhilarating time as I devour initial reactions and reviews online. At times, I even tell myself I would fast-forward through my life just to see these films sooner. This feeling is further magnified anticipating the new films of my favorite auteurs.

Paul Thomas Anderson is far and away my favorite filmmaker. I wait for his films like previous generations waited for Kubrick releases. About every 4 years or so, he delivers. I have come to use his films to time stamp my life. In 2014, I was a dazed and confused sophomore in college when the world was graced with his fatalistic and paranoid Inherent Vice. In 2017, he presented his expertly stitched pristine fashion psychodrama Phantom Thread. At the time I was an anxious senior considering filmmaking full time, “Is this really a career option? How obsessed am I really?”

Fast forward to winter of 2021: I’m an advertiser working in media in NYC. I’m standing outside Village East by Angelika for a 70MM presentation of PTA’s Licorice Pizza. In queue with my fellow film friends; the line is massive. Our vaccine cards and IDs in hand, ready to flash the busy theater staff. The hype was real. Personally, I had followed Licorice Pizza through its name change, its casting announcements, it’s promotional campaigns, and so on. Yet, finally, here we were, the time had come. We were sucked in and embraced by the cavernous theatre. The exhibition room begins to fill. Eventually, we hit capacity and the lights go down. An image fills the silver screen. Sound floods the room. The commotion and excitement palpable. No trailers on 70MM, we skip straight to the punch. The crowd, ecstatic, roars.

When the end credits rolled, I left the theatre with a feeling of ambivalence. An ambivalence I had felt after just seeing The Master. An ambivalence after having experienced Inherent Vice. I know I had just witnessed another masterpiece. But my immediate reaction left me wanting more. I was hungry for another slice of this beautiful world I had just been sucked into and spit out of. My friends shared similar feelings. Does this mean the film itself wasn’t enough? Was it something that I didn’t get? We left the theater processing the film, looking for the nearest bar to discuss/analyze over a beer. As we stood and chatted in the jam-packed east village bar, we journeyed through the various aspects of the film: cinematography, writing, casting, and tone. Each of us contributing differing perspectives and appreciations of PTA’s latest. Eventually, we finished the pints and set off into the night. Parting ways as we walked to our different subway stops.

On my way back to Brooklyn, as I sat on the train listening to music, I thought harder and harder about the film. As I dug deeper into Licorice Pizza, its various scenes became more flavorful. Its taste richer. The construction and themes more impactful. It was latching onto my thoughts and creeping into my subconscious. Valentine’s constant reinvention was a metaphor for PTA’s shapeshifting filmography. Alana and Gary’s pure and innocent love; a parallel to PauI’s feelings for each new project. It was coming together. I could feel it…

Licorice Pizza is an episodic adventure following two misfits through the trials and tribulations of love and self-discovery. The latest world PTA has created reflects an amalgamation of his previous features: the episodic and Altman-esque ensemble scope of Boogie Nights, the hopelessly romantic lead characters in Punch Drunk Love, and the goofy antics and hypnotic pacing in Inherent Vice. In terms of Pizza’s craft, PTA pulls out all of the trademark stylings we come to expect from him: seamless tracking shots, slow push ins, claustrophobic close ups, and wide-angle distortions all to the tune of an explosive soundtrack. But what differs here, where he reinvents himself, is his letting go. Paul Thomas Anderson, a master in emotionally dense, depressing, and complex cinema, has made his most daring one yet: an innocent and upbeat film.

Licorice Pizza pulls out all of the stops when thrusting its characters into loony and zany situations. PTA’s writing, although challenging and meandering, is tinted with such nostalgia and otherworldliness it provides momentum and build even as certain scenes sputter. The collective performances of the ensemble are so assured it’s hard not to have a smile across your face through some of its rougher moments. Alana Haim, a feature film-newcomer mainly known for her music, is a natural. (PTA has previously directed her for Haim’s music videos). Her ability to elevate the scenes to new hysterical heights is leveraged with just enough temperament as to not fall into parody. She makes icky faces, parades around in a bikini, flashes a teenager, falls off a motorcycle and it’s all fair game. She has an innocent disposition, giving balance to the story’s imbalances, a gamble that paid off big time. Her counterpart, Cooper Hoffman (son of the late great Philip Seymour), on the other hand, provides the maturity to their relationship in the film. She’s a lost puppy and he’s the only man who treats her well. Hoffman’s confidence and assuredness shines through in his character’s swagger and supreme coolness.

A wistful and breathtaking reimagining of the past, Licorice Pizza floods our past with the pain of growing up. The pain of first love. The pain of people struggling to find their way. A past that still bleeds into the present. Where politics, social, and religious issues continue to evolve. Although a lot has changed, our personal concerns and preoccupations remain much the same: Will I find someone who understands? Will my parents like them? Can we be unapologetically ourselves and be accepted? Most importantly, what experiences will we use to tell our life’s story? Licorice Pizza reminds us, “Same shit, different day. Might as well laugh through it.”

Now as I wait for the next film from my favorite auteur, I realize something. When Tom Petty painfully sings, “the waiting is the hardest part”, I recognize its true importance in my life: I have something to constantly look forward to. It’s the hardest part because it’s the best part. Sure, I’ll still feel the sweat of anticipation. But I know it’s always tinted with the sweetness of my obsession with cinema. Making it all worthwhile.