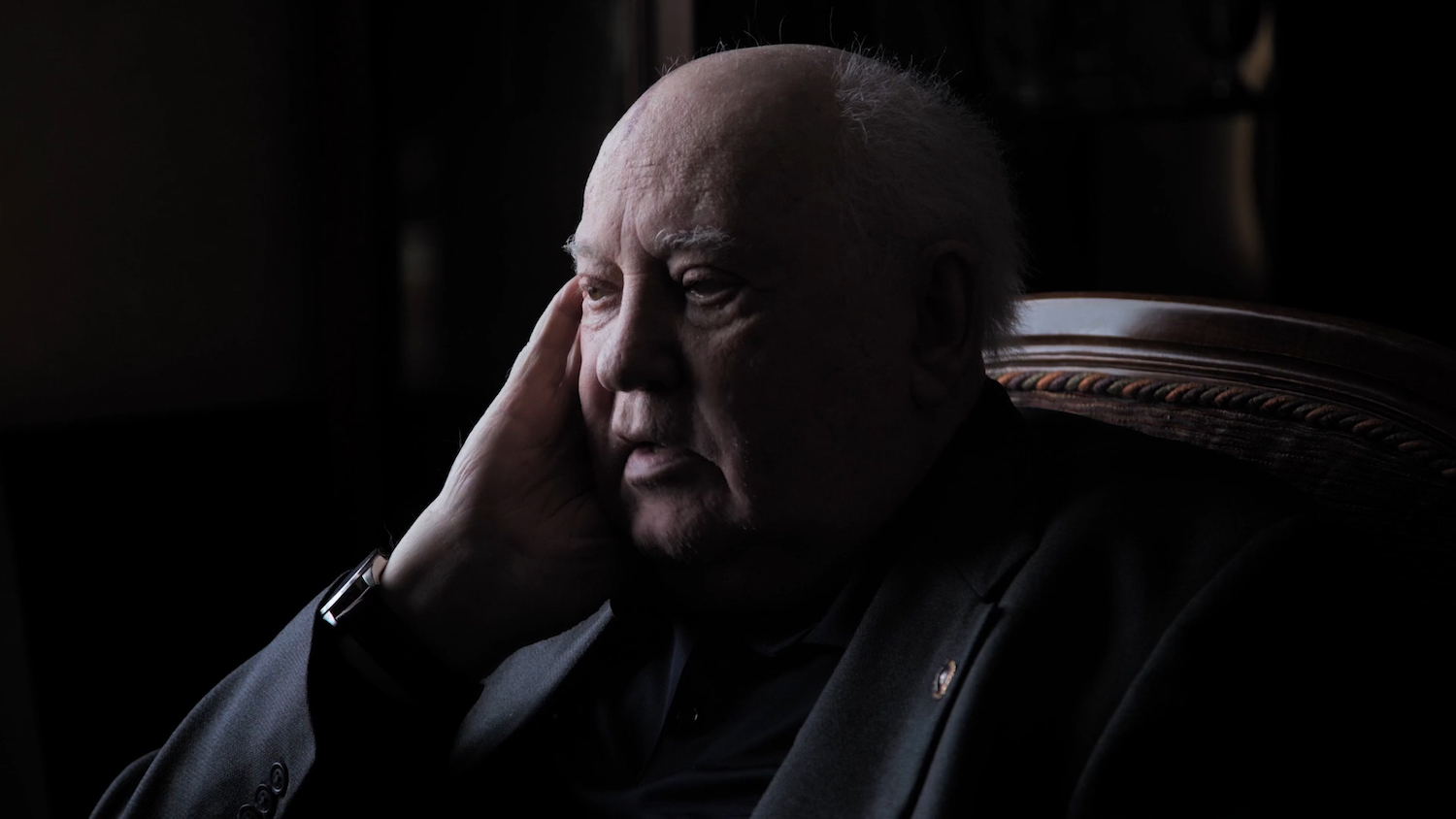 (Gorbachev. Heaven finds acclaimed director Vitaly Mansky at home with a man who helped to shape the 20th-century: Mikhail Gorbachev. Like what you see here on Hammer to Nail? Why not give just $1.00 per month via Patreon to help keep us going?)

Mikhail Sergeyevich Gorbachev was born in 1931, relatively early in what would be the extremely bloody reign of Josef Stalin, iron-fisted ruler of the Soviet Union from 1924 until his death in 1953. Despite the fact that both he and Raisa, the woman he would marry the year Stalin died, each had grandfathers who would suffer under the regime, young Gorbachev, like so many ambitious men of his generation, joined the Communist Party and worked his way up the ranks. Eventually, after first becoming the boss of his native region of Stavropol — in the southwest, not far north from Georgia— Gorbachev was invited to join the Politburo, that executive committee in Moscow’s Kremlin that managed the vast USSR. After a tumultuous first half of the 1980s that saw three elderly General Secretaries (what the country’s supreme leaders were called) die in a row, Gorbachev was handed the baton, taking charge at the comparatively youthful age of 54. Little did he know that he would be the last to head the nation, which collapsed in 1991, under his watch. What a journey!

Some of this is covered in Gorbachev. Heaven, the new documentary from Vitaly Mansky (Under the Sun), but much of it is merely inferred from Mansky’s alternatingly calm and them more insistent questioning of the once mighty man at the top, in his late eighties during the filming and increasingly physically frail. Compared to the Gorbachev in Werner Herzog and André Singer’s 2019 Meeting Gorbachev, Mansky’s subject looks positively ancient, in fact. He knows this all too well, announcing his own deterioration to the camera as he struggles to get out of an easy chair and into his walker. Among other points of interest, the movie is a terrific advertisement for the wonders of the United States’ Americans with Disabilities Act, since we watch in distress as Gorbachev struggles down stairs, either hobbling or being carried, with nary a ramp in sight (actually, there is one, in his house, which for some reason he does not use).

More than that, though, the film is also a meditation on power and its loss, democracy and the lack of it, socialism, and the beauty of Russian poetry and folk songs (which Gorbachev loves to recite and sing). A widower since 1999, Gorbachev still lives, as our story begins, in the villa bequeathed to him by the state when he resigned in 1991 (yielding to Boris Yeltsin). In addition, Gorbachev. Heaven spends a lot of time in close-up on its protagonist, allowing pauses, vulgarities and the usual old-man hesitations pride of place. Is this to show respect for the circle of life, to diminish a once-omnipotent near-Tsar, some combination of both, or something else, entirely? I confess to occasional confusion, but no matter.

To a former Soviet and Russian specialist like me, much of this fascinates, irrespective of technique or agenda. I came of age as Gorbachev acceded to the throne, quickly instituting his Glasnost (openness) and Perestroika (restructuring) programs. They were meant to save the USSR; instead, they inadvertently (if not always directly) destroyed it. Mansky does seem genuinely interested in exploring Gorbachev’s feelings about all this, as well as in egging him on to say something negative about Vladimir Putin (Gorbachev doesn’t take the bait). But to what end? Maybe it’s just a sad elegy to a lost cause. Whatever one might think of it, Gorbachev. Heaven is a testament to survival, however lonely. Farewell, dear Misha. You meant well…I think.