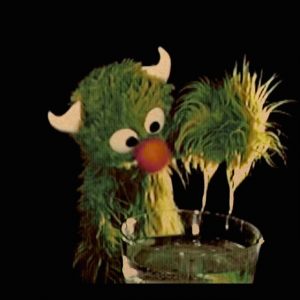 (Nick Toti breaks down what’s so great about The Creatures of Yes. This Youtube series featuring a group of homemade puppets is also a straight-faced experiment in time travel and offers the sympathetic viewer a near-religious experience.)

The Creatures of Yes is a puppet show in the vein of Sesame Street or the more sketch-oriented portions of The Muppet Show. It could easily be dismissed as nostalgia fetishization, but this would be simplistic and miss the deeper enjoyments of this remarkable series. A YouTube channel created by Brooklyn-based puppeteer Jacob Graham, The Creatures of Yes utilizes 70s-era video technology to recreate the warm textures of the muppetry that still colonizes Graham’s childhood memories. He describes his show as an experiment in time travel, but the results are grounded in a sensibility that is modern, ambitious, and sensitive to the possibilities of its medium.

When I first encountered the The Creatures of Yes, I didn’t know who Jacob Graham was. I was simply a long-time muppet enthusiast clicking on an adorable-looking video. I liked what I saw very much so I reached out to Jacob and we began a correspondence. I questioned him about his work and he watched a documentary I made. We became friendly, if not quite friends.

It didn’t occur to me that I should google this new acquaintance until a few months later. He mentioned something about his band, Sounds of Ceres, and I thought I’d look them up. To my surprise, I found that Jacob was actually somewhat famous. His previous band, The Drums, had been quite successful and there were numerous interviews and articles that had been written about him. Reading this material filled in a lot of backstory that I found helpful in articulating what I find so engaging about The Creatures of Yes.

The first thing mentioned in almost any article about The Drums is that Jacob and his bandmate Jonathan Pierce were both home-school kids who met at Jesus Camp. The narrative of two repressed evangelical teens embracing the rebellious life of indie rockers makes admittedly good copy, so it’s not surprising that the story was widely repeated. My interest in this origin story is motivated less by my prurient interest in Jacob’s personal life than the ways it seems to affect the content of The Creatures of Yes.

One of the first things I asked Jacob (before I knew anything about his background) was whether he was religious. There’s something about The Creatures of Yes that betrays a deep-seated religious impulse, but it’s hard to say exactly what this is. The show isn’t overtly moralistic or naive. It doesn’t suggest a narrow worldview or seem to have any agenda for its viewers. Each new video is a sort of contemplative aesthetic object that invites viewers to deepen their sense of empathy and wonder without drawing easy conclusions. In other words: it taps into a more primal religious impulse that transcends specific dogmas.

To digress for a moment, it strikes me as important to address the issue of genre. It’s hard to classify what each Creature of Yes video should be called. It’s ostensibly a series, but it seems unfitting to call each installment an “episode.” There are recurring characters but very little in the way of plot. Calling them “sketches” feels more accurate, but incorrectly suggests that humor is the intended payoff. Following in the religious theme introduced above, I propose that “parable” is actually the correct genre classification.

A misunderstood genre, largely due to its religious baggage, parables can be incredibly rich and full of thoughtful complications. John Dominic Crossan, in his study of parables in the Christian gospels, writes that a parable “is a metaphor expanded into a story…Whatever its actual content is, a parable is never about that content.” Howard Schwartz traces this tradition into the era of modern literature in his collection Imperial Messages: One Hundred Modern Parables: “Far from being cut and dried allegories with obvious morals, these parables more closely resemble dreams, with their strange atmosphere, unlikely settings, and unexpected twists.” This description is equally fitting to the individual parables contained in The Creatures of Yes.

I’ve selected a few specific videos to analyze a bit further, starting with Touching Water for the First Time

This was the first video posted on the Creature of Yes YouTube channel and it’s also proven to be somewhat atypical. It’s premise is that these Creatures know what water is but, for unspecified reasons (convention? taboo?), they have never touched it. What makes it atypical of the videos that would follow is that it almost plays out like a whimsical comedy sketch or some harmless distraction that was made to entertain young children. Later videos would become more emotionally complex and largely abandon the somewhat superficial cleverness of this early entry.

The lesson contained in Touching Water for the First Time is deceptively simple, but its multi-faceted implications hint at the larger ambitions of the series. A basic reading seems to encourage viewers to try new things and question their own prejudices, but it also engages deeper levels of imagination. What function does water serve for these creatures? Why haven’t they touched it? What other kinds of creatures might exist that I haven’t ever encountered?

Tom is a perfect example of how The Creatures of Yes often functions in ways that are closer to music than conventional cinematic narratives. There is no plot here – Tom is simply ironing a shirt and talking to himself/the viewer – but there is a tone and an emotional quality that is clearly communicated. Tom is lonely, but his loneliness doesn’t make him overtly melancholy. The viewer is left feeling endeared and perhaps a bit sad for Tom, but we like the fact that he’s hopeful. This is a remarkable amount of nuance for a video that clocks in at under two minutes! It’s unsurprising that Graham’s background is as a pop songwriter.

And on a technical note: WOW! What great puppetry in this piece! The way that Tom stops ironing when he gets wrapped up in his own thoughts is incredible detail work. The way he moves his head between staring down at the iron and up into the camera is perfect. These subtle little flourishes really bring the character to life.

Something I haven’t touched on yet is how the titles of these videos often explicitly state the theme, which is what one might expect from a straight educational program. In The Creatures of Yes, though, this stated theme (i.e. “Science & Technology,” “Drawing Pictures,” etc.) is typically subverted somehow. The next piece I want to give a closer look to is called Communication.

This is The Creature of Yes at its (current) darkest. Setting aside the gender confusion in the character Gladys (though a more in-depth analysis could make good use of this detail!), the characters are all unable to connect with each other. The filmmaking reflects this internal chaos by disregarding the “180-degree rule” and pointing the camera haphazardly at whoever is speaking. (Side note: This is not the only episode that ignores this convention. Jacob has mentioned that he would like to improve his cinematography so it’s possible that this is unintentional, but the effect here is appropriately unsettling.) At the point when a robot randomly shows up, the hope of meaningful communication seems completely lost.

And then Gladys suffers a psychotic episode. She sees birds that no one else sees and starts freaking out. Everyone stares at her. Cut to black.

For a lesson on communication, the implications here are pretty disturbing – especially for something that presents itself as a children’s program. The viewer is left disturbed and disoriented. We feel concern for Gladys and wonder what the fuck was wrong with everyone else. Again, these are remarkable feelings to have aroused by homemade muppets in two-and-a-half minutes!

This is Graham’s most ambitious video to date. Mary Broomfellow (who is both the funniest character and, as of now, the most “developed” personality of all the Creatures) attempts to explain her thoughts on the book Till We Have Faces by C.S. Lewis but can only muster cliches (a tacit critique of the “reviews” that help sell books while somehow communicating nothing). Eventually, though, she has a breakthrough of imaginative ecstasy and expresses unchecked awe in a flurry of avant garde experimentation with lights, drawings, music, and stock footage. It starts off quite funny and then shifts into a completely unexpected profundity. This is great stuff!

I’ll leave the rest of these videos for you to explore on your own. These ones are among my favorites, but they all have their riches. These strange, dreamlike videos with their unexpected twists pack concise little punches. And as parables, they stand up remarkably well to multiple viewings. In their simplicity, there’s something profound that gets communicated and re-watching these videos only deepens the complexity of the emotions contained.

Here are some links: 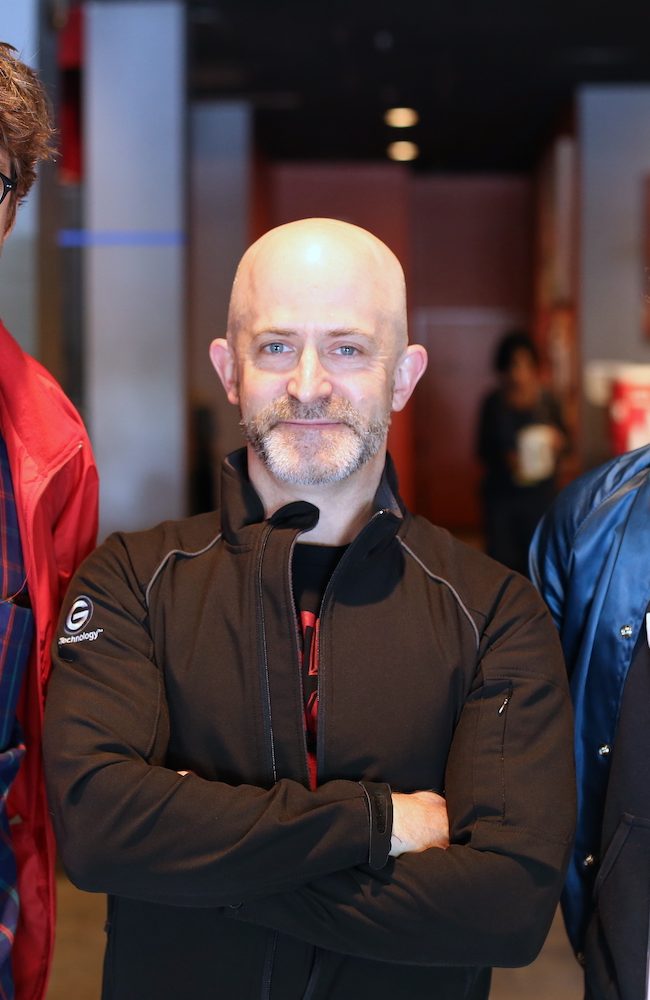 A Conversation with Albert Birney and Kentucker Audley (SYLVIO)