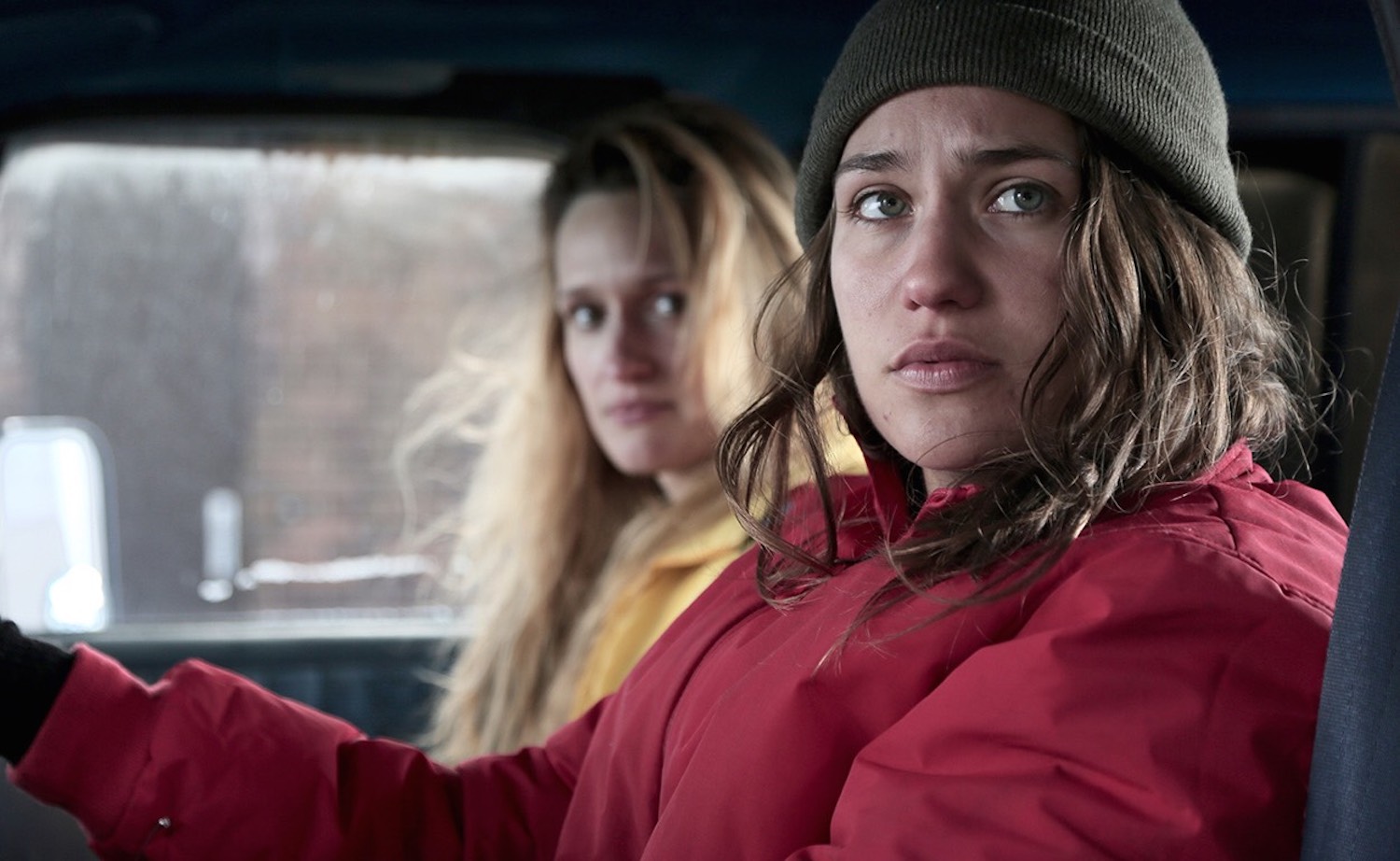 For a film that is otherwise such a wonderful celebration of the sexual and emotional awakening of a young woman at a major crossroads in her life, it’s a shame that AWOL ends on such a bleak vision of the consequences of love. Lola Kirke (Gemini) plays Joey, who is just out of high school and spending her summer at a carnival scooping ice cream when she meets the older, married Rayna (Breeda Wool, Faith Duluth on Lifetime’s UnREAL), mother of two. Though Joey’s own mother would prefer that she spend time figuring out the next stage of her life, which will hopefully include a stint in the army, Joey prefers to devote her energies to pursuing Rayna, who gleefully reciprocates the interest, though not so much when her husband, Roy (Bill Sage, The Archer), is around. Where, exactly, do Rayna’s loyalties lie? On that hinges the entire third act of the film.

Brisk, short (85 minutes!) and always engaging, AWOL follows Joey – portrayed with stirring intensity by Kirke – as she pursues the affair, which sometimes seems like the best thing that’s ever happened to her, and other times much less so. It’s in one of those down moments that Joey takes Mom’s advice and joins the military, hoping to get away and learn some real job skills, especially of the mechanical variety, where she has real aptitude. But then, at Christmas, she comes home and starts up again with Rayna, and with one big, impulsive, ill-advised decision, throws everything she has heretofore worked towards in jeopardy.

Director Deb Shoval, whose feature debut this is (adapted from a previous short of the same name, which also starred Breeda Wool, as Rayna), working off a script she co-wrote with Karolina Waclawiak, has a perfect sense of pacing and pitch. Every scene is both light on its feet and weighted with potential import; we never know what is leading where until we’re at our destination, after which, in hindsight, the path we took makes inevitable sense. The acting is uniformly strong, with the possible exception of Sage, who revels in his bad-boy menace just a little too much. The film belongs almost entirely to Kirke, however, who inhabits Joey as one possessed, making her passions very much her own. And though I have mixed feelings about the open-ended conclusion, I applaud Shoval for refusing to play nice. There is raw power in her filmmaking, and we should all look forward to what comes next.