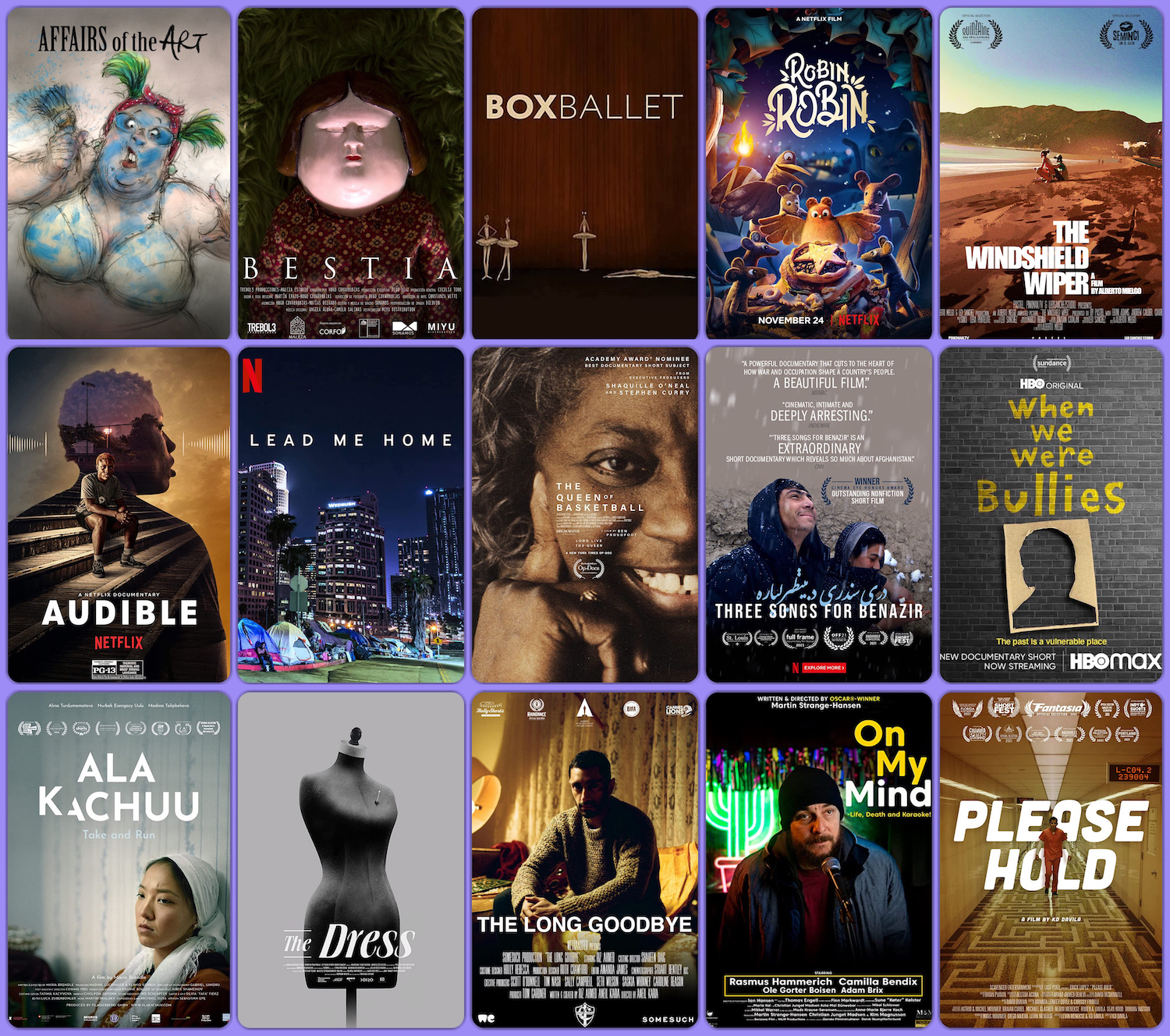 In the past, I have reviewed the Oscar-nominated shorts either in one big compilation piece or separately, by category. I missed last year, but now am back with a quick glance at the 15 nominated films. We’ll know by the end of Sunday, March 27, which films have won (for a complete list of all nominees in every area, check out the official Oscars site). I have little interest in making predictions. What follows reflects my own personal preferences, plain and simple. If any of these strike your fancy, it is still possible to watch them in theaters, courtesy of ShortsTV. To learn more about how to purchase tickets, you may visit their own site.

First of all, be aware that all but two of these are inappropriate for children, or at least need to be previewed by parents to see how they feel about their kids watching them. The ones with mature content tackle serious themes, whether it be torture in Chile, finding love (and lust), or following (or not) one’s passion for art (though this last one is at least told with tongue firmly in cheek). While I appreciate the artistry and ambition on display, this was not my favorite category. In order of preference, here are my thoughts:

I almost hate to put this one first, given that it flubs the ending, tacking on a random “they had their whole lives in front of them” tag in the final moments, completely unmerited by what has come before. It’s only at that point we discover that it’s 1991 and the Russian setting presages major changes ahead. Until then, this delightfully animated love story between a ballet dancer and a boxer, told without dialogue, holds our attention and proves emotionally affecting without approaching any kind of cloying sentiment. This one is miles ahead of all the others.

A globe-spanning (kind of) meditation on love and (un)happiness, The Windshield Wiper features nudity, sex, suicide (by jumping), and smoking. It all comes together in an evocative-enough mix, but never quite resolves into something truly meaningful.

The stop-motion animation here is stunning, and the material shocking. Let’s apply a special warning for bestiality. If that sounds disgusting, sure, it is, but so is the obscenity of government-run torture programs. Covarrubias deserves full props for his efforts, but the result is not exactly the sum of its disturbing parts.

It’s hard to tell which of the final two films are more annoying, but I’ll put this one above the other because the animation appealed more. In Affairs of the Art, we are treated, from the get-go, to a cacophony of sound that never diminishes, main character Beryl walking us through her bizarre childhood in Wales and the different paths she and her siblings took. It’s meant to be hilarious but oversells every single joke. Oh, and there’s nudity, just FYI.

I usually love Aardman Animation, but this was neither fresh nor comforting, though it traffics in the usual “just be yourself” narrative of Disney/Pixar, et. al. Still, this one, available on Netflix, should appeal to young viewers, though the songs (I am not anti-musical) may drive parents crazy. A tale about a robin brought up among mice who must choose to be either a bad mouse or a good robin, Robin Robin works very hard to be cute. Bah humbug.

This is the strongest category of the three. And surprisingly, though there could be content that affects different viewers differently, there is much less need of any kind of advance warning. Again, here are the films in order of preference, though the first three are all almost-equal favorites.

I had a chance to interview director Matthew Ogens out of the 2021 AFI DOCS Film Festival, and I excerpt from my intro in that piece. “Championship athletes may not be foremost on people’s minds when they think of a school for deaf students, and yet, why not? The children who attend are merely deaf or hearing impaired, in otherwise full control of their young, potentially powerful bodies. Such is certainly the case at the Maryland School for the Deaf (MSD), located in Frederick, a city in the western part of the state, about an hour north of Washington, DC. They are recurring champions in many sports, and generally triumph whether playing against hearing or other deaf teams. In Audible, director Matthew Ogens follows three students at the school – central character Amaree, then Jalen and Lera – in their senior year, as the football team struggles after its first loss in 42 games. The rapidly approaching Homecoming game will be their final competition not only of the season, but of their high-school careers.” It’s a pretty powerful look at very compelling characters, though there is talk of a classmate who killed himself, so steel yourself for that.

Do you know who Lusia Harris was (sadly, she passed away in January)? I didn’t! The only woman to ever be drafted by an NBA team (she did not end up going), Harris led the way for women basketball players in the early Title IX years, leading the Delta State University team to three consecutive national championships. In his loving, lovely portrait of her, director Ben Proudfoot crafts a marvelous tale of talent and resilience. Once her playing days were over, Harris was diagnosed as bipolar, but with treatment was able to raise a family and have a long career as a coach. It’s a beautiful story.

When We Were Bullies (Jay Rosenblatt, United States, 35 min.)

This is a pretty remarkable treatment of memory and grief, following director Rosenblatt as he first meticulously reconstructs a bullying event from his 5th-grade class, where he was one of the bullies, and then traces everyone else involved to hear their perspectives. Though unable to connect with the person who was the target, Rosenblatt at least finds meaning in the journey, exploring what it means to evolve from childhood trauma and violence to become functional adults. Using stylized animations intercut with audio and video interviews, Rosenblatt crafts a personal essay that resonates long afterwards.

I wish I liked this more, but if the access is remarkable, the story is thin. Shaista, at some point four years ago or so, wanted to join the Afghan army, though none of his male relatives wanted him to. Singing to wife Benazir, pregnant with their first child, he dreams of a better future than the impoverished present in which they live. Lots of details come our way, including shots of the American surveillance blimp over Kabul, but nothing feels edited with any kind of sharp purpose. When, towards the end, there is a major flash forward, it’s hard to engage, despite the real-world consequence of what we see.

I’m a fan of the work of both Pedro Kos (Rebel Hearts) and Jon Shenk (An Inconvenient Sequel), yet somehow their collaboration on Lead Me Home left me less than moved, despite the pain and misery we see. A look at homelessness in Los Angeles, San Francisco, and Seattle, shot from 2017-2020, the movie has a few too many music-drive montages and rides a line between cinematic exploitation and exposure of important issues that left me uncomfortable. I do not doubt the filmmakers’ good intentions but wish they had substituted those montages for some kind of discussion of the root causes of homelessness and what we can do to help, beyond the call to action at the end.

In this category, there were two very strong contenders. The other three left me somewhat cold, wondering how they made it in. Overall, with one exception, a very grim group. Here we go, same deal, in terms of the order.

The longest of the bunch is also the best. Ala Kachuu – Take and Run profiles the risks young women in Kyrgyzstan face from kidnapping and forced marriage. When protagonist Sezim leaves her home village for the capital city of Bishkek, she does so with an eye on bettering her lot in life through education. Unfortunately, she becomes a target of convenience for a would-be groom who can’t find his original bride of choice. Since the wedding is all planned, he just grabs the closest alternative, which happens to be Sezim. What ensues is a horrific journey of captivity, made worse by the lack of sympathy shown to Sezim by the older women of her husband’s family. Similar violence happened to them; it’s just the way of the world. Fortunately, Sezim does not give up, and though the movie proves harrowing, it is not without hope. Lead actress Alina Turdumamatova is a marvel.

From Poland comes an unflinching study in misery, though one with another strong heroine. Julia is a little person whose dwarfism has left her with little to no romantic prospects in her neck of the woods. She works as a hotel maid, confiding in best friend Renata that she’s never had sex but would like to. When truckdriver Bogdan shows her some real interest, claiming that her size is of no concern to him, she takes him at his word and slowly begins to hope for the best, searching for just the right dress to impress. Sadly, things work out even worse than she feared. Though depressing as all get-out, The Dress is meticulously crafted and has a deeply moving central performance from Anna Dzieduszycka, as Julia.

Far below the first two, but still not without merit, is Martin Strange-Hansen’s On My Mind, about a man who just wants to record himself singing Elvis Presley’s “Always on My Mind” on a bar karaoke machine so his wife can hear it as she comes off life support and dies. That’s right, it’s another sad topic! But there is humor here, too, in the way the bar interactions go, reminding that there can be more to existence than tragedy and death. Nevertheless, the piece is too pat, all threads tied up a little too perfectly to allow the emotions to truly echo beyond the chamber of the frame.

But soft! What cheeky gimmick from yonder screen breaks? Is this a comedy? You bet! If only it were not so one-note. In Please Hold, director KD Davila has a lot of fun with the soon-to-be-reality of a world where everything is automated, including prison. Young Mateo, a Latinx Los Angeleno, is on his way to work when his phone beeps, announcing his imminent arrest. Next, a drone shows up with handcuffs. When he tries to understand why this is happening, he falls further down an AI rabbit hole, and it only gets worse. There’s cleverness here, just not enough of it.

A companion film to Riz Ahmed’s eponymous album, The Long Goodbye could be something great, but instead, as awful as the gruesome murders within it may strike us, it ends up feeling like what it is: a promotion. After what seems like a sweet (more or less) family gathering in preparation for a big event, the story erupts into chaos as a squad of right-wing goons shows up to kill the people they see as brown-skinned, Muslim interlopers. Horrors ensue, after which Ahmed raps a monologue. Strong words and images in a setting that doesn’t quote work. 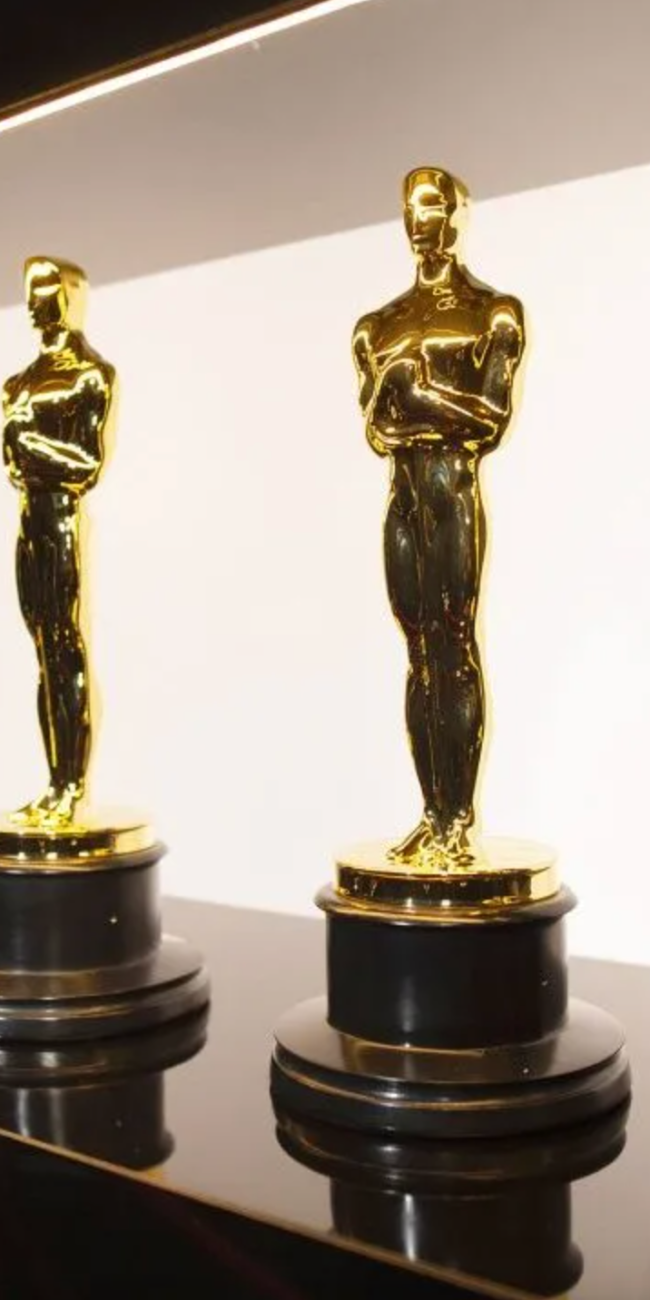