This year, the normally one-fisted punch of “Best of” lists has come from both sets of knuckles, which can be both exhilarating and exhausting. While we finalize our own Best of ‘09 and Best of The ’00s posts, we wanted to try something special this year. Rather than hearing solely from those who spend all their time on the outside of the screen looking in, we figured it would be nice—and different—to hear from filmmakers themselves discussing the decade in film. We thank the following artists for their contributions here, but most importantly, we applaud them for inspiring, exciting, entertaining, and challenging us with their work. We can’t wait to see what you come up with next!

As for the invitation process itself, two general nets were cast in which the invitees—directors, producers, DPs, editors, etc.—were asked to choose one film from the decade that really stuck with them and write a hearty paragraph of explanation. While most were advised to pick a favorite low-budget American narrative if possible, this was not an order (see Sean Baker’s brave choice below!). I think this will prove to make for a richer and more rewarding read.

To clarify once again, don’t read these entries and think that every single pick is the contributor’s “Best Film Of The Decade.” In most cases, it is not! A required word length/limit was not imposed either. Limits are limiting, man. We wanted to keep this as fun and open-ended as possible.

Be sure to keep visiting HTN daily, as we will continue to unveil new reflections until we run out.

Thanks again, everybody. And off we go… 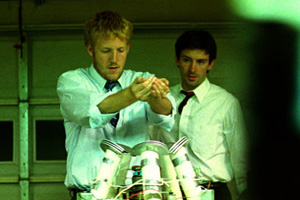 Directed, written, produced, edited, sound designed, and so on by Shane Carruth, Primer is a sci-fi indie that I find myself continuously referencing and debating ad nauseum. I’m a bit of a sucker for time travel paradoxes, but fuse that with a brainy story about greed and I’m defenseless. The production and post-production innovation under Carruth’s estimated 7K budget exemplifies true indie gumption. The creators tackled everything from in-camera visual effects to sound design in a scrappy, clever micro-budget fashion, to a result that haunted me plenty. The film prompted internet geeks to map out the multiple timelines of the plot, and try (often in vain) to make sense of it all. I’m still humbled that Carruth had calculated the perfect sci-fi/mystery story and performance style to shoot elegantly enough on their budget with the resources at hand. Primer contains so many fantastic examples about how less can be more, and how strategic withholding of information can render a more weighty result. All hail Primer. — Jennifer Phang (Half-Life) 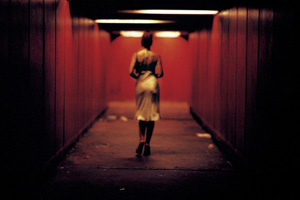 I remember everything about going to see Gaspar Noe’s Irreversible on opening night, sitting at the front of a tiny, partially-filled theater. My brother and I were planning to see Big Daddy Kane perform and at the last minute decided on this instead. We impishly convinced a friend to come on the false pretense that it was like Amelie. Ooopthz.

I’ve never seen a film so successfully juxtapose extremes of complete horror, vitriol and ugliness with absolute beauty and tenderness. After having all of my senses bludgeoned by the hate-fueled first act, it was to my amazement with each ensuing scene that Noe was equally adept at (the much greater challenge of) tackling the humane, heartfelt moments with absolute grace and sincerity. If he’d faltered with these aspects it would’ve been a reprehensible disaster.

With Noe’s previous effort I Stand Alone, I appreciated his direction more than the film itself. I knew if nothing else Irreversible would be an interesting gimmick, a revenge flick in reverse. I was blown away by what an original, precise work of art it was. Noe knew exactly what he wanted and fully realized his vision, from the concept itself to the fearless, nuanced performances, cinematography, sound design and progressive, deceptively subtle use of CGI. A total masterpiece. — David Zellner (Goliath, Foxy and the Weight of the World) 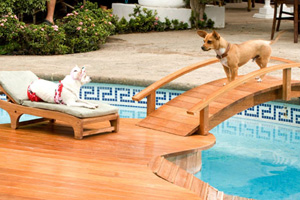 It was difficult to approach this topic because my first instinct was to write about my favorite film of the decade (Chang-dong Lee’s Oasis). But I see Michael wants something different here… so I decided to focus on the film that has single-handedly alienated me from my peers, girlfriend and even family members. The greatly under-appreciated and unfairly disrespected Beverly Hills Chihuahua. There is a scene in this film in which Papi (brilliantly played by Rusco, a So-Cal based Chihuahua mix) is looking out of a window toward the night sky. His thoughts are on his lost love Chloe, the spoiled Beverly Hills Chihuahua, who has gone missing. The adorable little guy intently gazes into the distance while Enrique Iglesias’s “Hero” perfectly scores the action. During this scene, I sat in the theater (yes, I saw it in the cinema) and a tear came to my eye. That’s right! I told everybody I knew to run out and see it. Everybody ridiculed me. But screw all of you. For me, any movie that can make me cry is a good film… hands down… no argument. I can’t wait for the sequel. (Rusco, by the way, is a former shelter dog who was discovered by a Hollywood animal trainer. He’s the ultimate non-professional break-out star!) — Sean Baker (Take Out, Prince of Broadway)

Trapped in the Closet, written, produced, directed, and performed entirely by R. Kelly, was quite simply the most ambitious, most experimental and most entertaining film of the last decade. — Adam Bhala Lough (The Carter, Weapons, The Upsetter, Bomb the System) 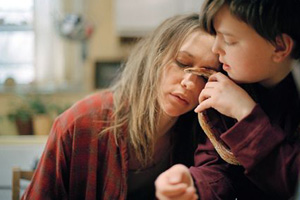 It’s hard to say what’s most impressive about Down to the Bone, Debra Granick’s micro-budgeted first feature — its roots in documentary, which make a working-class single mother’s struggle with recovery from drug addiction so rich in verisimilitude; the lyrical shooting-on-a-shoestring by DP Michael McDonough and stellar cutting by Malcolm Jamieson (both of whom I collaborated with on Diggers); or the vanity-free powerhouse of a performance by a then-unknown Vera Farmiga. A prize-winner at Sundance, Down to the Bone found a major fan in none other than Martin Scorsese, who felt this movie was such a fine continuation of the Amerindie filmmaking spirit in the tradition of Cassavetes that he organized a special screening at Goldcrest just to bring it to the attention of NYC cineastes. You can stream it on Netflix… Right now. — Katherine Dieckmann (A Good Baby, Diggers, Motherhood)

For me, the movie decade really began with my trip to the 2001 Slamdance Film Festival. I was in my first semester as a college freshman in Utah, still getting used to the cold weather when I borrowed my sister’s Saturn to make the trip up to Park City. The lines at Sundance were a little discouraging, so I went around the corner and bought tickets to anything that was available to see at Slamdance.

Up until that point, I was a fan of foreign and “independent” film, but most of my exposure had been to McMiramax multiplex-friendly indies (that were really anything but independent). I had never been to a film festival and seen raw films that weren’t pre-digested or pre-sold for the public. 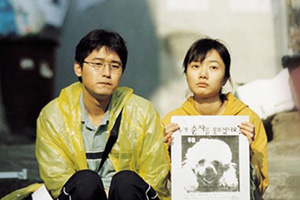 By far my most memorable experience at the festival was seeing Barking Dogs Never Bite by the Korean director Bong Joon-ho. The movie was sly, funny, and unlike anything I’d seen before. Director Bong was at the screening (he couldn’t have been much older than 30 at the time) and did a wry, self-effacing Q&A in which he confessed that the movie had been a “disaster” in Korea.

As a movie business luddite, I naturally expected a bidding war to erupt over Dogs and to see it quickly turn up in my local theaters in a few months time. Sadly, that never came to pass—but it was a good reality check for me as a budding filmmaker: worthy films don’t always garner the attention they deserve.

I’m not sure I’d remember the film as such an important turning point in my cinematic decade if Bong Joon-Ho hadn’t gone on to do such wonderful followup work. His subsequent films Memories of Murder and The Host (a third, Mother, is as yet unseen by me) are absolutely among the best in their genre—the murder mystery and the creature feature, respectively. For my money, he’s the most important mainstream director to emerge in this decade. Watching him work from relatively humble beginnings to becoming a globally recognized auteur has been encouraging beyond measure. — Dave Boyle (White on Rice, Big Dreams Little Tokyo)