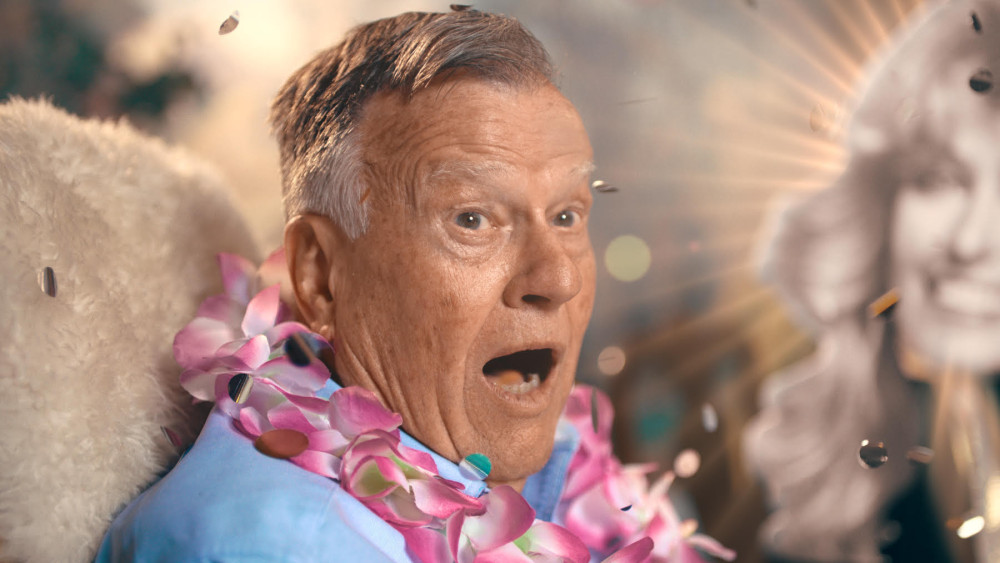 Kirsten Johnson (Cameraperson) wants to kill her father. Though he be very much alive, she can’t wait for his death to imagine its effects, spending the entirety of her new film meditating on what the demise of her remaining parent would mean to her and others. Does that sound dispiriting and grim? Think again, as Dick Johnson Is Dead is a beautiful, bracing and hysterical approach to its subject, Johnson refusing to let the approach of the Grim Reaper get in the way of a profoundly life-affirming take on dying. Fortunately for us and, especially, for the director, Dick Johnson is a lovely human being and dad, and this love letter to him is a call to the rest of us to step up and be as fine. The film is a wonderful gift not only from daughter to father, but from filmmaker to audience, allowing us to confront our own fears about death and accept that it’s just part of the cycle of the universe. Eternity lives within us, cinematically and beyond.

The passage into the hereafter would be far less sad were our time here on earth not so potentially glorious. There is misery in this world, but also joy. Having lost her mother to Alzheimer’s a number of years earlier, cinematographer/director Johnson bitterly regrets, among other things, never having documented mom prior to the disease. As father Dick approaches his mid-80s, with signs of his own dementia on the near horizon, Johnson helps him wrap up his life in Seattle (including his just-closed psychiatry practice), sell his house, and move to New York City to live with her. Along the way, she stages scenes of his death, some brutally shocking (particularly the first one, before we have understood the conceit), others less so, all designed to help her (and us) accept (and laugh at) the inevitable. Dad is game, so why shouldn’t we be?

Johnson also creates a delirious, stylized Technicolor heaven into which she places Dick and his remaining memories, mask-adorned dancers acting out heightened roles from the past. Call it cabaret afterlife, if you will, but it’s ecstatically loud and pink and, therefore, just as paradise should be, slo-mo disco ballet and all. In opposition to all this manic exuberance are the more traditional documentary elements where Johnson is alone with dad, or alone with him and her children, savoring every moment. She clearly loves her father deeply, calling him one of the kindest and most open-hearted people she has ever known, and will miss him terribly. This movie becomes the catalyst to celebrate his achievements. Whether one be family, friend or former patient, everyone appreciates Dick. It’s funny, then, how enjoyable it is to picture him dead.