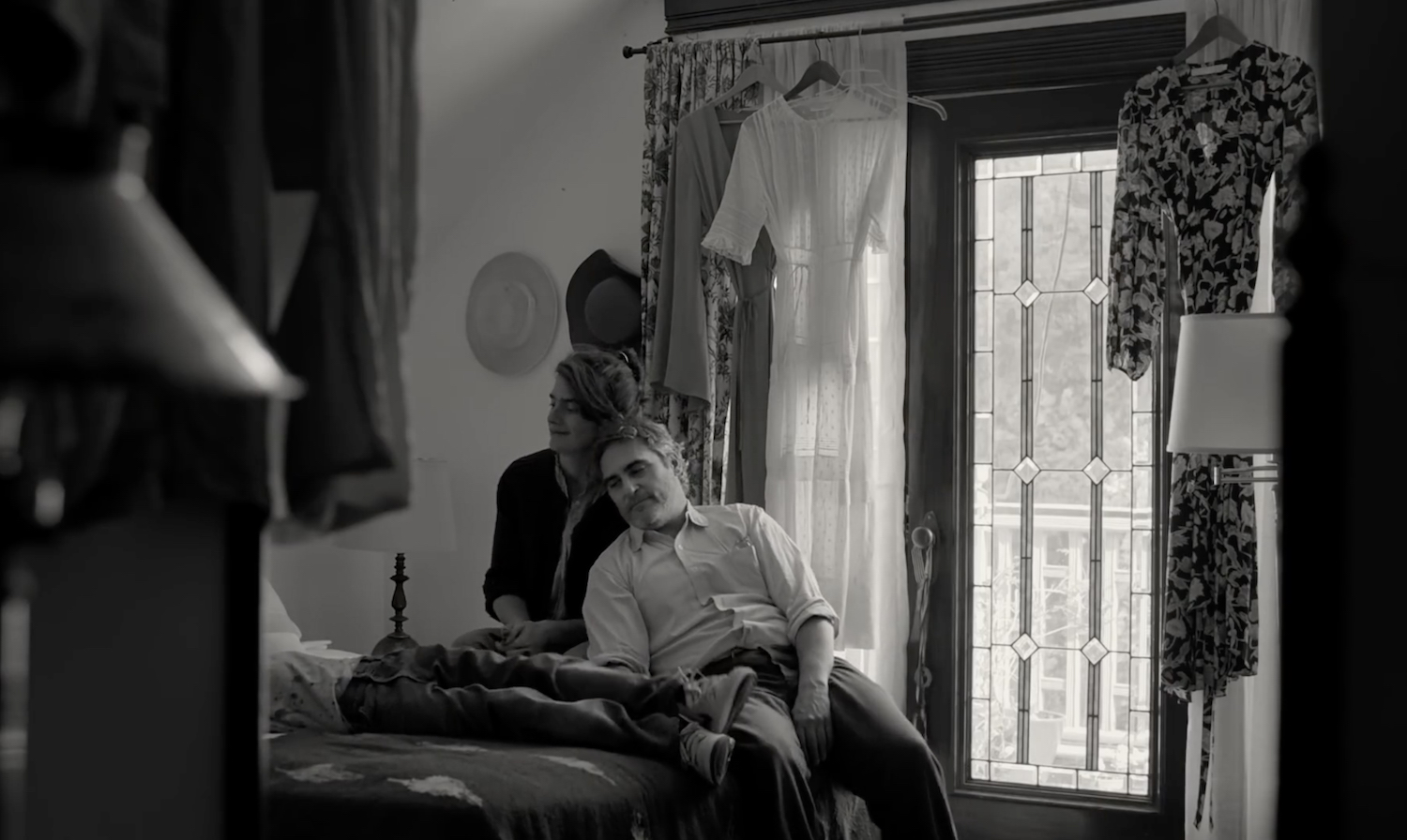 Editors Note: C’mon C’mon is now playing in theaters. Our review below is from the 2021 Middleburg Film Festival.

Film director Mike Mills has now made four narrative features (the first three are Thumbsucker, Beginners and 20th Century Women), and in each of them he demonstrates a remarkable skill in exploring generational conflicts and the ways that adults and children (as well as parents and their adult children) interact and evolve together. Never heavy-handed, Mills takes a series of gentle moments and layers them the one on top of the other to create stories of powerful emotional impact. In his latest, C’mon C’mon, he explores how the natural wisdom of youth can counter the sad cynicism of approaching middle age. Catharsis comes cloaked in simplicity.

Joaquin Phoenix (You Were Never Really Here) stars as Johnny, one of the producers of a StoryCorps-like public radio program focused on children. Traveling the country, he interviews his subjects in their homes, asking them how they see the future. They are, for the most part, deeply knowledgeable about the pressing issues they will face when older, their cuteness going hand in hand with fascinating insights. Shot in black and white, the movie presents its story in a matter-of-fact manner, as if these early scenes are merely background. They are not; in fact, they make up the fabric of what follows.

Soon, Johnny checks in with his sister, Viv (Gaby Hoffmann, Manhattan Romance). They have been estranged, we will learn, for a variety of reasons, including Johnny’s handling of her husband’s bipolar diagnosis and the siblings’ differing reactions to their mother’s death. Still, a bond remains, and when she asks him to come for a prolonged visit to watch over her son, Jesse (a wonderful Woody Norman), so she can go help that husband, Paul (Scoot McNairy, The Parts You Lose), who is also Jesse’s father, Johnny agrees. After all, he knows a thing or two about talking to kids. Or so he thinks.

As Paul’s condition requires greater and greater intervention from Viv, Johnny has to step up more and more, despite the fact that his work requires him to return to New York (Jesse lives in Los Angeles). Finally, he decides to take Jesse with him back East (after a clumsy request to Viv). He very quickly discovers that there is a marked contrast between being a fun uncle and a responsible father, and while the former does not preclude the latter, bridging the two roles requires effort. Meanwhile, there is the job to do, though for that Jesse can tag along. Colleagues Roxanne (Molly Webster) and Fern (Jaboukie Young-White, Dating & New York) volunteer to help, as well. It takes a village.

Except that it really takes getting to know each other. In carefully plotted sequences, Mills shows the alternatingly warm and wary dance between Johnny and Jesse, tender moments colliding with occasional discipline. Slowly, catching us unawares, the director builds a disarmingly tranquil drama about love, loss, and redemption that, by its end, packs a forceful punch. Suddenly, in the middle of it all, I found myself convulsed with sobs. Was it the relationship between brother and sister, siblings and deceased mom, Johnny and Jesse, Johnny and the interviewed children, or all combined? Damn you, Mike Mills! I so rarely cry!

The title comes from an interview Jesse conducts with himself (Johnny trains him on the equipment), in which he pretends to be one of the children for the radio program. As do all the kids, he meditates on what lies ahead. C’mon C’mon does so, as well, though it offers many flashbacks to what once was, showing how it influences the here and now. We are who we are, and who we will be. Even the unassuming use of text on screen, be it in reference to actual text messages, or titles of books being read, somehow relates to the overall connective tissue. Everything we do matters, so act accordingly, with mindfulness. Listen to the children, for they shall lead.