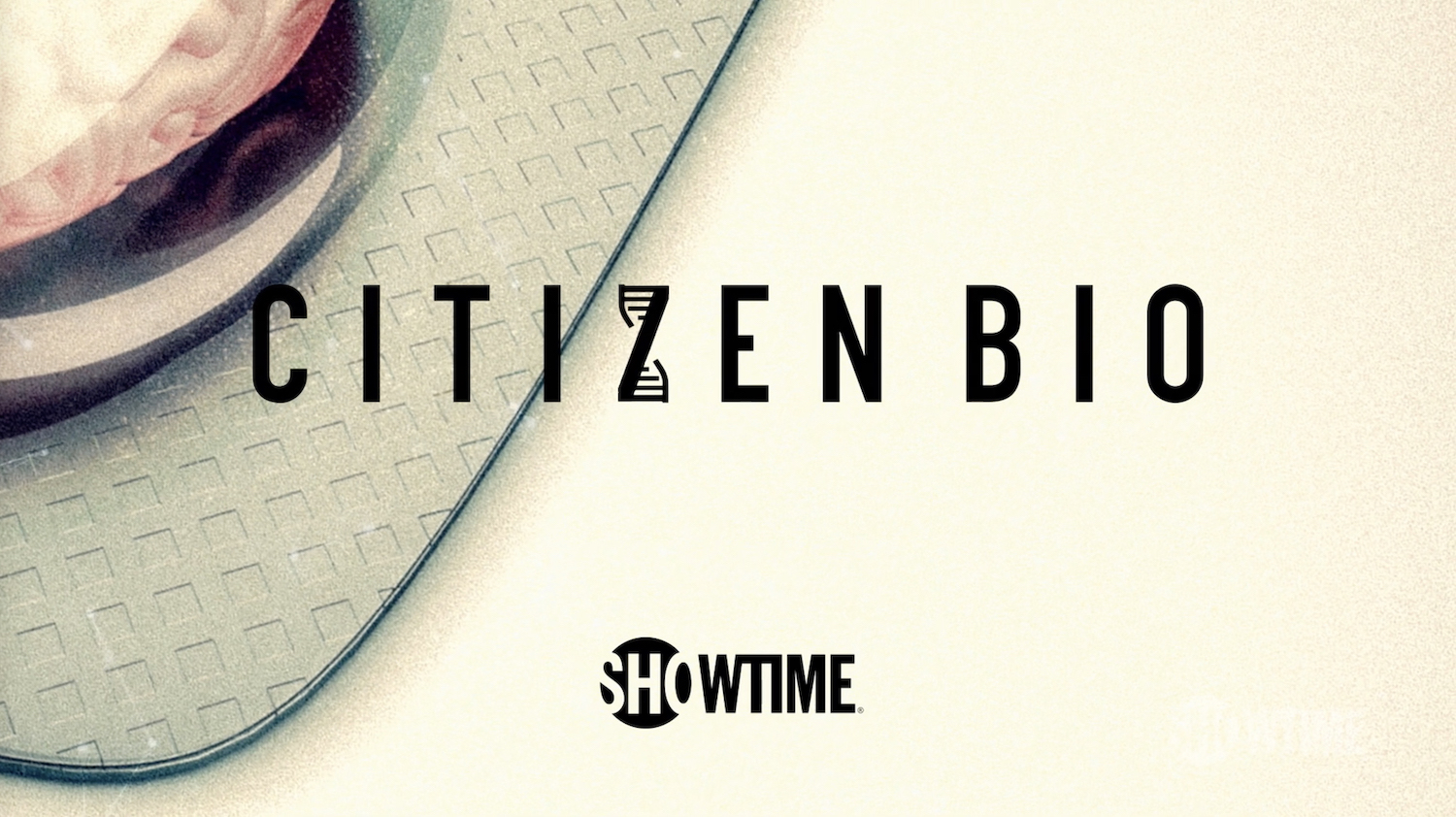 (Citizen Bio, a new documentary from director Trish Dolman is available now on Showtime. Like what you see here on Hammer to Nail? Why not give just $1.00 per month via Patreon to help keep us going?)

In today’s world, the progress of science now allows Homo sapiens to edit their own genomes, thanks to technologies such as CRISPR (explored at length in the 2019 Human Nature). Imagine being able to instruct your DNA to alter itself to either fix genetic diseases or fight off viruses liker herpes or HIV. This is not fantasy, but a reality that, though awe-inspiring, also poses ricks when misused. Enter the biohacker, a citizen scientist with varying degrees of actual training who believes that we should all have the freedom to alter our bodies as we see fit, regulations notwithstanding (within the community there is a wide variety of beliefs about how far to take experimentation). In Citizen Bio, a new documentary from director Trish Dolman (Eco-Pirate: The Story of Paul Watson), we learn all about these intrepid pioneers, chief among them the late Aaron Traywick, CEO of a company called Ascendance Biomedical at the time of his death (at the ripe old age of 28). Far more than a portrait of one man and those around him, the film is as much a meditation on the future of humanity as anything else. Be afraid? Perhaps, though the adventure ahead might be worth it.

If it takes a while for Dolman to hit her filmmaking groove, the end result still fascinates. At first we spend quite a lot of time with Traywick and his own personal backstory, and though his demise, untimely as it is, may be tragic, it turns out he is actually not the most compelling character on display. Still, he offers a way in, as his company represents the positives and negatives of this 21st-century move towards medical self-actualization. Though he, himself, had no particular scientific training, he proved a charismatic visionary, in much the same way as did Elizabeth Holmes over at Theranos (profiled in Alex Gibney’s The Inventor: Out for Blood in Silicon Valley). The similarities don’t end there, however: both entrepreneurs proved more adept at making promises than in delivering on them, as well as at fundraising, though Holmes’ ability to self-promote makes Traywick look like an amateur. And what did he peddle? Saving the world through the mass marketing of CRISPR and other life-saving technologies. If it sounds too good to be true, that’s because it was.

Still, Traywick was by no means a complete fraud, and he managed to surround himself with competent enough professionals to appear legitimate for a while. Many of them are here on-screen to deliver both testimonials and words of caution about his methods and achievements. They include Michael Laufer, Director of the Institute for Autonomous Medicine; science journalist Alex Pearlman; Tristan Roberts, HIV sufferer and biohacker Josiah Zayner, CEO of The Odin; Patti Zettler, former FDA lawyer; and many more. We also meet Traywick’s cousin, Edwina Rogers, a lobbyist who took her nephew in after a job at a microbrewery in South America ended and introduced him into her network. That worked out well for him, less well for her, as we find out.

Ironically, Traywick died not as a result of any experimentation, but from the far more conventional method of a drug overdose (unless one lends credence to the theory that he was killed, which the documentary briefly explores). Ultimately, Citizen Bio offers two parallel narratives: one a tale of hubris and its comeuppance, the other of the future of do-it-yourself science. It’s the latter that truly captivates, given the kinds of people we see, many with visible devices implanted under their skin (including a man with devil horns, just for fun), others with invisible gene therapies in their bloodstreams. Time will tell if they are merely crazy or the builders of a better tomorrow. They certainly, for now, hold our attention.