A Conversation with Raúl Castillo (THE INSPECTION) 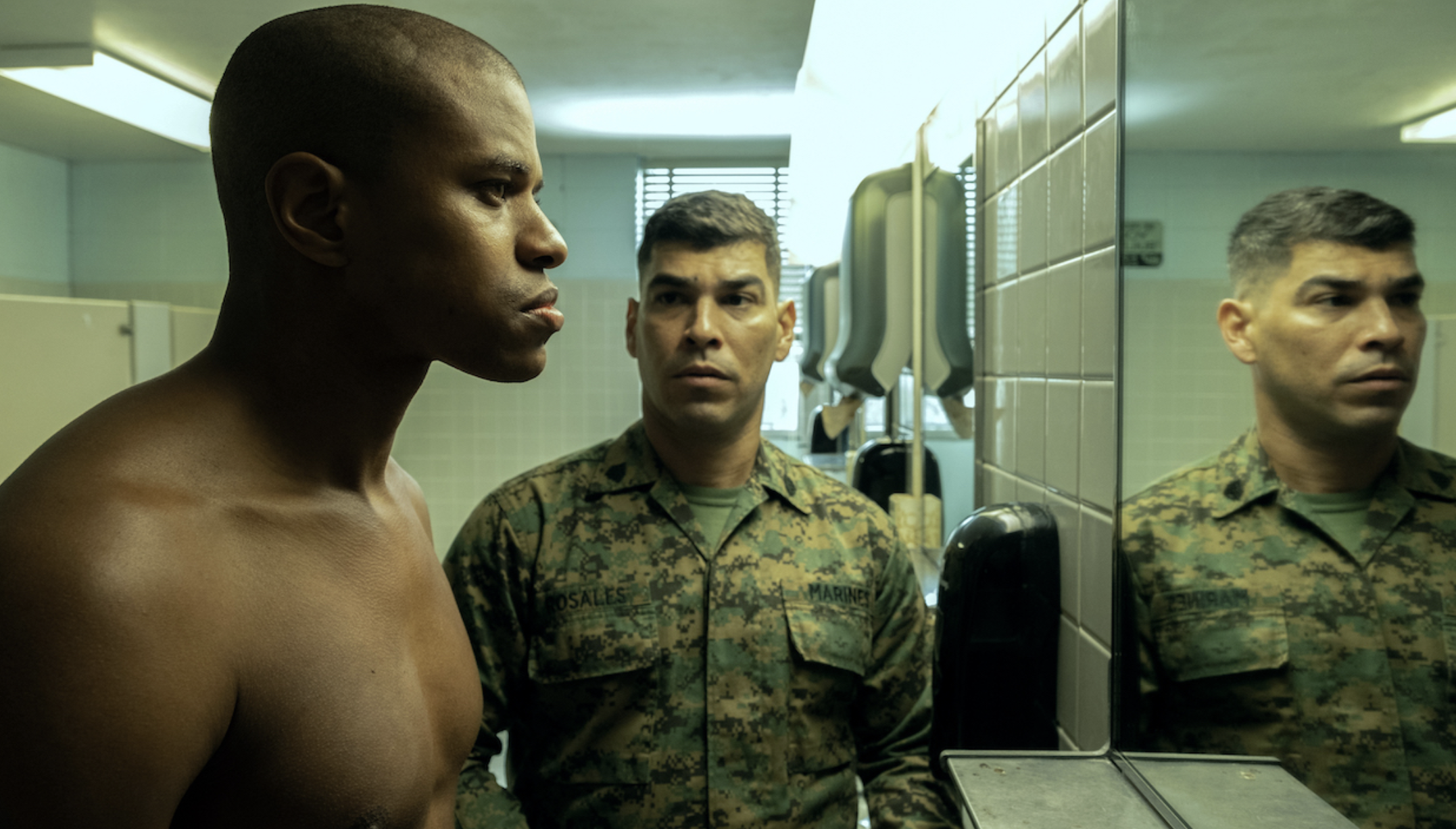 Writer-director Elegance Bratton’s The Inspection opens in theaters today from A24. It is based on the filmmaker’s own experiences as a young, gay black man enlisting in the Marines after living on the streets for almost a decade. Raúl Castillo (We The Animals) co-stars as Rosales, a tough but sympathetic drill instructor who helps guide the protagonist Ellis French (Jeremy Pope) to find his sense of self-worth. Castillo, who is nominated for a Gotham Award for Best Supporting Performance, spoke with Hammer To Nail about what went into his role and how he connected to the story. My interview with Mr. Castillo has been edited for length and clarity.

Hammer To Nail: So Raúl, congratulations on your Gotham Award nomination! How’s it been being on the road promoting The Inspection?

Raúl Castillo: It’s been a lot of fun. I knew the film was gonna be a special, special project from reading the script to the process of making it. Now, for it to be out in the world and for audiences to be responding to the work is just really exciting.

HtN: When I saw the film at NewFest, the audience was very touched by Elegance’s story. I could tell from some of their reactions that they really connected to it on a very personal, emotional level.

RC: Absolutely. I think that’s something we all felt as a cast. When we showed up on set, we felt there was kind of a responsibility to tell a story that, as you are aware, is really personal to Elegance, very much based on his own experience. We felt that responsibility on set. Now that it’s out and audiences are engaging with it, it’s really exciting to hear how people are connecting with the material.

HtN: I was really fascinated by Rosales. There are so many admirable qualities to the character. What drew you to the role in the first place?

RC: More than anything, I loved how Elegance was really commenting on masculinity in a way that men relate to one another. [The character] Ellis French, who’s wonderfully played by Jeremy Pope, is sort of used to these very transactional relationships with other men. I think with Rosales, he finds someone who’s invested in him not for what he can attain from him, but more from he can instill in him. I think he sees great potential in French. He sees this raw material and underdog who has the capability to become a good leader and he takes him under his wing, in a way. I just love that we don’t often see relationships between men like this. I just thought it was a very nuanced portrait on paper. I think that Jeremy and I were able to find something really special. Jeremy is so wonderfully gifted and he made the job so easy. It was a great character and I was really fortunate.

HtN: Elegance [Bratton] has stated that your character is based on a drill instructor he had in Marine basic training who played a huge role in instilling in him a sense of self-respect. What kind of conversations did you and Elegance have to bring this significant individual to life from both your portrayal and his recollections of it?

RC: The great gift that we have as a cast was just absolute access to Elegance. You don’t oftentimes have a director who is the greatest expert on the story they’re telling. He was such a bottomless well of information and resources in terms of him parting to us these personal stories. We had a great drill instructor [on set] who was a technical advisor to us, Octavia Jones, who served alongside Elegance. He brought her along because he knew she’d be an incredible resource. Bokeem Woodbine and Nick Logan, who play Laws and Brooks (the other drill instructors), we had access to some of the best technical advice. Elegance let me do my thing and he was generous in steering me in the right direction whenever I was lost or felt like I needed some guidance. For him to be making his narrative debut after working in the documentary space, I felt like the transition was just effortless for him. I’m excited to see what he does after The Inspection. 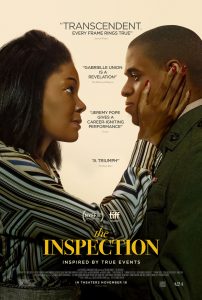 HtN: It’s known that the cast went through real, authentic boot camp training in preparation for their roles. Did shooting under these conditions affect your process of coming into your character?

RC: Yeah, very much so. We were in Jackson, Mississippi in July/August 2021, and it was brutally hot. We were in this police training academy. This man, who was a former Marine, built it with his memory of Paris Island. It very much mimicked the boot camp experience in a lot of ways, and it’s intense. These drill instructors are tasked with a lot. They have to instill the fear of God into these young recruits. The thing that Elegance continues to hark back to, and I think Rosales says this to French in the film, is these men are finding their worth and their ability to protect the Marine to their left and to their right. These drill instructors are tasked with that incredible responsibility, so just to get to the physicality of it, it was intense work but there was great trust. I feel the whole cast had a great comradery and I felt we were all lifting each other up as an ensemble.

HtN: The scenes of basic training felt very authentic, so I think you all really sold it thanks to that experience.

RC:  The beauty of that is you get this brutal boot camp experience but you also Ellis is a deeply sensitive character and there’s a real vulnerability, not just to the character of French. I loved watching the scenes with all the recruits that Rosales wasn’t a part of. There are all these great scenes with the recruits in the barracks and I was so envious because those scenes are so beautifully written and so beautifully played by those young actors. I loved those really tender scenes where we have those moments in between the brutality of boot camp.

HtN: Absolutely, especially in that wonderful scene where Ellis comforts his fellow recruit Ismail [played by Eman Esfandi] when he has a panic attack. It was a truly sweet and tender moment.

RC: Exactly. A lot of those are drawn from things Elegance experienced. The script was just so beautifully written. Just to see how Oriana [Soddu], our editor, and Elegance put it all together. Even Lachlan Milne, our DP. From the costume design to the production design, it was just an incredible team. To see their work celebrated now is awesome.

HtN: When you saw the movie for the first time, did you feel more connected to Elegance’s story than you did while shooting?

RC: It’s interesting because when I saw it, I was acting in a play called American (Tele)visions in downtown New York and there was a lot of connecting tissue between the play and the film. In the play, I portrayed a sort of domineering father of a young queer boy, so when I watched the film it was actually Gabrielle Union’s storyline I really connected with because I was playing someone that was really similar to her character. So I was just devastated by this relationship between mother and son. The story of a son seeking the love and approval of his mother is so universal, and I think audiences are gonna come to this film and connect with it because there are so many universal truths to this storyline. Jeremy Pope is just great in the film, he really pulls you in, and I can’t wait for audiences to see his work because it’s very special.

HtN: I’ve seen your work in other projects such as Looking and We The Animals. Rosales is different from those characters, but coincidentally they all carry amounts of warmth and tenderness, yet rage as well. Do you see a connection between these characters? How do you prepare for a role no matter how similar or dissimilar they may be? 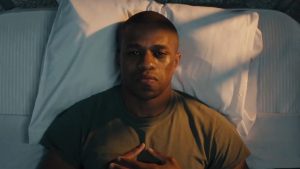 A still from THE INSPECTION

RC: I think in hindsight, I can see the parallels between these characters. When I’m going into it, I think that every character is so different, and the way that I approach each of them is different only because the story is very different. The story of Looking is very different from We The Animals to The Inspection, so I mostly just trust my gut when taking on a new character. I try to listen to the text at hand, and thankfully all those characters are just so remarkably different, even with all that connectivity. You start from scratch with each character and you bring whatever truth you, as an actor, have. I remember in college when I studied theatre and playwriting, I would write these papers comparing Arthur Miller to Tennessee Williams to Clifford Odets, and I hope one day there’ll be a film student that will write a paper about these three characters. That would be really exciting.

HtN: What would you consider your defining characteristic as an actor?

RC: My gut. Every time I read a script, I know when I connect with it on a visceral level. My gut just reacts to it in terms of the story, the character, and the director. When I was young and starting out, it was hard to trust my gut because you’re in your head so much and there’s a lot of intellectualism that goes into the work, but the more I got older I learned to trust it. When I read The Inspection, I knew I wanted to be a part of this. This story is so important and I want to see it out in the world. I ask myself if I’m connecting to the character, and Rosales was one hundred percent a character I wanted to play as soon as I got the script. 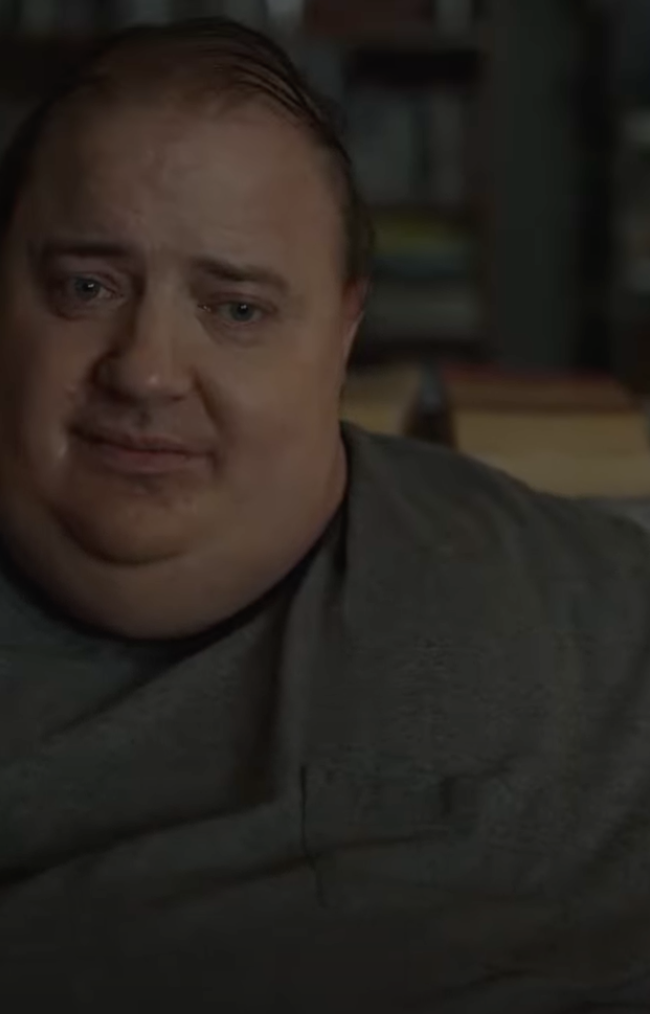