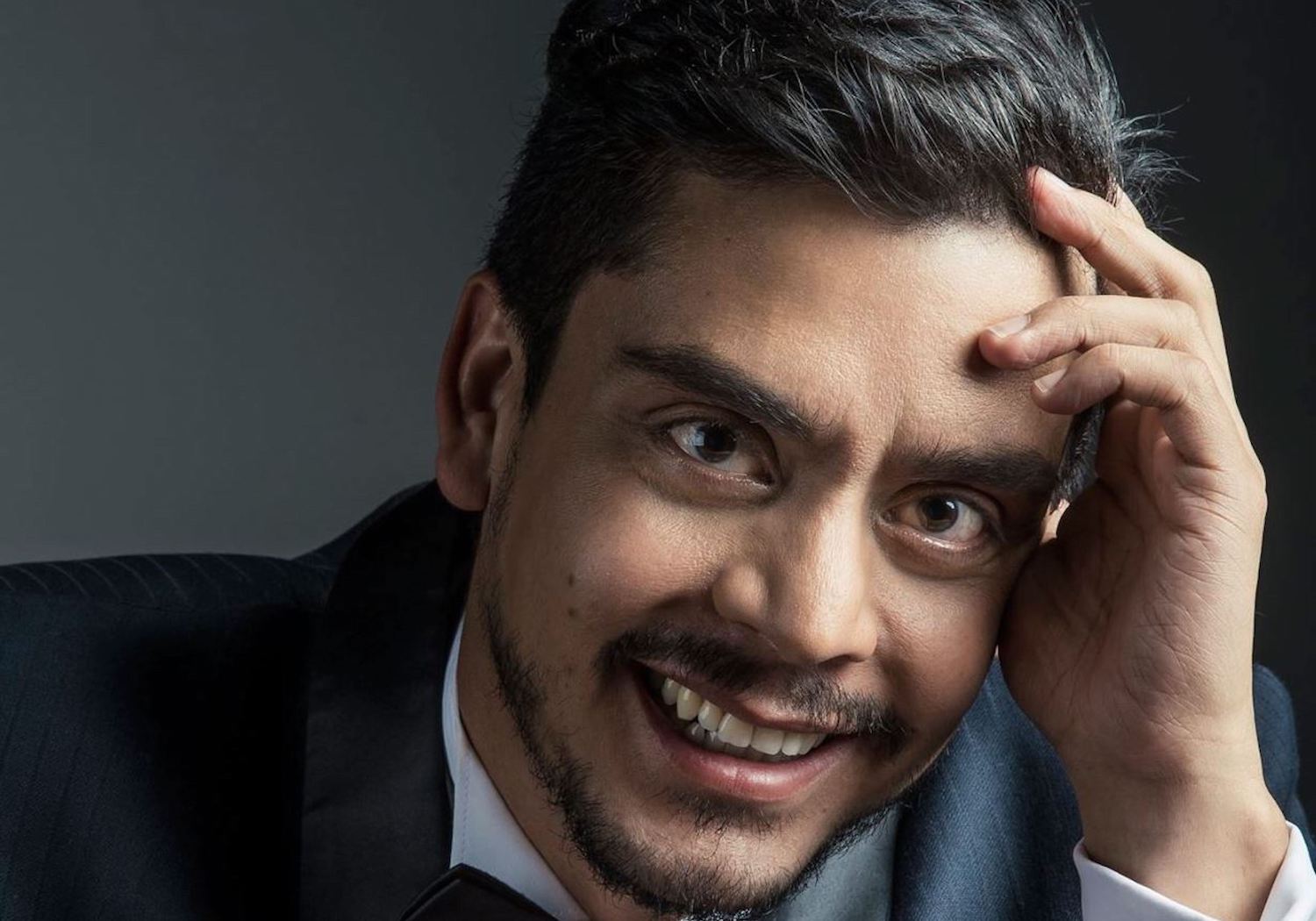 The haunting ghost story in La Llorona (previously reviewed for our site by Bears Rebecca Fonte), from Guatemalan director Jayro Bustamante (Ixcanul), is grounded in the real-life horrors of genocide and authoritarian rule. As things go from bad to worse for the story’s family, we enter a world where no amount of present-day tragedy can compare to the sins of the past. The aging general whose murderous misdeeds are now the subject of a national reckoning can no more protect his wife, daughter and granddaughter than he can himself. And as they learn the truth of his crimes against the country’s indigenous Mayan population, they may not want him to. Such is the evocative terrain of this powerful meditation on state-sanctioned terrorism. Throughout, Bustamante proves himself a brilliant cinematic guide through history’s barbarity.

At the start of March, I had the opportunity to speak with Bustamante via Zoom. As a big fan of Ixcanul (I have not yet seen his second feature, Tremors, alas), I was particularly interested to learn how he worked with stars María Mercedes Coroy and María Telón, whom he first directed in that debut. We also discussed his other casting choices, as well as his studies abroad (in France) and more. Here is a condensed digest of our conversation, edited for length and clarity, with some occasional additional rewriting to help make Bustamante’s English (otherwise excellent) more idiomatic for American readers.

Hammer to Nail: Since I am not a student of Guatemala, past or present, I’m curious to know how much of the plot of La Llorona is based on any actual reckoning with the genocidal past. Or is this wishful thinking on how you hope your country might reckon with the past?

Jayro Bustamante: La Llorona is a kind of catharsis, and a kind of recreated space in fiction to have some kind of justice. But I wanted to base the film in real facts, such as whether or not the 1980s genocide is the responsibility of that era’s dictator. All the numbers of people who were killed during the genocide are real. But after that, I didn’t want my characters to be inspired by any actual ones. I decided to base them on archetypes of Latin American dictators, because they all share the same characteristics in common.

Once, in France, I was giving a master class in the university, talking about the war in Guatemala, and when a student asked me, “Why are all the dictators in Latin America similar? It’s like they came from the same school.” And I told him, “They did come from the same school. It’s called ‘La Escuela de las Américas,’ and it’s in the USA!” It’s very strange how all of our wars’ policies were formed in the USA, and how the influence of the USA can be seen at the beginning of all of our problems in Latin America.

HtN: Has anything like the national reckoning we see in your movie actually happened?

JB: Yes, that’s happened. We had a long trial process of 10-12 years, at the end of which the lawyer for the ex-dictator was able to get him off on a technicality. So 10 days after he was given a sentence, he was set free.

HtN: Could you talk about your own history? You are from Guatemala, but left to study filmmaking in Paris. What was the most useful part of that brief expatriation to help you develop both this new feature and the 2015 Ixcanul?

JB: You know, I always wanted to tell stories. I started off with literature but then I discovered movies when I was 12. And back then, I was very close to my grandmother, who taught me to speak Mayan. And when I started to speak it in public, she asked me not to, saying it was better to only speak it in private. And in that way, I came to understand that being indigenous was a cause of shame. And along with a discovery of the work of Rigoberta Menchú, that was the moment when my social consciousness was born. So, I decided to use my professional life to fight against discrimination. 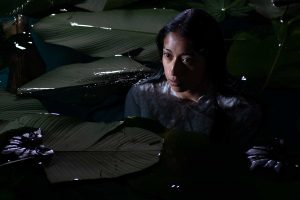 A still from LA LLORONA

We didn’t have film schools in Guatemala, so I moved to Europe to study film, and I became French during that whole process, which meant that I could easily make films in France with all the funding that they make available to French filmmakers. And my mother asked me if I would be more relevant as a filmmaker if I made a career there or if I came back to Guatemala to start building a kind of small industry. So I decided to come back to Guatemala, and we started building our production company. At that time, we had to use mostly foreign crew. We began that process with Ixcanul, bringing a lot of people from outside to teach our people here, and I ran a workshop with the actors for about 6 months, and we became their agents to help them find more opportunities.

HtN: Speaking of that process, your two female leads from Ixcanul, María Mercedes Coroy and María Telón, both star in La Llorona, as well. What was it like working with them on a very different kind of set from that first film? You were in the mountains before, and here you were in a much more urban setting.

JB: You know, it wasn’t very complicated for us to switch from one to the other, because Guatemala is kind of a mix of that. So, we can be in the heart of nature and then in a 15-minute drive you are in the city. Beyond that, we had a rather difficult decision to face in the new film, because I called both of them to say, “I am so sorry. I have a role for you, but it’s that of a maid.” That is a very big cliché, because the indigenous women of Guatemala are seen as maids all the time. But I justified it by explaining that in Guatemala, people see such maids as nonexistent people. In a way, they are like ghosts. And since we were making a film about ghosts, they really understood that. And they wanted to represent such women who worked in people’s houses because they wanted to give them a voice.

Working with these two actress is important to me, not only because they are full of talent, and beautiful, and they are my friends, but because Guatemala is a racist country. And after starring in my films, these two women have become icons of art and culture in our country. And we don’t have a lot of such icons, and almost no indigenous people represented in that way. And that is so important.

HtN: Indeed. Representation matters. So, I really loved your sets in La Llorona, especially that mansion where the general and his family live, with that amazing garden. What was the process of location scouting like? Did you assemble multiple locations to create that one cinematic space?

JB: You know, it’s all one location, for the house and the street. We built that street on the grounds of the house.

JB: We did it that way because at the start of the filming process we received some threats, because people in Guatemala don’t want to talk about this stuff. So, we were conscious of the risks we were taking and decided to ask help of the French ambassador, who gave us his house to use in the film. So we made the film on French territory, even though we were in Guatemala. The Mexican ambassador also helped, so we shot some scenes in the Mexican embassy, and the Jewish University gave us space to shoot in, as well. We couldn’t have a sort of dream scout for locations; we had to choose those where we felt comfortable and safe to shoot in. But we transformed the house and the other locations, for sure.

HtN: Is that garden part of the French embassy, then?

HtN: Wow! It’s a lovely space. So, why did you cast such a physically small man as the General? Was it to purposefully show how diminished this former monster has become?

JB: With that character, I wanted to build an archetype. And that kind of archetype of power are often associated with Napoleonic characteristics. And I wanted to give him that kind of duality that comes with age and makes him appear more human. Myself, I’ve had the opportunity to be close to that kind of dictator, and they have a very magnetic charisma and a very strong personality. I was impressed. For sure, I don’t agree with them in any kind of way, but I felt the sway of that power when I met them.

HtN: I was very impressed by how much the general’s wife and daughter truly look like they are related. How did you find them?

JB: (laughs) You know, Sabrina De La Hoz [the daughter] is an actress that I met 25 years ago, and I used her in my second film, Tremors, where she has a great role as an evangelical woman trying to convert homosexuals. And Margarita Kenéfic [the mother] is a very important theater actress and human-rights activist in Guatemala. When I realized that they were very similar in appearance, I knew that I wanted to play relatives, but getting them together like that was still kind of coincidence.

HtN: Well, their pairing works. Jayro, thank you so much. I appreciate you making the film, as well as Ixcanul, and I look forward to at some point watching Tremors. I wish you all good things!

JB: Thank you so much! 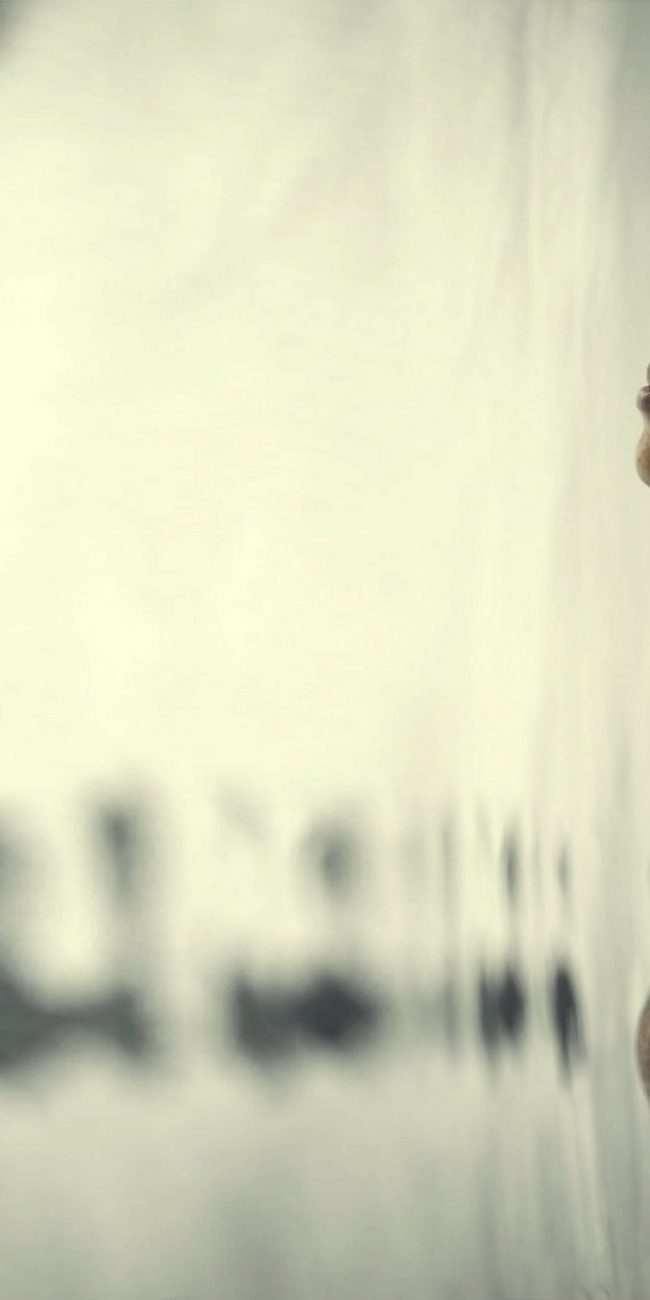