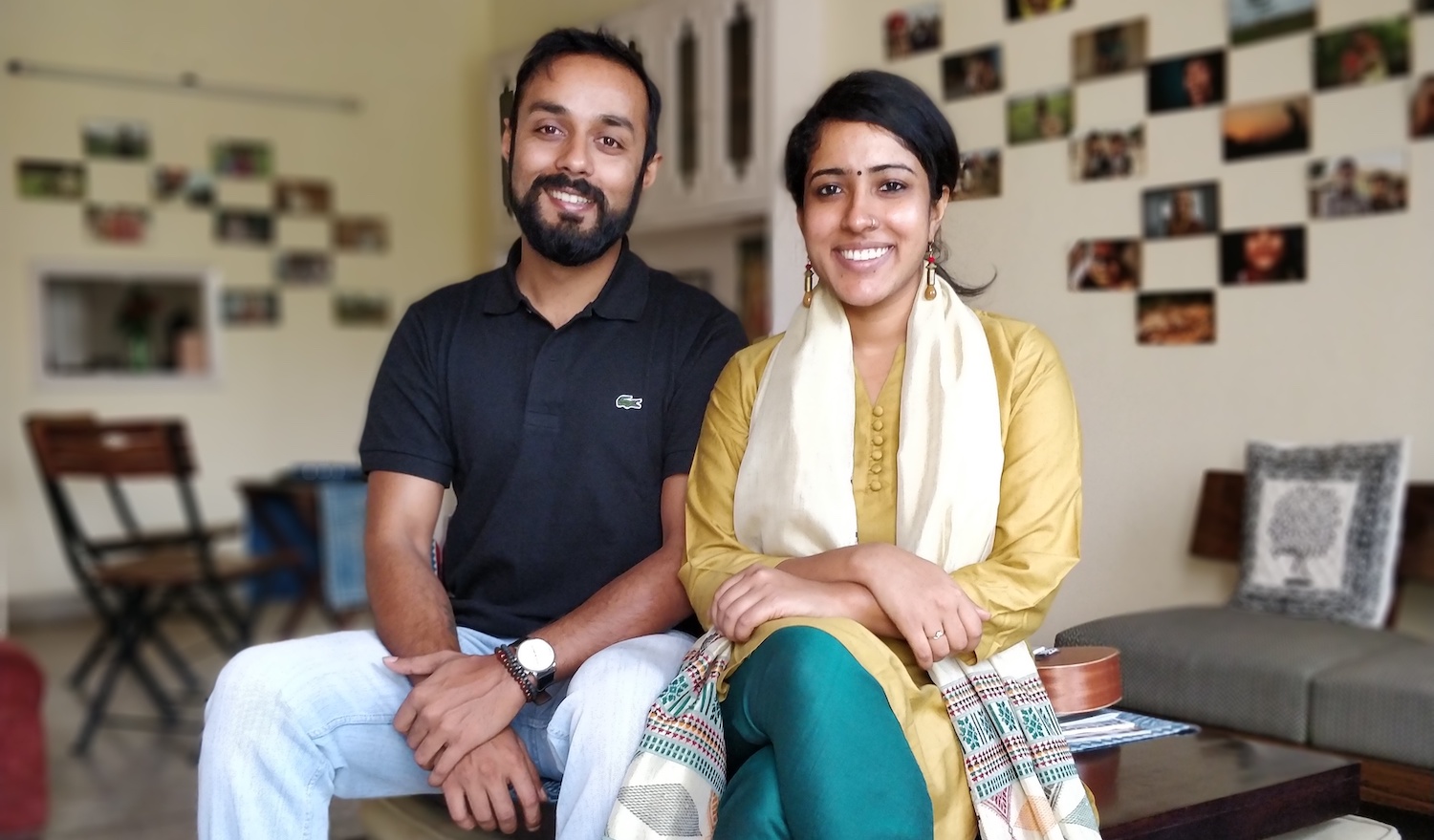 Shortly before the start of the 2021 Sundance Film Festival, I spoke by phone with documentary directors Sushmit Ghosh and Rintu Thomas (who are also husband and wife) about their debut feature documentary, Writing with Fire (which I also reviewed). The movie follows a collective of Dalit (India’s lowest caste) women in the Indian state of Uttar Pradesh. They are the founders of Khabar Lahariya, a newspaper that is the first of its kind in their country: one run entirely by women. They work hard to cover issues of interest to the working class while also doing their best to hold local officials accountable to the people they represent. The paper, with a robust online presence, is rapidly becoming a journalistic force to be reckoned with. Here is a condensed digest of our conversation, edited for length and clarity.

Hammer to Nail: What drew you to this particular story? I know that your production company, Black Ticket Films, is devoted to social-justice stories, but was there anything in particular that made these women stand out to you?

Rintu Thomas: In our short films, we have always felt attracted to people who are in unfavorable circumstances in life, who are marginalized by a system that is supposedly more powerful than them, but have such a strong spirit that they can forge their own path and change their lives as well as the lives of others. When we saw a photo essay on the internet about a woman traveling across different villages in Uttar Pradesh distributing a newspaper, we wanted to know more. They had been doing this for about 14 years, and at that moment they were transitioning to digital. So we were very fortunate to find the story at the right time.

HtN: Where does your production company’s name come from?

Sushmit Ghosh: When physical tickets to movies were still a thing, you’d have to go out, line up outside a theater and purchase a ticket. And sometimes, along would come a highly anticipated box-office hit, and tickets would sell out. And then you’d have people walk up to you and ask, “Do you want a ticket? Do you want a black ticket?” They’d charge you twice the price of a normal ticket to go and watch the film. So in India, “black ticket” came to mean paying more for something that you really wanted to watch. When we founded the company in 2009, physical tickets were still around. But I guess the concept doesn’t really exist now, with digital bookings, etc.

HtN: Well, hopefully, however people watch your movies, they are paying double or triple what they should…

HtN: I always ask this question of co-directors: how do you work together as a team? Does one person do more of one thing and the other more of something else? How do you divide the labor?

SG: So, when we got married, one of the ground rules we set was to not bring work home, but it’s very difficult to do that. Especially when the pandemic hit and we were deep into editing the film together. We were living in the same space, one of the rooms in the house is an edit bay, when you step out of the room you need to switch gears – cooking the food, cleaning the house, everything else – and it can get tricky. But Rintu and I went to film school together, and we realized back then that we were both drawn to documentaries and our storytelling approaches, philosophically and aesthetically, were very similar. So we were always on the same page.

One of the driving philosophies behind the founding of the company was that documentaries can look good. Especially when we were growing up in India, documentaries tended to be very formal, from the Soviet school of filmmaking, almost propaganda-like pieces, and so in India, people would run away when they would hear the word “documentary.” That was something that we wanted to address through our work: that documentaries can look sexy, as well. And that’s something that we’ve been able to do over the last decade.

RT: In our collaboration, Sushmit is the big-picture person, and I am the person interested in the smaller details. It’s a good combination because that means we have the macro and the micro, and that informs the decisions that we each make. 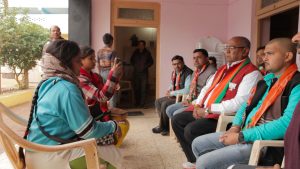 A still from “Writing with Fire”

HtN: That sounds like you are the perfect team, then. So, I love the subjects of your film. The chief reporter, Meera, is not only a powerhouse, but a super-smart powerhouse. I love how gently, yet precisely, she explains the process of not just journalism, but digital journalism, to her employees. What was it like working with her to make the film?

RT: It was interesting when we started filming to see how they reacted to being in front of the camera as well as behind the camera. They were talking in the language of long shots and close-ups and storyboards, for their own video work, which is very similar to our language. So we were working with characters who understood that part. And Meera is a very natural leader. She understands that there are people in the room who will pick things up quickly and there are people for whom it will be a journey of many years to get it right. And that quality is something she brings to everything in her life.

She was also someone who asked very pertinent questions throughout the filmmaking process. She didn’t understand, at first, that a movie is going to take much longer than the shorter stories she was telling in her own work, but she figured it out quickly. It was a learning process. And she trusted us completely, especially in the part where she introduced us to her personal life, opened her home, and trusted that we would handle that part gently.

It was also very interesting to watch her at work, in the field. She spoke with such assurance. You see that in the scene in the police station. But she is always respectful, even when speaking to people with whom she disagrees. And I think that’s a defining feature: how you speak to people who you don’t agree with. That was my biggest lesson from her, because if you want to function as a newspaper in a space like Uttar Pradesh and have that organization run by women for now almost two decades, you’ve got to forge relationships, and forge them with people who are not necessarily on your team. So, when you have someone who is leading the way like that, it’s a great experience to just stand back and observe.

HtN: Speaking of people who get things right away and those who take longer, you have two other main subjects in your film who represent those two extremes: Suneeta and Shyamkali. Suneeta picks everything up right away; she understands technology. And then you have this other woman, Shyamkali, who ends up coming along and does some really great work, but she takes longer, and Meera’s patience pays off. What was it like working with the two of them?

SG: Suneeta is a force of nature. She’s vivacious, she’s extremely ambitious. She also speaks bluntly, without concern for whether the person in front of her is going to be hurt by what she is saying. In that sense, she is quite brutal with her words. So she was a very interesting sort of foil character to Meera, and the whole concept of the mentor and disciple played out beautifully between them. And she has now gone on to a leadership position within the organization. So, she’s a live wire, and it was always fun to be filming Suneeta, because you could never expect what would happen next. You can see that in the scene that played out with the men on the road. The other thing about Suneeta is that she can hold her ground. I feel that Meera would have dealt with the situation with the men very differently. So there was never a dull moment with Suneeta around.

And Shyamkali, for us, very early on represented the vulnerability, or fragility, of not knowing what technology is. Her arc has been one of the most beautiful ones for us to film, because she went from someone who was scared to touch a mobile to someone who is now regarded as one of the best photographers in the organization. It’s been phenomenal. And what attracted us to her was the courage of her spirit, that despite the fact that she’s anxious about the technology, the method, the process … she wanted to just go ahead and do it. And that reflects in her personal life, as well, that despite the obstacles that she was facing in her own life, she plowed through, and continues to do that. I think that is the defining characteristic of all three of them, and in fact of all of the journalists at Khabar Lahariya, that they have huge personal trials, but professionally, they’re just killing it. 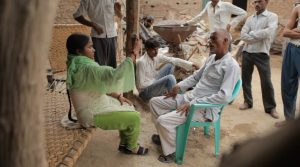 A still from “Writing with Fire”

HtN: They’re very inspiring! There are some tense moments in the film, however, such as when Suneeta is doing her story on mining. Did you ever feel as if the journalists that you were filming, or you yourselves, were in real physical danger?

SG: We knew that we were going, sometimes, into very hostile spaces. For example, the interview we did with Suneeta where she walks into this mine, was actually in a mine that was run by the mafia. And we decided to not go in with the regular gear that we had but just mounted our camera on something small and walked into the mine. I don’t think we ever felt any immediate physical danger, but just to give you context, those parts of Uttar Pradesh in which we were filming report some of the highest cases of violence against journalists and against women, as well as very high numbers for all kinds of violent crimes, including murder, rape, kidnapping. And it was kind of in the middle of nowhere, too, in a very unforgiving landscape, so we were often walking anywhere from 3 to 4 hours a day, with all our equipment, on a regular summer day, which would be around 42º/43º Celsius [107.6º/109.4º Fahrenheit].

So the physical exertion of pulling this shoot off took a toll. But yes, the risk was omnipresent, but I don’t think we ever felt as if we were in any actual physical danger, because we were also with women who were very smart and they knew their way around these spaces and they knew how to work the system. So we did not feel any direct danger but we knew there was a risk and we knew that anything could happen at any time. Because we were also walking into police stations that had terrible human-rights records.

HtN: Well, I want to thank you for taking those risks and for working with these amazing women who take even greater ones. I love the film. 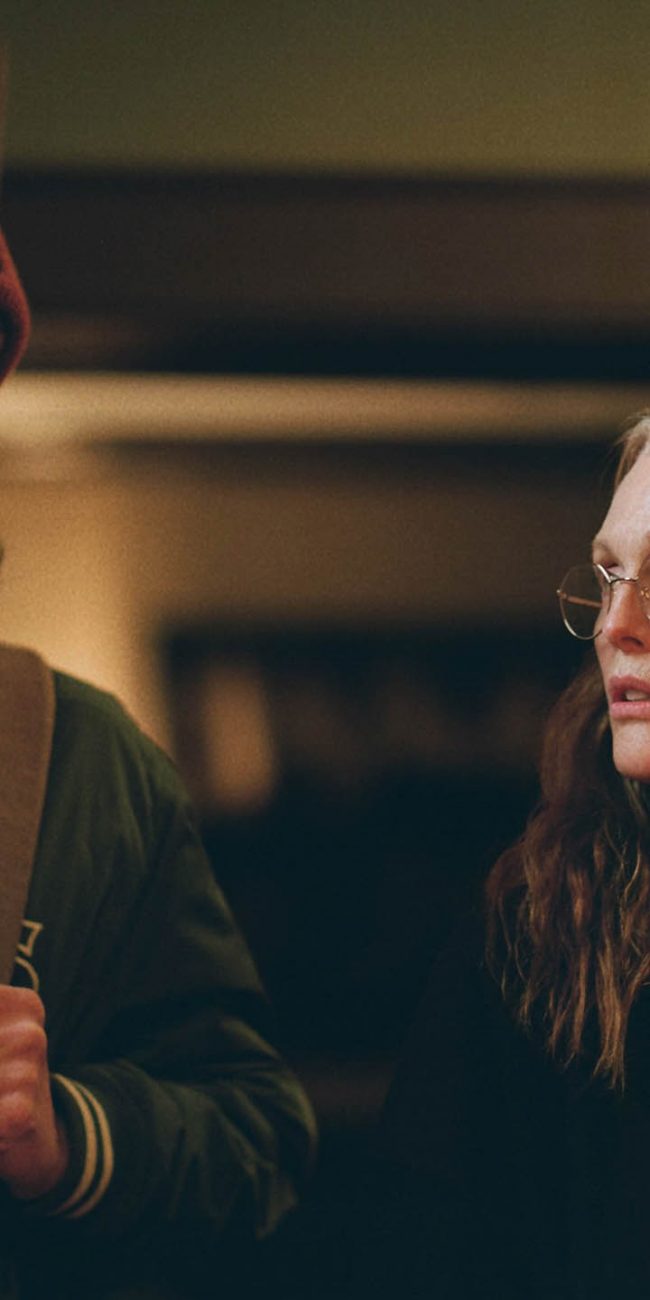