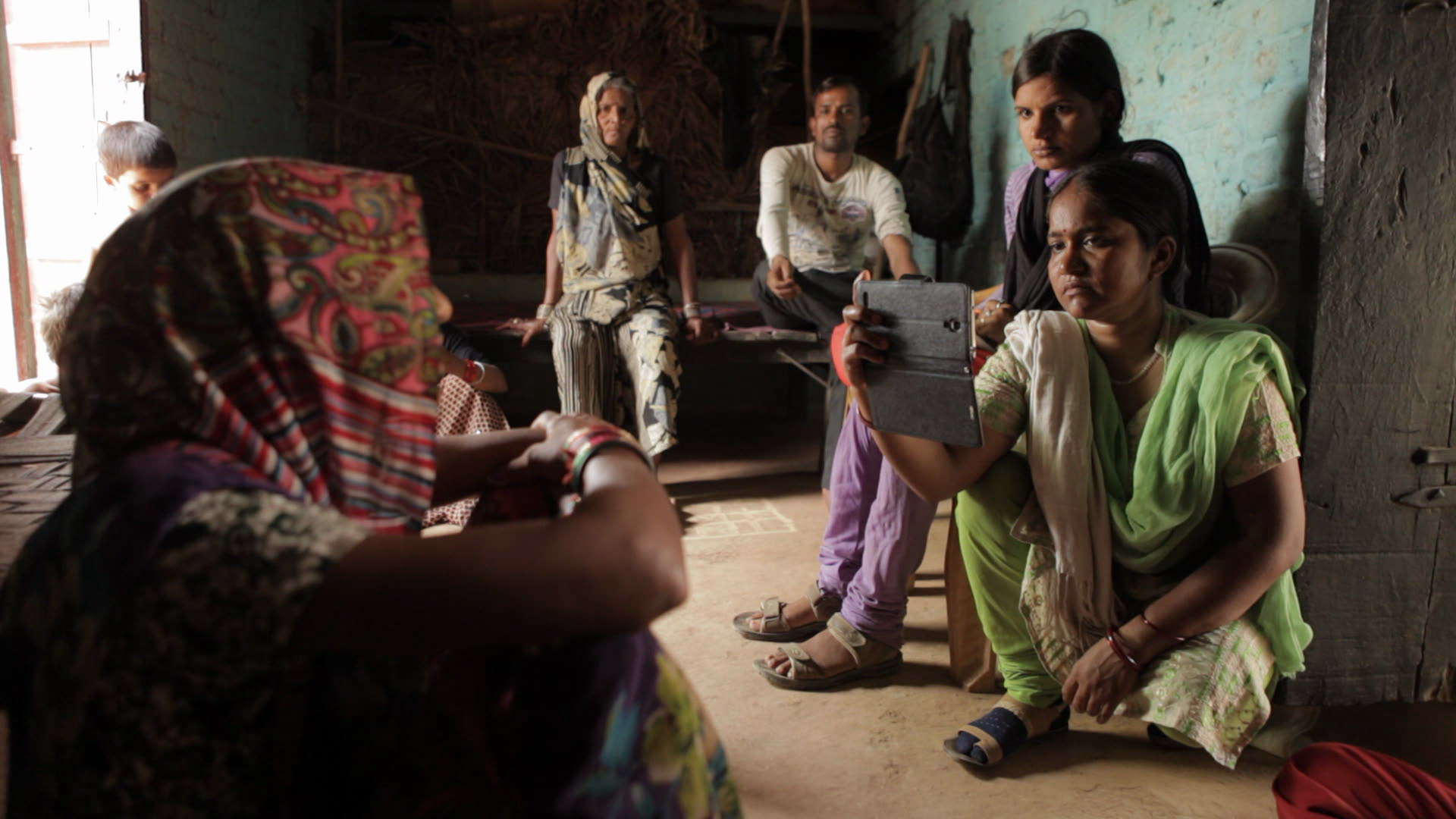 India’s rigid caste system categorizes the population along strict socio-ethnic lines. Established thousands of years ago, it still presents problems today, even though it is technically outlawed. One particular group is deemed so unclean that it exists below the lowest caste, considered “untouchable.” They are the Dalit, and within their midst the women bear the biggest brunt of national scorn. And yet that hasn’t stopped a small collective of Dalit women from organizing and running an increasingly popular newspaper (and now news site, complete with breaking-story videos), Khabar Lahariya, headquartered in the northern state of Uttar Pradesh. No amount of discrimination can keep them down, as they investigate issues of local interest, among them organized crime, political corruption and more. Sheroes all, they make make for compelling protagonists in Writing with Fire, the feature-documentary debut of husband-and-wife duo Sushmit Ghosh and Rintu Thomas. Watch and see how it’s done.

Ghosh and Thomas focus on three subjects, foremost among them Chief Reporter Meera, whose tireless efforts to uncover the facts and nothing but, on top of her duties as wife and mother, are a wonder to behold. She’s a patient leader and teacher, as well, guiding her fellow female journalists towards an understanding of both how to tell stories and how to use technology to do so. Some, like Suneeta, our second main character, grasp the essentials right away, while Shyamkali, the third, initially struggles with the basics of mobile usage. Each will shine in her own unique way, the filmmakers taking their time to showcase individual women’s skillsets. Indeed, among other things, Writing with Fire is a marvelous lesson in pedagogy, celebrating the gentle way Meera is able to ensure, via painstaking explanations and gentle corrections, that her news organization will have many well-trained employees to keep it going.

Which is important, because their popularity grows by leaps and bounds over the course of the film, which starts in 2016, 14 years after the paper’s founding. Beyond their hard-hitting investigations into mafia-run mines, they also prove to be one of the few sites resisting official propaganda as India slowly succumbs to the same right-wing populism sweeping much of the rest of the world (including the United States). What Khabar Lahariya offers, instead, is critical journalism, neither for nor against the ruling party, but for the truth. This leads, predictably, as it now does everywhere, to cries of “fake news.” But there must be a hunger for such strength of purpose, as their YouTube site continues to gain subscribers.

All the while, they remain India’s only paper run entirely by women, an achievement in and of itself. Ghosh and Thomas make sure to offer plenty of personal details about their subjects, as well, following them home and thereby revealing the enormity of the daily challenges they face beyond the professional ones. At one point, the paper sends its reporters on a working retreat to Kashmir (a stunningly beautiful location). Seeing them there, all together, all members of an ostensibly “untouchable” group, now empowered to be the best they can be, is an inspiring image that should give hope to oppressed individuals around the globe. May they all learn to write with the same fire as these smart, capable women have learned to do.