Scary Mother is a quietly riveting film that is richly layered with themes of identity, traditional gender roles, sacrifice, and hypocrisy filtered through the lens of a middle-aged mother of 3. At 26, first-time writer/director Ana Urushadze possesses remarkable insight into the psyche of a woman who spent the majority of her motherhood suppressing her artistic urges. But now that her children are more self-sufficient, Manana (Nato Murvanidze) has taken the opportunity to write her novel. But the writing process has caused her to neglect her “duties” as a stay-at-home mother. Her husband, Anri (Dimitri Tatishvili), is fed up and is desperate to return to the status quo.

Urushadze does an outstanding job of introducing her characters and setting the scene. As the film opens, Manana is checking in with her family after having spent many nights in literary exile. She dutifully clutches a laundry basket as she quietly tiptoes through their crowded tower block apartment in Tbilisi, Georgia. While he dresses for work, Anri reminds Manana how accommodating he has been, sleeping on the couch so she can work in peace. He complains about her unkempt appearance and how long she’s taking to write her book. This interaction informs the audience about Anri’s values and the emotional rift that exists between husband and wife. From what we see of her children, they are detached teenagers who are a bit thrown by the recent inaccessibility of their formerly omnipresent mother.

Though she struggles to find her ending, Manana reluctantly acquiesces to Anri’s requests to share her work-in-progress. Her family is horrified by her prose which reads like Fifty Shades of James Joyce (if he were an unhappy housewife). Enraged, Anri demands that Manana literally burn her book and start over. If she carries on this way, he tells her, she will lose her family forever.

For Manana, her novel has become an obsession. She works all night, and makes notes on her forearm when she’s on the go. She sees stories and characters in the bathroom tile. Without their matriarch, the family has been coming apart at the seams. Manana’s sole champion is her pushy friend Nukri (Ramaz Ioseliani) who owns a stationary shop. He believes Manana is a misunderstood genius and he’s desperate for her to move into his spare room to finish her masterpiece. This puts Nukri and Anri at odds. Manana can only laugh at the 2 men as they argue about what’s best for her. Neither one asks for her input on the matter. Manana has indirect approval from her distant father, who believes the intriguing book he is translating into English was written by a man.

In an interview, Urushadze revealed that she originally conceived her protagonist as a man. “It would have been a husband leaving his family to write a book,” she explained. “Then it [became] more interesting and intense and significant for me to have it be about a woman, and at that point it also became more serious and more about female empowerment.” That’s exactly what makes Scary Mother so special. The world is inundated with stories about men who make personal sacrifices for their art. We are meant to see it as part of the process. But when a mother does the same, it is indulgent and unforgivable.

Manana is consumed by her ideas and compelled to liberate them onto paper. She is a writer. But to the world, she is a mom with a hobby. For women, the birth of a child is the death of their former self. Even moms with day jobs are “working moms”. No one ever says, “Bill is a working dad.” Anri tells Manana he would understand her behavior, “if she were Kafka.” He believes that he means, “if she were a better writer…” But it’s because of her gender that she could never be Kafka. She could have literally written “Metamorphosis,” and Anri would have begged her to stop this nonsense and think of her family. When he gave her permission to write, he probably thought of Stephenie Meyer. But instead of Twilight, Manana delivers a nightmarish tale of loneliness and un-fulfillment. Her subject is a woman who turns into a bat-like night-stalker and thrives on the blood of pregnant women. As a mother whose job it is to give until there’s nothing left, her fantasy is taking without remorse.

Manana is certainly not the first parent to neglect her family for her art. If “having it all” means following your passion whilst providing uncompromising emotional stability for your family, it doesn’t seem possible. History is full of great artists who were neglectful fathers. Furthermore, in order for someone to write about something other than themselves, they have to break out of their insular world. Manana has given her dark side a voice and Anri feels threatened by it. As he tries to reign her in, Manana learns that having guidelines for her expressing herself is more oppressive than never having the opportunity at all. 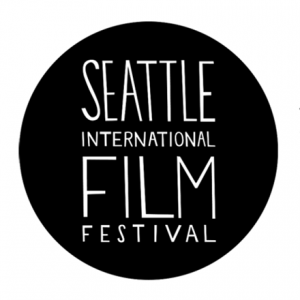