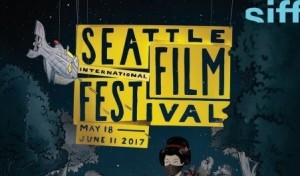 The 2017 Seattle International Film Festival, which runs for 25 days every spring in the Emerald City, is four weeks of wall-to-wall, butt-numbing entertainment. This year’s festival took place May 18th to June 11th and featured 400 films from 80 countries. All told, there were 750 festival screenings and events, including 36 world premieres. That’s a lot of time spent in a dark theater. On the festival’s final day, the SIFF employees who introduced the screenings asked the audience how many of them had seen over 100 SIFF films this year. I was shocked when a couple of people actually raised their hands. Those folks averaged 4 films per day. My itinerary wasn’t quite as impressive, but I did manage to squeeze in 26 films, at an average of 1 per day. Hey, I had to see my kids some time.

Special honored guests included Angelica Houston, who received an award for Outstanding Achievement in Acting; and the buttery-voiced cowboy Sam Elliott, who spent an afternoon reminiscing about his career and taking questions from an enthusiastic audience.

There were a lot of great films this year. Here is my top 10: 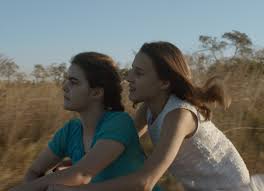 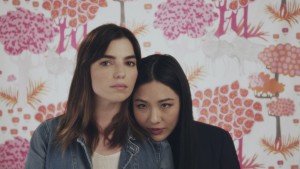 Here are some of the best SIFF films that have already been picked up and will soon be coming to VOD or a theater near you:

Crown Heights – Written and directed by Matt Ruskin, Crown Heights is based on a true story about the political climate of the Reagan-era rigged the justice system to keep an innocence man (LaKeith Stanfield, Get Out) in jail after a racially motivated case of mistaken identity. The moral of the story, which is still absolutely relevant, is that, “The system doesn’t work for people who can afford a defense.” Nnamdi Asomugha plays the lawyer who works tirelessly to free Colin Warner – even after Warner himself has given up. He tells Warner that it’s his calling because the case is bigger than just one man. If bogus “eyewitness testimony” could put an innocent black man away for life, that it could just as easily happen to any person of color. Coming August 25th, 2017.

Whose Streets? – Co-directors Sabaah Folayan and Damon Davis tell the real story of the Ferguson protests from the front lines, with personal footage plus a collection of phone videos from other witnesses. When unarmed teen Mike Brown was killed by police and left in the street, it was the last straw for the citizens of the St. Louis neighborhood. After a lifetime of racial and economic oppression, they had to do something. It was a matter of survival. If national news had shown the real Ferguson, perhaps Brown’s murderer would have faced real consequences. However, as the film effectively shows, the system is so steadfastly rigged against people of color, that the only fix is a revolution. Infuriating, horrifying, and ultimately a call to action, this film is a must-see for literally everyone. Coming August 11th, 2017.

The Trip to Spain – Michael Winterbottom is back with the third installment of his “Trip” series, starring British comedians Steve Coogan and Rob Bryden who play satirical versions of their real life counterparts. You can expect plenty of hilarious off-the-cuff banter, Michael Caine impressions, and ABBA singalongs from these competitive frenemies. This time around, Coogan is writing a memoir about his youthful escapades across Spain, with plans to bond with his twenty-one-year-old son. Meanwhile, Rob is doing more restaurant reviews and coming to terms with being an old father to two young children. It’s “two middle aged men looking for adventure” with a little Don Quixote theme thrown in for good measure. It’s the weakest of the trilogy, but still very entertaining. If you historically find these chaps entertaining, this film will be no exception. Coming August 11th, 2017. 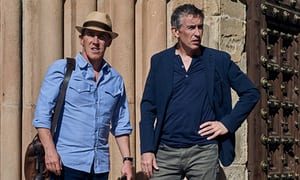 Better Watch Out – Accurately billed as Home Alone meets Funny Games, Chris Peckover’s debut is more cynical than the former, but ultimately more gratifying than Haneke’s nihilist screed. Led by a trio of gifted Aussie actors sporting American accents, it has a series of game-changing twists that you’ll want to avoid spoiling if you can help it. A pragmatic but wholesome babysitter (Olivia DeJonge) must protect herself and a pair of 12-year-old boys (Levi Miller and Ed Oxenbould) from home invaders at Christmas time. There are a number of clever set-ups and pay-offs, and loads of psychologically squirm-inducing moments, that make the gory parts feel like a welcome respite. Even after the reveals, the action remains tense right up until the closing credits. A must-see for horror fans, but it’s best enjoyed spoiler-free. Coming October 6th, 2017.

Dean – Demetri Martin helms a loosely autobiographical tale of a father and son with incongruous methods for grieving the recent loss of the family matriarch. Dean (Martin) is a professional illustrator who escapes to L.A. to avoid facing his father (Kevin Kline), who wants to sell the family home and make a fresh start. There, Dean meets an actress (an always endearingly broken Gillian Jacobs) on whom he unwittingly foists his entire coping strategy. Mary Steenburgen is delightful as the real estate agent helping facilitate the sale of the home, and she has excellent chemistry as a love interest for Kline. Martin incorporates his original drawings into the storytelling to illustrate his character’s emotional journey. As played by a forty-something Martin, Dean seems a little too old to be so selfish and mentally stunted. But if you assume he’s portraying someone a decade or two younger, it makes his aimlessness sympathetic.

Have a Nice Day – Mike Judge meets Quentin Tarantino in Jian Liu’s (Piercing I) second animated feature. The plot follows multiple characters as they interact with a bag of stolen money. Jian has room for growth as a director, possesses a large amount of raw talent with a fun throwback animation style. The artwork is simple, utilizing a series of still backgrounds, with one or two moving cells in each shot. But it’s also beautiful in its simplicity, particularly during establishing shots and meditative interludes, like when a Gila monster crosses a railroad track. The human characters have a rough, Beavis and Butthead quality to them, in the best possible way. The music is a nice mix of traditional score and modern Chinese pop.

The winners of the Golden Space Needle Awards were determined by audience vote:

BEST FILM – At the End of the Tunnel, directed by Rodrigo Grande (Spain/Argentina 2016)

BEST DIRECTOR – Rodrigo Grande, At the End of the Tunnel (Spain/Argentina 2016)

Now I’m off to get some much-need sun. See ya next year!