It was bound to happen eventually, yet here we are only three months into our Short Film Contest, and the moment has already arrived. Though April’s winner separated itself from the rest of the pack with a measure of distance, we had our first official deadlock in the runner-up category. Yet rather than playing the nasty game of re-voting to choose between the two, we have decided to reward them both with a runner-up prize. Which means that we get to congratulate three films this month!

Our April judges were Lena Dunham (former HTN contributor whose new HBO show Girls has just premiered to resoundingly positive reviews), Jeff Deutchman (Director of Acquisitions for IFC Entertainment), and Kelly Sears (winner of our first contest with her awesome short Once It Started It Could Not Happen Otherwise). Each judge passed a high-stakes lie detector test, assuring us that their judging goggles were worn with the utmost pride and sincerity. We thank them for their time, as we know they are very busy people.

While we don’t have concrete proof of this, last month’s winner Christina Choe has assured us that we did indeed have something to do with the following crazy cool news: After her film was selected as our March winner and was made available for public viewing, I Am John Wayne became a Vimeo Staff Pick, which got her film 40,000 views in just a few days. Yowza! We hope this trend will continue, and, considering the excellence of this month’s winner, we trust that the same good fortune will befall it.

Please remember that submissions are now open for our May contest, which will be judged by: filmmaker Alex Ross Perry (whose HTN-highly-approved The Color Wheel opens theatrically on May 18th), Chris Horton (the Sundance Institute’s #ArtistServices), and none other than Christina Choe herself. Go here to enter. And please do. The more submissions we receive, the more fun we have. Based on the first few months of our contest, it’s quite clear that there is a boundless amount of excellent short work just waiting to be discovered. So help us to discover it!

And now, without further ado… 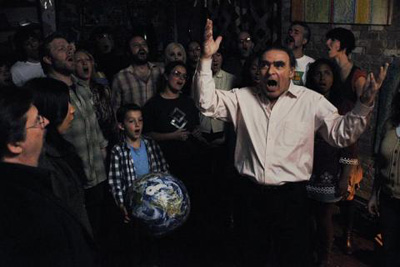 If you aren’t familiar with singer/songwriter Brute Force, then Ben Steinbauer’s film will pack a double-revelation. Back in the 1960s, Brute Force unleashed “The King of Fuh” unto the world, a catchy song that gleefully—and controversially—toyed with language (it’s about a character named the “Fuh King”—say those two words together quickly; get it?). Amused and impressed by his unique blend of humor and melody, John Lennon and George Harrison signed Brute Force to their Apple Records, but his irreverence proved to be too challenging for the record industry’s powers-that-be. Decades later, Brute Force works a seemingly soul-sucking office job in New York City [*See Comment Below!*], yet his passion for music has never died. Together with his daughter Lilah Friedland—aka, Daughter of Force—he continues to pursue his passion. In the tradition of Steinbauer’s previous feature Winnebago Man, BRUTE FORCE starts funny before exposing its warm heart. Visit the film’s official Facebook page to learn more. [***WATCH A CLIP OF THE FILM FOR FREE RIGHT NOW***] 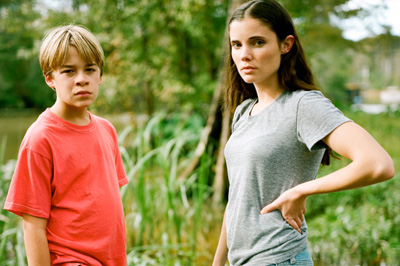 Jeremy Craig delivers an assured cinematic short story with this atmospheric tale of two siblings and a stranger who canoe their way into a Louisiana swamp hoping to see the elusive ivory-billed woodpecker with their very own eyes. When she emailed us her picks, judge Lena Dunham provided this comically accurate reaction to the film: “it reminds me of Badlands and i just want that girl’s face” (that would be lead actress Jessica Heap). Terrebonne has been on the festival circuit for quite some time already—visit the film’s official website to learn more—so it’s no surprise that it has risen to the near-tippy-top of our pile as well. Shot on Super-16mm and confidently directed by Craig, it’s a fine example of regional filmmaking that carries itself with an air of timeless authority. [***WATCH THE TRAILER RIGHT NOW***] 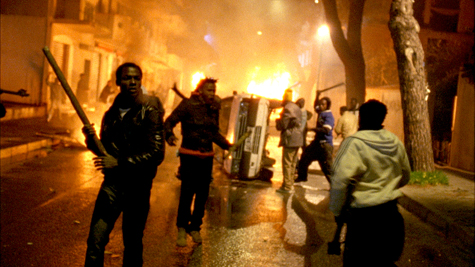 Here’s what Ms. Dunham had to say about Jonas Carpignano’s powerful short film, which has the gravity and gusto of a Cannes-award-winning feature:

“handheld but appropriately so. it captures male friendship so perfectly – the repetition of a command, the pride, the concern for the other but the practicality of survival.”

She’s right. Not content to rest on the achievement of his staggeringly real riot footage that recalls classic docudramas like The Battle of Algiers and Bloody Sunday, Carpignano quickly downshifts gears and winds up delivering a thoughtful character drama. A Chjàna (official website) is based on actual events that occurred in Rosarno, Italy, in 2010. The story picks up after two African immigrants have been shot by Mafia-connected Italians and an uprising is already in motion. Two friends are forced to split up, with the plan to connect the next morning at the train station in order to escape to the town of Foggia. But in this tense environment, that’s easier said than done. Read my full HTN review, and hopefully you’ll get the chance to see it for yourself in the very near future (it will be included on the Wholphin 16 DVD, which releases in July). For now, here’s the trailer:

Please help us to spread the word about these great short films, and don’t forget to submit your own work to our contest. We’ll be back again next month with more tasty treats to read about and (hopefully) watch.