We’re not sure if it was Mike “Sundance/Cinemad” Plante or Benh “Beasts of the Southern Wild” Zeitlin being our judges for our July 2012 contest (of course, we can’t forget about May contest winner Levi Abrino, who rounded things out!), but whatever the case, we sure had a hearty batch of submissions this month. Which is always a good and bad thing—good, because it means we’re guaranteed to have top-notch finalists; and bad, because only two films are able to be recognized. But that’s just how these contest thingies go, don’tcha know.

Last month, in reaction to the rising awareness that most of our winners had been produced while in film school, we held a contest exclusively for student filmmakers. This month, however, we wanted to open up the floor once again to everybody. But who in the world could have ever expected that this month’s winning short would have been made as… a wedding present? Once again, it just goes to show you that when it comes to filmmaking, there really are no rules. Or, to spin that thought even further, it’s usually when the traditional rules are broken that we here at HTN—as well as our rotating cast of judges—get most excited about something. We’ll see if this holds true for next month’s contest—SUBMIT HERE—whose judges include: Wholphin‘s Brent Hoff, filmmaker Ry-Russo Young (Nobody Walks, You Won’t Miss Me), and our first Student Filmmaker Challenge winner Gus Péwé (This Vacuum Is Too Loud). But enough about next month. Let’s talk about this month! 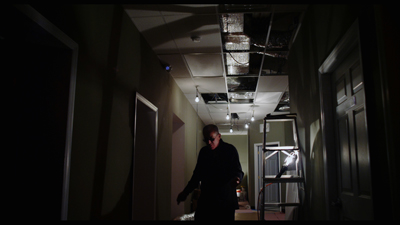 Alexander Kaluzhsky’s drama couldn’t be further away from Azazel Jacobs’ Momma’s Man in a stylistic sense, but it nonetheless shares that film’s spirit with its creatively autobiographical filmmaking vision. Not only does Kaluzhsky incorporate archival video footage of his father living in the Ukraine into Arkadya, but he casts him in the role of an aging businessman living in present day Brooklyn, who is coming to terms with the uncompromising and unforgiving passage of time. Arrestingly photographed by Noah Greenberg, Arkadya plays like a slow-burn thriller, yet the real drama here is all internal. Kaluzhsky boldly includes his off-camera voice on the soundtrack at two crucial and unexpected moments in the film, in order to remind us that, yes, this is a movie, but it’s also real life. 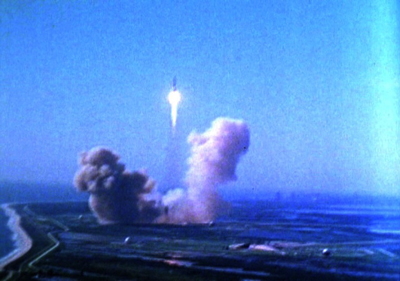 The personal essay film is one of those “please, everybody, do not try this at home” genres, but when you toss the word “experimental” into the mix… capital RUH, capital ROH. From the very beginning of Penny Lane’s The Voyagers, it’s evident that this film is different; it’s so much more than some heady exercise in stylistic precocity. Even without the knowledge that Lane made The Voyagers as a gift to be shared with her husband on their wedding day, something about it feels more soulful than your ordinary movie. Though, of course, once you understand that The Voyagers wasn’t made as a class assignment, or with the intention of getting into a film festival, or perhaps that it wasn’t ever even intended to be screened for more than a few loved ones, it begins to make sense. With this wedding present of a film, Lane takes a risky concept and turns it into something deeply personal and cosmically transfixing. Read the full HTN review.