(In connection with the Film Society of Lincoln Center’s ongoing “Indie Night” screening series, which is being guest programmed this year by producer Christine Vachon, we have asked the director of each month’s selection to answer twelve quick questions, the only rule being that they shouldn’t take longer than twelve seconds to answer each question!)

The November ’13 installment gives audiences the chance to catch up with first-time feature director Matt Creed’s Lily (Wednesday, November 13th at 7pm at the Howard Gilman Theater, to be exact). Creed and co-writer/star Amy Grantham will be in attendance for a post-film Q&A moderated by Amos Poe, so be there if you can. 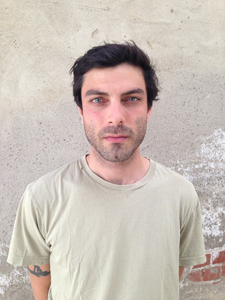 I think it probably would have been Kids from a storytelling point of view.

Letters To A Young Poet by Rilke. Is that a work of criticism? He does a little bit of that. Truthfully, I don’t read too much criticism. There is way too much of it these days.

A lot more risk, and less of these little indies trying to be mini Hollywood films. More character and story driven films.

Probably a tie between This is Spinal Tap and Fubar.

I watched that film Hardball on a plane, where Keanu Reeves plays a little league coach. I was balling at the end. I had to hide my face from the guy next to me.

I have never really responded to Breathless. Is that considered a masterpiece? I’ve tried a few times and I just can’t fully get into it.

Fanny and Alexander. But I think I was not in the right place emotionally to watch the film and I watched it years later and I think it’s a masterpiece.

You Can’t Win by Jack Black but I think someone is already doing that one. So maybe In Watermelon Sugar. That would be a fun one and very challenging given that every day the sun shines a different color.

I have no clue! I don’t believe in remakes, so I would say none. We need less of those today as well.

I’m not very good at editing and I don’t like doing it really. But if I had to stare at a screen all semester and watch a film over a dozen times it would probably be Badlands. Not too much dialogue and it’s nice to watch.

My friend turned me onto Spirit of the Beehive not long ago. I would love to see that on a 35mm on the big screen.