Disturbing New-to-Home-Video Double-Bill of the Week 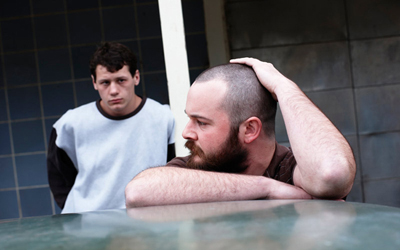 The Snowtown Murders (MPI Home Video) — If you’re in the mood for some light, fluffy fare, don’t go anywhere near Justin Kurzel’s The Snowtown Murders (original title: Snowtown). Which isn’t to say that you shouldn’t see it. It’s just that Kurzel’s recounting of the horrific serial killings that plagued South Australia, Australia, in the 1990s casts a pall of bleakness that might very well make you sick to your stomach. Kurzel and screenwriter Shaun Grant find their window into this somber world through the eyes of teenager Jamie Vlassakis (newcomer Lucas Pittaway), a sexually abused teenager who falls under the charming spell of his mother’s new boyfriend, the sadistic and cunning John Bunting (Daniel Henshall). Read Tom Hall’s HTN Conversation With Justin Kurzel. Available on DVD

Kill List (MPI Home Video) —  Ben Wheatley’s genre-sodomizing follow-up to Down Terrace must be seen to be comprehended (and even then, after one viewing, good luck!). Suffice to say, whatever you are expecting, it will deliver much differently than that. It’s impossible to ruin the surprise by describing this thing, but I’m still kind of afraid to try. Let’s just put it this way: Kill List is an undeniably bold, original work, and it is very much recommended. Having said that, you have been warned! Available on DVD