Hey everybody, Kill List is now available on DVD. To celebrate the long-awaited home video release of Ben Wheatley’s genre-sodomizing extravaganza, we have partnered with the generous folks at IFC Films to provide some creative, clever, lucky HTN fan with a sweet limited edish Mondo Poster of the film! All you have to do is… WIN OUR FIRST-EVER HAIKU CONTEST. 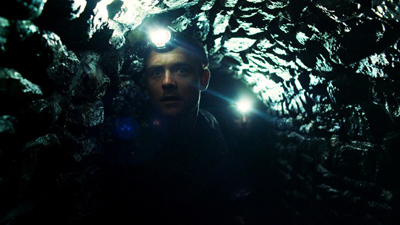 That’s right. We figured that since this movie is pretty impossible to summarize with an unlimited word count at one’s disposal, it would be more fun to head in the other direction and set ridiculous linguistic limitations.

For those of you who don’t remember, a haiku consists of three lines—first line, 5 syllables; second line, 7 syllables; third line, 5 syllables (rhyme at own risk). To preserve some semblance of dignity, I will force myself to bang out a stream-of-consciousness one here to provide you with an example…

There, it’s that easy. All self-deprecation aside, we trust that you will come up with more clever entries than the one above.

Winner Will Be Announced By Mid-Next Week

Good luck, everybody, and please spread the word!