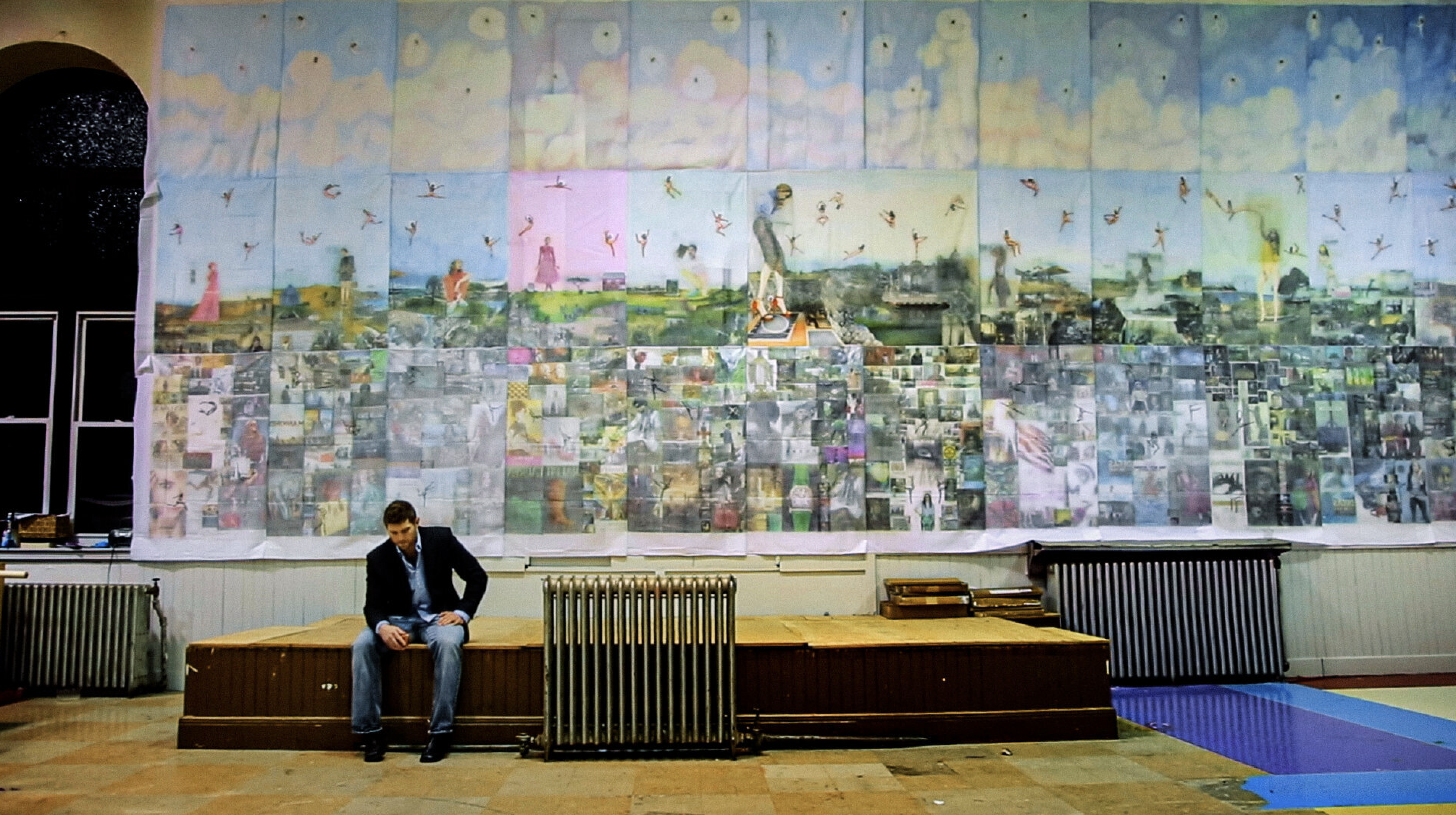 The life and work of mixed media artist Jesse Krimes are highlighted in Alysa Nahmias’ documentary, Art & Krimes by Krimes. With the use of both verité filmmaking and animated sequences, the film follows the life of Krimes from his complicated upbringing, to his conviction for possession, to his discovery of his craft behind bars, and to his art being exhibited nationwide. It has its world premiere at last year’s DOC NYC where it received a positive reception. MTV Documentary Films picked up the rights around the same time, and has set it to open in theaters in NY & LA on September 30.

While locked up for six years in federal prison, artist Jesse Krimes secretly creates monumental works of art—including an astonishing 40-foot mural made with prison bed sheets, hair gel, and newspaper. He smuggles out each panel piece-by-piece with the help of fellow artists, only seeing the mural in totality upon coming home. As Jesse’s work captures the art world’s attention, he struggles to adjust to life outside, living with the threat that any misstep will trigger a life sentence.

In this review from DOC NYC, HtN wrote, “A journey of redemption and artistic self-discovery, Alysa Nahmias’ documentary Krimes explores the life of a formerly convicted artist, and also acts as an indictment of our justice system… Both Nahmias and Krimes take the time to divert from his life, and shine a light on the flaws and biases of the justice system… Nahmias uses Jesse Krimes’ life to raise the question of what makes a person worthy in our society. Through experiencing the lives of these formerly incarcerated artists, it’s clear that everyone has a story to tell, and sometimes it takes a sense of purpose to be able to tell it. The result of this storytelling is a satisfying, heartening tale of redemption that is full of empathy for every person involved…”

Watch the trailer below for Art & Krimes by Krimes.