Annie’s the new girl at school. We all know how that goes. Like having a target in the middle of your forehead; bring it on, bullies. A sympathetic mom, eager be to your best friend, somehow doesn’t make it any better. But then there’s Jules: the wonder of her takes your breath away. 1 + 1 = way more than just two.

John Carchietta (writer/producer, The Hills Run Red), in his feature directorial debut, gives us the heady mix of hormones and heedlessness that is one hallmark of high school, and then, just when we think we’re watching a standard romantic teenage drama (albeit with a lesbian twist), turns it on its head. Annie and Jules – played with equal parts charm and panache by Nichole Bloom (Man Up) and Fabianne Therese (Frank and Cindy), respectively – think they’ve figured out how to navigate the pitfalls of adolescence, but as they make increasingly crazy plans, we realize how out of their depth they really are. Jules is the reverse of Annie, with absent (and, therefore, indulgent) parents to Annie’s loving (and over-attentive) ones. Yet they meet in the middle of their mutual attraction and let very loose. 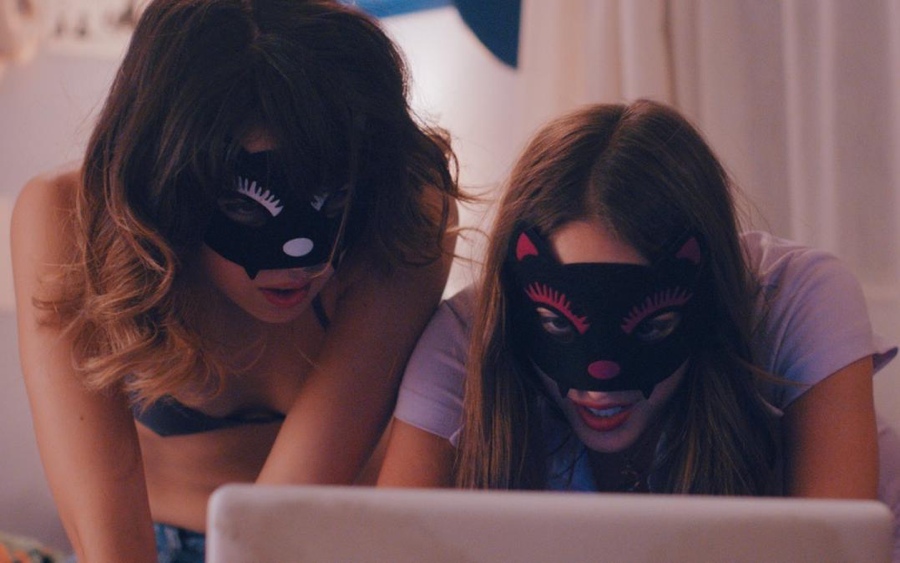 Beautifully photographed and mostly expertly acted (in spite of the occasional expositional dialogue), Teenage Cocktail is like a Heathers for our sexting, Tinder era, exploring the pitfalls of what can happen when sexuality, emotional need and violence come crashing together. One friend may lead the other astray, but that other was ripe for the leading. The film is at its best when it explains the least, allowing Carchietta’s penchant for holding on his actresses’ expressive faces to bear dramatic fruit. It’s only when he insists on having the adults in the room tell the girls what they’re feeling – or how they should feel – that the film falters. Then again, maybe that’s his point: in a world where the grown-ups fail whether they try or not, perhaps the only way forward, if you’re Annie and Jules, is to jump head-first into the abyss. Whatever your feelings about those actions, you’ll have to agree that Carchietta and his actors are all talents to watch.