Just a quick refresher course, since it’s hard to believe, but it’s actually been some six-plus years since the sky fell and the bottom dropped out of the Indie Bubble. In the fall of 2008, the US financial markets suffered a collapse due to the flagrant illegal debt manipulations at the big banks in collusion with the government’s so-called ‘regulatory agencies.’ Prior to the fall of 2008, Indie Film was cruising along at top speeds despite the fact that market returns were every year constantly proving that the over-crowded staffs at the mini-majors and the bloated prices paid for bad uninspired wannabe Juno shit did not make for a healthy industry. When the financial crash happened, the confidence in all industries dropped and suddenly we had massive lay-offs at the mini-majors; at Sundance 2009-2010, when in prior years assistants to Hollywood assistants to junior executives had badges, now we saw a ghost town. It was great. Yes, the purchase prices for films dropped and in some ways completely evaporated, but in the following two years we saw a rise in inspired low-budget filmmaking due to the fact that the crash of the market left the doors open for true inspiration. Add to that the departure of former festival director, the handmaiden to Hollywood, Geoff Gilmore, and 2011 became a watershed year with an amazing collection of inspired low-budget personal cinema running throughout multiple sections: Midnight, Spotlight, NEXT, New Frontier, even the U.S. Dramatic Competition section was jammed with some great cinema. But still, the purchase prices were low, and while they rose some since the bottom in 2009, we were still pretty deep in the weeds on a financial/market perspective as recently as 2012.

Flash forward to a few weeks ago, and I think we can say we are experiencing a complete correction on both aesthetic and financial fronts. We’ll probably never see a Sundance as great as 2011 again, but this year started to give me some hope for the future. Finally, it seems that the Little Miss Sunshine wee-twee dragon is dead. There were less sassy TV-sitcom features than ever and there seemed to be a lot of really inspired, adult driven cinema getting bought for decent prices. The very well directed, staged and lit drama The Witch sold for over a million, which I found to be very inspiring since it’s actually a great film that is made for adults. There remained a preponderance of films that compromised themselves by trying too hard in the third act to be loved and hugged—I call this third act collapse ‘tarting up for the market’—but there were still plenty of titles that were driven by inspiration as opposed to market conjecture. At the time of writing this, 35 films were bought, some for the highest prices we’ve seen since 2008. So, yes, I have some real reasons now to be positive and hopeful for the market future of true Indie Cinema.

I saw 26 films this year, which is actually a lower number for me than previous fests. It was harder for us to see films this year because the press and industry screenings have been reduced and the amount of foreign films programmed has increased. Consequently, getting to see the more quiet American titles was harder than ever. Add to this problem the fact that filmmakers are not leaving DVD screeners of their films with the press office and the result is that critics and other festival programmers got to see less films this year than ever before. HEADS UP FILMMAKERS: Do not listen to the advice of your publicist and sales agent. After your first screening, run to the press office and give them a DVD screener of your film. Believe me, if you want to get a review and you want other festival programmers to see your film, you need to leave a DVD with the press office. The screener library for press is standard for festivals like Rotterdam, which has over 25 screening booths filled with critics 12 hours a day. Get real and please get your DVD to the press office, at the very least by mid-festival.

Here are a few of my favorites, but be sure to also read my longer separate reviews of Advantageous and H. if you haven’t already. 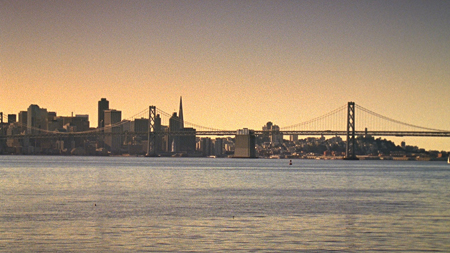 The Royal Road (Jenni Olson, 65m, USA, New Frontier)— It’s actually rare to see true ‘experimental’ feature cinema programmed in the New Frontier Films section, which should look more like Toronto’s Wavelengths section but rarely does. Every few years, a true visionary film like Sharon Lockhart’s Lunch Break or a James Benning film is programmed, but usually to the groans of the elder local audience who didn’t know to avoid it in the first place. Jenni Olson’s The Royal Road is a meditation on several topics, including San Francisco exteriors that were used in Hitchcock’s Vertigo, or those locales that evoke a sense of nostalgia or are connected to the Mexican American past. A series of still wide landscapes, shot on 16mm film, are linked by Olson’s voice-over as she narrates her journey through these issues, including obsession with a girl who can’t seem to pay her any mind. The film works like a slow whispered prayer; it’s evenly paced, meditative, and ultimately mysterious. The beautiful light of San Francisco becomes a major character in the film, one that stuck with me through many of the cold, overcast days in Park City. 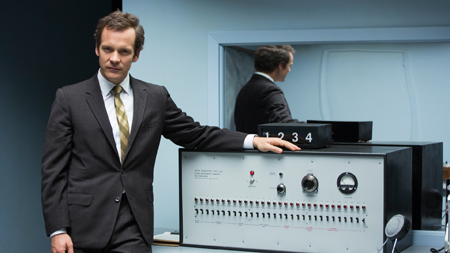 Experimenter (Michael Almereyda, 98m, USA, Premieres) — A rich tapestry of self-conscious narrative techniques infuses the story of Stanley Milgram with a power and depth that raises it above a standard bio-pic. Milgram, played by Peter Sarsgaard, was known for his most famous experiment in which subjects were told to keep increasing the electric shock charge to victims despite the victims’ complaints of pain and discomfort. Driven by the experiences of his family in Europe during WWII, Milgram wanted to understand how intelligent, good, ordinary people become compliant to authority. Michael Almereyda’s film weaves direct address narration by Milgram, deliberately fake rear projection, and flat compositions and lighting that evoke cheap science instructional industrial films as a means to help us question the man and his motivations. The expressive use of self-reflexive storytelling techniques allows us to get under the subject’s skin in a way that deepens our understanding of the themes that drove Milgram’s life work. Another entry, Stanford Prison Experiment, won the Waldo Salt Screenwriting Award, which is utterly bizarre since it is merely a rote recreation of the actual event. It was Almeredya’s script that should have won the award for its aggressive ability to get under the plot and subject to bring us fresh insights on these themes of group conformity and compliance to authority. 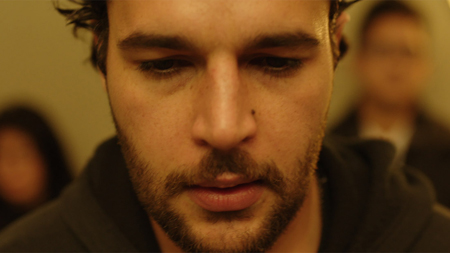 James White (Josh Mond, 86m, USA NEXT) — The latest from the Borderline Films boys, who brought us Afterschool and Simon Killer and Martha, Marcy, May, Marlene, is another naturalistic romp through grief, addiction, and family dysfunction. Chris Abbott plays James, an Upper West Side rich mama’s boy who has ‘issues.’ Played with balls-to-the-wall conviction by Abbott as we follow his character through his late night bar hopping shenanigans, James carries the psychic burden of a recently deceased father and a mother with stage three cancer around with him like a crucifix. The film is most compelling when in its second half it settles down to track the slow death by cancer of James’ mother (played with stoic uncompromising fury by Cynthia Nixon). Her protracted death is gut wrenching and amazingly scripted and directed. James is sleeping on the couch and is by her side as she slips from pain induced hallucinations to flashes of brutally honest insight. Being up close with a character who is dying, so that we are able to watch that person face his or her own death, is one of cinema’s singular qualities. No other medium can give us such access to an event that will inevitably happen to all of us. As realized by Mond, the experience of watching James’ mother’s decline is traumatic but, in the end, strangely cathartic. 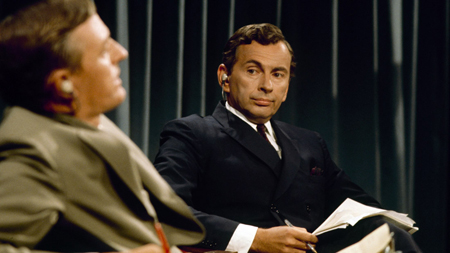 Best of Enemies (Morgan Neville and Robert Gordon, 88m, USA, U.S. Documentary Competition) — As brutal the experience of watching James White was, Best of Enemies was a laugh-fest. This serious look at the 1968 debates between two intellectual pundits—conservative William Buckley and flaming liberal Gore Vidal—had me laughing out loud. Buckley was someone I grew up hating. I used to fantasize about punching him in his upturned pug nose while I was forced to watch his show Firing Line on PBS with my parents. That kind of energy is exactly what bursts forth during the debates when Vidal manages to get under Buckley’s skin and what bursts forth is a nasty truth so ugly that it haunted both men for the rest of their lives. The film is masterfully directed and there is so much amazing period footage contained within. It is an utter joy to behold.