(This is the second half of my long-winded wrap-up of Indie Memphis, 2015. Part one can be found here.) 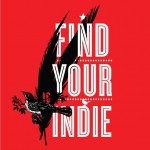 After the fun and enlightening The Missing Girl I hit up the hospitality tent before getting my soul crushed with the much buzzed about Krisha. I always like to make a note of how festivals handle hospitality because let’s face it, small indie filmmakers are almost as poor as indie film journalists so free food and drinks are a huge, huge plus that make attending festivals much more doable on the pocket book. Throughout Indie Memphis the hospitality tent was well stocked with great food (sandwiches, salads both green and paste and all kinds of goodies) as well as beer, vodka and coffee. It’s just really nice to be taken care of in this way since many travelled so far on very tight budgets. Well done Indie Memphis.

Luckily I didn’t imbibe any alcohol prior to Krisha because after that film, I definitely needed a drink. Or, I needed to never drink again to avoid ever resembling the lead character in the film. I won’t say much more because this thing is already way too long, the film is coming out and others have said it all better than me. Krisha is must see filmmaking.

After Krisha we all tried to shake off the intensity and get ready for the awards show that night. I was on the jury for Hometowner shorts and features and although deciding on winners was difficult, myself and co-juror Justin Doherty managed and after a few wonderful beers from fest sponsor Ghost River, the awards ceremony got underway.

I’m not going to lie here: awards ceremonies can be difficult. You have a lot of excited, anxious filmmakers, exhausted people and then the public who are kind of lost as to what’s going on. Plus, they frequently run long. It’s just a weird vibe. But this year’s Indie Memphis Awards Ceremony topped out at maybe just over an hour and was a lot of fun! There were these great, awkward dancers and the emcee was the stadium announcer for the beloved Memphis Grizzlies, Rick Trotter. That meant myself and every other juror got announced to present their awards as if they were an NBA player. It was pretty much the greatest moment of my life. The evening rounded out with the always excellent filmmaker party at a local couples house and I’m not sure I’m supposed to mention them by name so, I won’t. 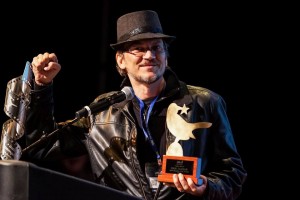 The real highlight of the night came when the festival awarded the aforementioned Erik Jambor a newly founded “Vision Award” for what he did to really put Indie Memphis on the map. While there’s been all sorts of scuttlebutt as to what lead to Jambor’s departure it’s frankly no one’s business but Jambor and the fest. But, I’ve seen many, many awkward partings of the ways at festivals over the years and the fact Indie Memphis feted Jambor – who richly deserves recognition – speaks to the class of the fest as a whole. Erik will land on his feet and it was very, very cool of the festival to honor the man for all he did.

The next day was another solid day of programming and I did a really fun and (I thought) insightful panel on “D.I.Y. Filmmaking” featuring writer/director/No Budge curator Kentucker Audley and Chris Strompolo, one of the then-kids who remade The Raiders of the Lost Ark shot-for-shot as a kid using a Betamax camera. He’s gone on to really make that remake into a calling card and Kentucker is quickly becoming the go-to guy for offbeat indie film roles. The panel was pretty chock full of info and I hope it inspired the people in attendance to just try and tell their stories without getting lost in the haze of “can I?” “Should I?” “What camera?” and all the other self-doubt we all face.

That panel wrapped-up and I continued my Kentucker Audley day with Alison Bagnal’s outstanding Funny Bunny which was completely weird and totally engrossing. While I now consider myself friends with Kentucker and have known co-star Joslyn Jensen for some time I don’t really feel a conflict of interest saying both are fantastic in the film. Not only because, well, it’s undeniable, but also because the performance by Olly Alexander is so weird and so wonderful it almost elevates the whole film beyond simple performances and glues the entire little story of broken people back together again. The film starts rolling out to the masses and is not to be missed! Magical, weird and heartbreaking. 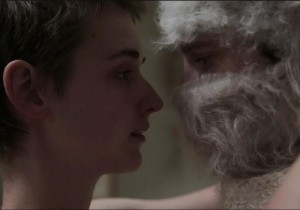 After Funny Bunny I decided to part ways with Kentucker for the day as the outstanding Christmas Again was playing and I’ve already seen it. Plus, Charlie Kaufman and Duke Johnson’s highly regarded stop-motion animated film Anomalisa was playing and to say I’ve been excited for it would be an understatement. Sadly, I can’t say much here as my review will appear elsewhere but (get your boos, hisses and rotten tomatoes ready) I wasn’t all that impressed. While I would like to, at some point, write a piece on how difficult films that are heady, deep and out of the norm impress many people because they like and respect the filmmaker, don’t “get” the film, are unable to parse it and at the risk of sounding “dumb” just award it a medal when really, the film isn’t that great. CoughThe MasterCough. And while Anomalisa is more than definitely worth your time because it’s an adult animated movie made in the U.S., has some wonderful comedic moments and is the latest by the iconic master of anxiety ridden malaise Charlie Kaufman, I felt like there should have been more. I’ll leave it at that.

Alas as is the norm these days I started getting a cold by Sunday. Probably a combination of cold weather, crowded parties and screenings and malnutrition. Frankly it was kind of nice to just hang with friends that day and see great movies then call it an early night. I did just that and got home late Monday night feeling tired but thrilled and inspired by the films and events I saw and the people I met.

As for Indie Memphis, I feel the fest was a big success. The minimal screenings the first and last few days was odd but now that I’ve seen it in action, I think it’s a good move. It gives time to come to town and get your bearings before the insanity starts and a city like Memphis is just a great city to explore. I’m excited for the future of Indie Memphis and feel that the team there (specifically Ryan Watt, Joseph Carr and the always awesome Brighid Wheeler) really went out of their way to make sure this festival was a great one. They succeeded through excellent programming, fantastic and receptive contact and good old fashioned Southern hospitality.