BAD DAY FOR THE CUT

(The 2017 Sundance Film Festival kicked off on January 19 and ran through January 29. The HtN staff had boots on the ground and a crew working hard to review screeners hard  like this, Chris Baugh’s engaging Northern Irish thriller, Bad Day for the Cut .)

A sharp thriller with great atmosphere, set in Northern Ireland and tied up in the ever-knotty history of “The Troubles” (which one character refers to as “the madness of Belfast”), Bad Day for the Cut delivers its cinematic goods thanks to a smart combination of wit and violence, briskly delivered over just under 100 minutes. Featuring a strong ensemble cast and solid camera work, the film starts out as one kind of story before metamorphosing into a bittersweet tale of retribution that never fails to engage. If you like movies about unlikely heroes who make good, even at great personal cost, then Bad Day for the Cut is sure to please.

Nigel O’Neill (Behold the Lamb) plays Donal, a middle-aged, unmarried farmer still living with his mother. When their home is invaded and she attacked, Donal’s life shifts from tranquil, if boring, calm to adrenaline-fueled mayhem. With his full beard lined with gray and soft paunch, Donal may not look like much, but he’s a resourceful chap, tough and able with wrench and gun, so soon he turns from prey to predator, very much turning the tables on his aggressors. Along the way, he picks up a Polish sidekick – a coerced member of the gang targeting him, who decides to help, instead – making this a kind of twisted version on the Irish-Polish friendship profiled in the rock-musical Once. It’s not just violent payback, however, as director Baugh – whose first feature this is – takes intersperses the action sequences with gentle human touches, such as the meal-pauses that Donal takes now and then (he likes to eat). As grim as we can guess the finale may be, there’s always time for the occasional joke, as well.

Beyond O’Neill (excellent in his role), the cast includes Józef Pawlowski (Warsaw ’44) as Bartosz – that reformed gangster – and Susan Lynch (Here and Now) as the main antagonist, among many others in the strong ensemble. And though the film’s final act strains a bit of credulity, overall the pacing is solid. “You get what’s owed,” says Donal’s mother to him in the opening. She means that he needs to argue for proper payment on a freelance mechanic job he’s just done, but that phrase serves as the mantra for the film. There’s no escaping the sins of the past, especially in Ireland. Donal go Baugh (and Bragh). 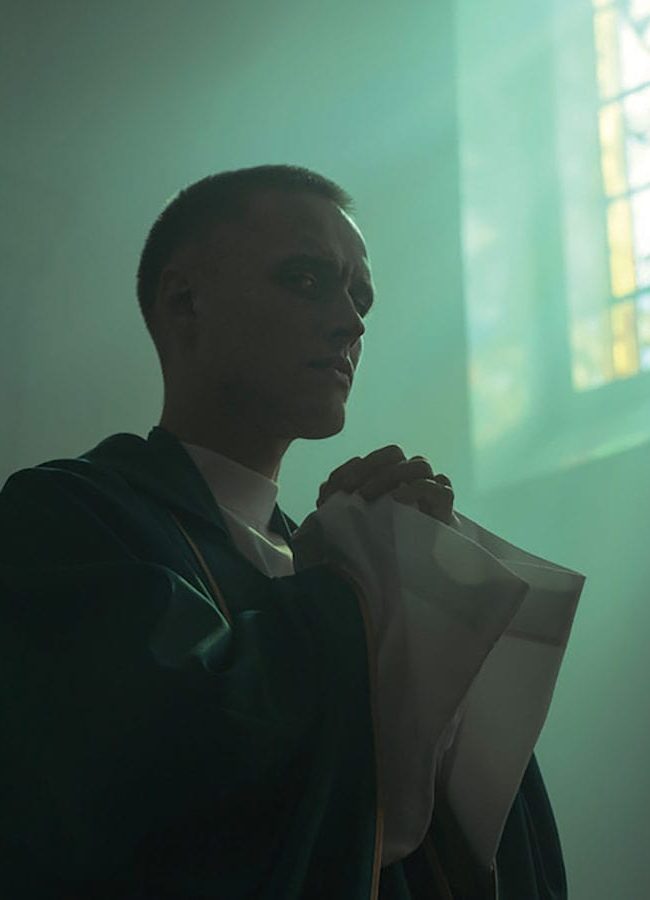