Alice, as a young wife and mother, struggles with the usual work/life balance issues of most women with distracted husbands, though she is otherwise happy. If she and François look like a mismatched couple – he a frustrated writer-wannabe, she far less intense – we have no inkling of anything truly wrong. Until, that is, he swigs from a bottle of Jack Daniels one morning on his way to work and then vanishes, leaving Alice with enormous bills to pay lest they lose their apartment. It’s a rude awakening for someone who assumed she had solved life’s major questions.

As Alice explores ways to solve her impending debt crisis, eviction looming and François still absent, she discovers the disturbing truth of the secret activities that led her husband to mortgage their future (hint: it involves prostitution). Soon, she travels down an unexpected path of seeming sexual degradation, which she spins as personal liberation, earning the funds needed to stave off homelessness. But then François returns, expecting forgiveness and a return to normalcy, all for the sake of their son. What is a newly emancipated woman to do?

Writer/director Josephine Mackerras, making her feature debut, explores issues of female agency and sexual power in an innovative way, taking what could be sordid and giving it a mostly positive slant, or at least one where the actions taken are normalized as a reasonable response to circumstances. Though the drama is often fraught, there is humor, as well, whether it be over the challenges of talking with a condom in one’s mouth, applying said condom without damaging one’s partner, or engaging in potentially distressing role play that is more funny than frightening. And even if I thought some of Alice’s choices were undertaken too quickly – were there not any other ways to make money? – I appreciated the lack of moral condemnation in the mise-en-scène. Men are pigs; make the most of it.

Lead actress Emilie Piponnier carries the story on her thin, but strong shoulders, much more than the blank slate she first appears. Chloé Boreham, as the friend she makes through her new line of work, is also excellent, and Martin Swabey does what he’s supposed to do in his role as François, self-pitying narcissist that he is. Though occasionally marred by on-the-nose dialogue, Alice remains, throughout, an engaging tale that offers many welcome surprises.

In French, with English subtitles. 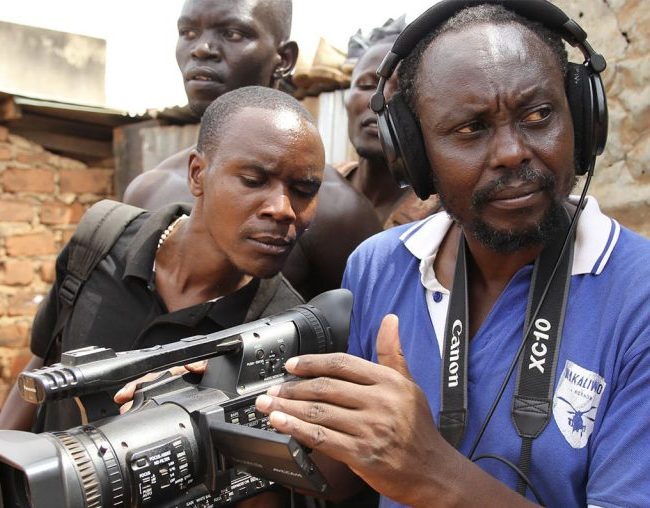 ONCE UPON A TIME IN UGANDA