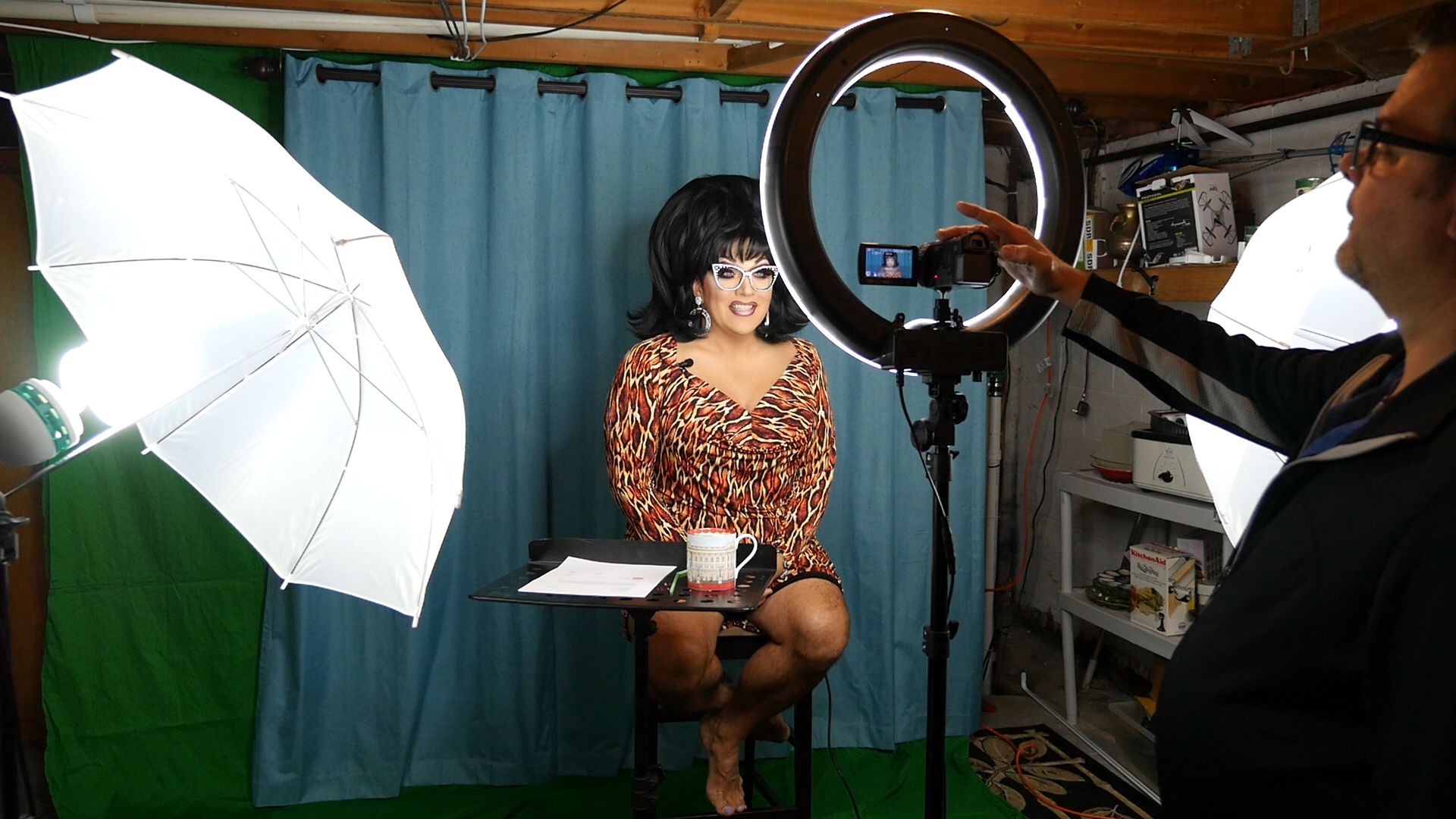 Love it or hate it, RuPaul’s Drag Race has forever changed the world. I’m not even sure I need to say love it or hate it because I seem to be the only one in the queer community troubled by somebody profiting off an art form that has its roots in being done simply for survival, turning it into some sort of game show equivalency where people are given scores and judged and the ‘t word’ is thrown around such that it makes everyone else thinks that it’s an acceptable word to use daily language. And yes I’ve seen Pose, I know perfectly well that scores and cattiness have always been a part of drag culture but that was in private communities not on display for the whole world. Still, for many people, RuPaul’s Drag Race is the goal they set for themselves from the moment they step on the stage.

All of this background is to say is that Workhorse Queen is the first film I’ve seen about a drag queen that even starts to deal with the difficulty and monolithic placement of RuPaul. Looking at the show through the eyes of Mrs. Kasha Davis, a suburban diva that has been performing for 18 years before she finally got her chance, Workhorse Queen turns the camera on the daily lives of the people who are working at drag but aren’t a superstar. It also is a great snapshot of someone (Ed Popil) who found himself in on stage, in his domestic homage to his mother at a time in his life when he really needed that. It is years later when Drag becomes ‘the drag’ of having to yearly audition for the show. Popil is a happily married man (his husband refers to himself as Mr. Kasha Davis) who once had a career managing a telemarketing center in post-industrial Rochester NY, the small community he found after divorcing his wife and coming out. Ed discovers himself truly later when he steps on stage in the welcoming society of fellow local drag queens, all ready to share and help each other find their space. Only after RuPaul’s Drag Race became a huge hit that it did Popil’s focus became less on performing for fun and more to get ready or to get noticed for the show. Semi spoiler alert, she got on the show. Even further spoiler alert, she didn’t last very long. So what does a queen do when she has achieves her throne but then quickly loses it?  Now a minor celebrity, Mrs. Kasha Davis/Ed Popil struggles to make ends meet but fulfill personal appearances that allow her to keep her character in the public consciousness or maybe even get an invite to Drag Race All Stars.

Lovingly filled by director Angela Washko, Workhorse Queen lets the audience in on the personal life of the man behind the woman inside the dress. With Ed on screen almost as much as Kasha, it dispels any idea people may have that drag 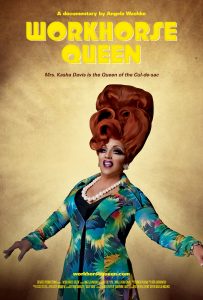 queens live in their pin-up world 24/7. Popil is very honest about his ups and downs, and so is his supportive husband, offering an intimate portrait of life off the stage – mostly in the car driving from event to event. The director pulls no punches in the film, even when Kasha is snubbed by a few of her fellow cast mates like some also ran. Popil is also very honest about what this has done to his life and questions whether being on the show has been a good or bad thing. The film is well structured, moving along in mostly chronological order but jumping around as necessary to tell story. We are also treated to at least one other aging Diva attempting to make it on RuPaul, who has failed even longer than Kasha Davis to get accepted on the show. It’s tough to watch at times because it is hard not to think that some of the joy and validation they felt on stage has been stolen by this need to get national attention.

In a perfect world I would have loved an interview with RuPaul herself about what her show has done to the once fringe community. However, the fact that the director has about as much access to RuPaul as Kasha Davis does itself seems sort of fitting. I also would have loved if Popil had been more critical of what the show has done to a formerly supportive community which is now forced to compete on a national platform, but maybe he doesn’t feel that way. Maybe he’s too wrapped up in the potential payday just as much after the show as before the show to see it the way I do. Either way, Popil/Davis always comes out as completely honest and their attitude this makes you root for this Workhorse Queen at every step of the way. Is this a film for people who love RuPaul’s Drag Race? Absolutely. Is this a film for people who question it? Yes, absolutely, as well. I caught myself rooting for Mrs. Kasha Davis to make it to All-Stars. Hopefully this documentary is what puts her over the top.

Author’s Note: Workhorse Queen screened as part of Slamdance 2021. In 2019, Slamdance awarded a Grand Jury prize to Nicole Brending’s Dollhouse: The Eradication of Female Subjectivity in American Popular Culture, a film called out for transphobia by over a dozen critics (See here here here and here for examples) Slamdance has yet to issue an apology. The UK organization TransActual has a great explanation of Transphobia and other useful resources in case you would like to know more.